Woman assaulted during dispute over face mask inside NJ Staples 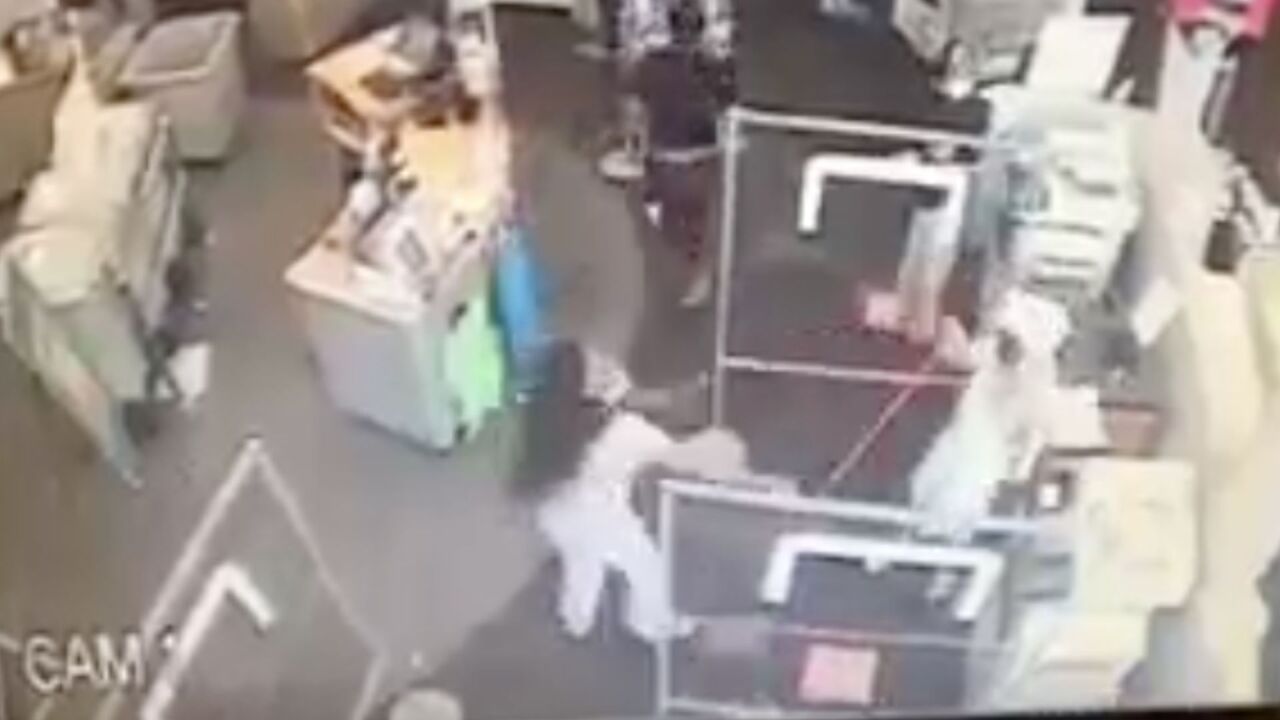 A woman was assaulted inside a New Jersey Staples store following a dispute over face masks on July 29, 2020, police said.<br/>

The 54-year-old victim told police she was using the fax and copier machine inside the Staples along Hackensack Avenue when another customer approached a nearby machine with her face mask pulled below her mouth.

The victim, who had liver transplant surgery four months ago, told the other woman to put her mask on, authorities said.

The woman then became angry and yelled at the victim, who picked up her walking cane and pointed it at the suspect, according to police.

Video surveillance then shows the suspect throw the victim to the ground before leaving the store.

Do you recognize her?
Police are searching for the suspect who assaulted a woman during a dispute over a face mask at a Staples in NJ.

The victim was taken to the hospital for a fractured left tibia, police said.

The Hackensack Police Department has asked for the public’s help to identify the suspect.