Van crashes into NJ home, sinks into basement with driver inside 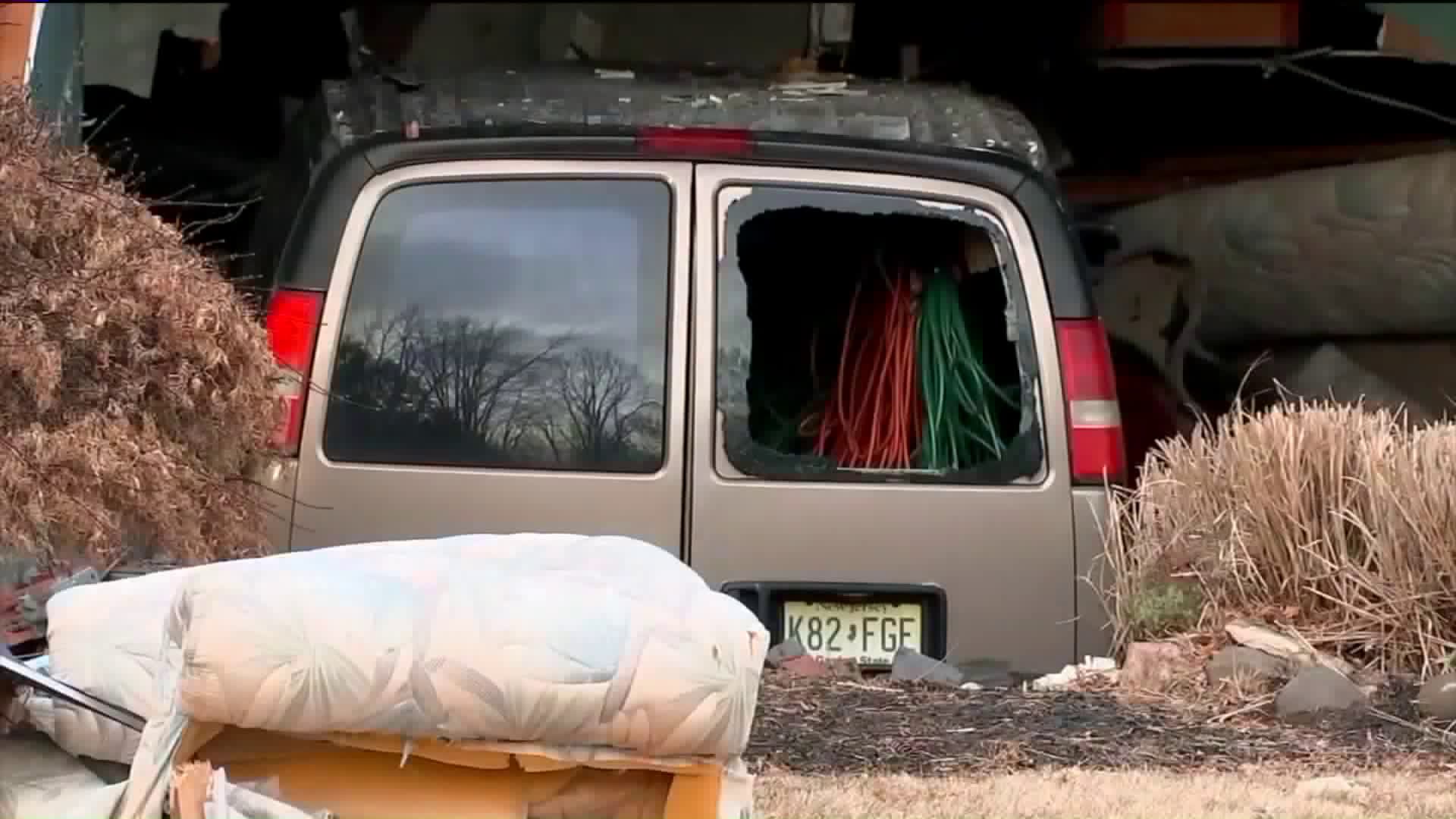 What it caused it to happen is still a mystery: A van wound up crashing through the front of a home on Buck Road in East Brunswick.

EAST BRUNSWICK, N.J. — What it caused this to happen is still a mystery.

A van wound up crashing through the front of a home on Buck Road in East Brunswick.

The living room floor then collapsed, dropping the vehicle into the basement.

The precarious situation made it difficult for rescue crews to free the driver from the van.

The jaws of life were used to cut the driver out.

The driver is in critical condition at a nearby hospital.

Kelsey Fasullo, who spoke to PIX11 nearby, said she's glad the homeowners are okay after hearing what sounded like an explosion.

"Then I saw there was no cars in driveway, so I was kind of relieved that they weren't home or anything."

The house has been deemed uninhabitable.

Fasullo said her friend saw the van driving erratically before the crash.

It's unclear at this time if the driver suffered a medical condition.

"I feel bad for the driver obviously because I'm happy they weren't home and nobody else got hurt."

The couple that lives here has a vacation home where they're staying Saturday night, according to neighbors.