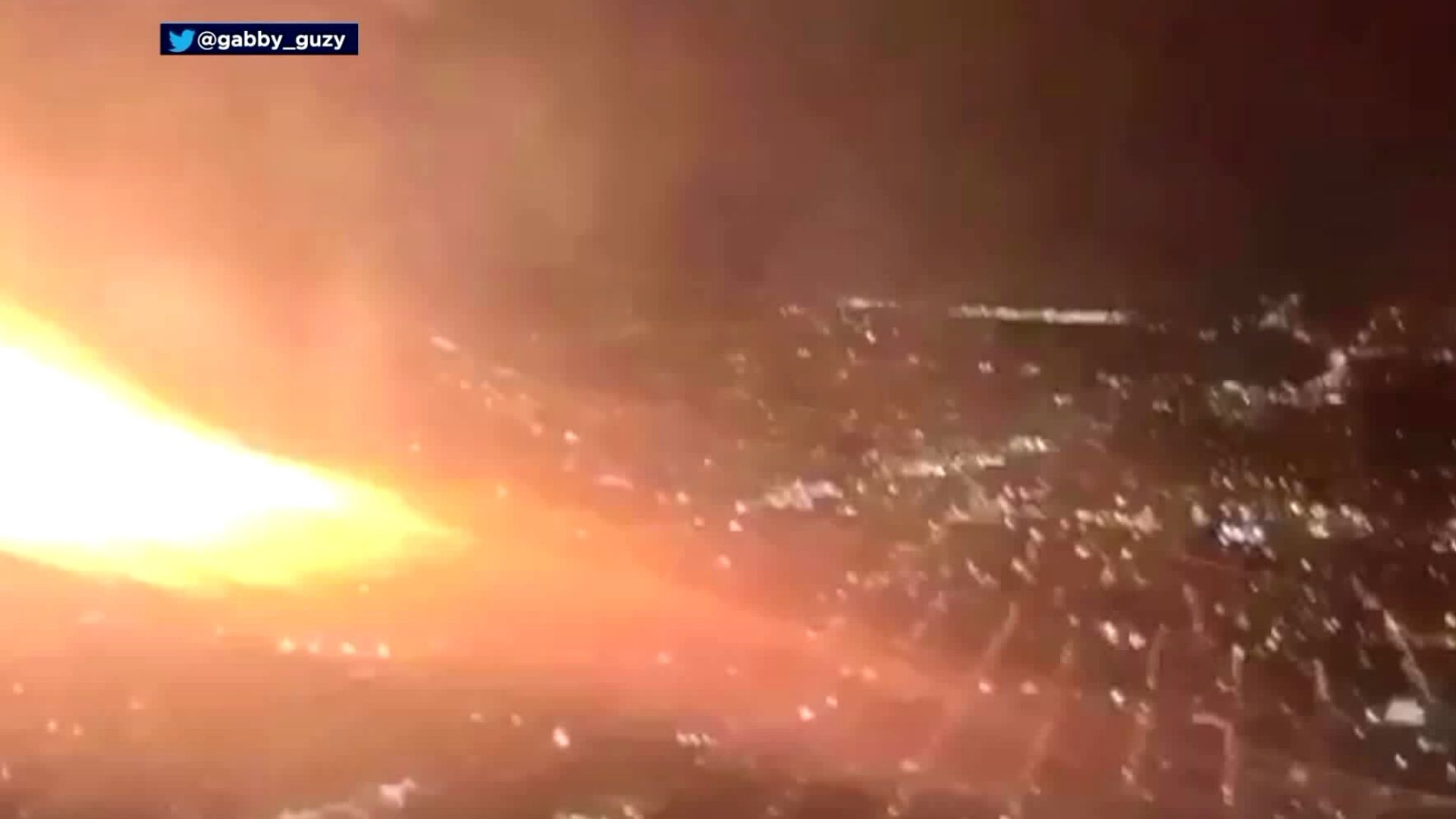 An engine malfunction forced a United Airlines flight to make an emergency landing back at Newark Airport minutes after taking off from the New Jersey airport Wednesday night, Jan. 15, 2020. passengers tell PIX11 News. One passenger's video appears to show flames shooting from the plane's engine after taking off. The plane safely landed back at Newark and passengers said they were given snacks, meal vouchers and travel vouchers worth $175 toward a future United trip.

Twitter user @gabby_guzy, a passenger on that flight, tweeted a video from the plane window that appears to show flames shooting out of one of the jet engines.

"Nothing sounded bad before it happened. Just while it happened," the woman told PIX11. "The closest sound I can think of is [gunshots] when each spark ignited," she explained.

The flight was originally set to travel from Newark to Los Angeles, with 168 passengers on board, according to United.

"Most terrifying experience of my life," wrote Twitter user @Nickilishious, who live tweeted the nerve-wracking series of events.

"United 1871 from Newark, New Jersey to Los Angeles returned to Newark due to a mechanical issue. The flight landed safely and passengers deplaned normally. We changed aircraft to get our customers to their destination as soon as possible," United Airlines said in a statement to PIX11.

The passenger told PIX11 that even before getting off the ground the flight was delayed out of Newark due to "some sort of issue." The crew even boarded passengers once before having to deplane them due to the ongoing issue.

"We finally all boarded and took off, and about a minute into the flight that happened," she said referring to her frightening footage

"The captain said that the engine malfunctioned but they got it back to being stable and would get back to us when they [had] more info. He said that we were fine but would be going back to New Jersey," she said.

The flight circled the area for about 20 to 30 minutes before landing back at Newark, the travelers said.

According the woman, United gave passengers on the flight snacks, meal vouchers and travel vouchers toward a future flight purchase with the airline.

No injures were reported from the incident and the passengers' new flight reportedly left Newark around 2:30 a.m., set to land in Los Angeles later Thursday morning.

Newark Airport nor the Federal Aviation Administration have released statements about the incident.

The plane I was on had an engine malfunction minutes after take off 😳 pic.twitter.com/maaGiLHD24

Most terrifying experience of my life. Flight delayed 2 hours for Maintence issues. Flight takes off, Right wing of the plane (where I’m sitting in the aisle seat) sparking & now one engine failed. They’re making announcements but i can’t hear anything b/c people are screaming.