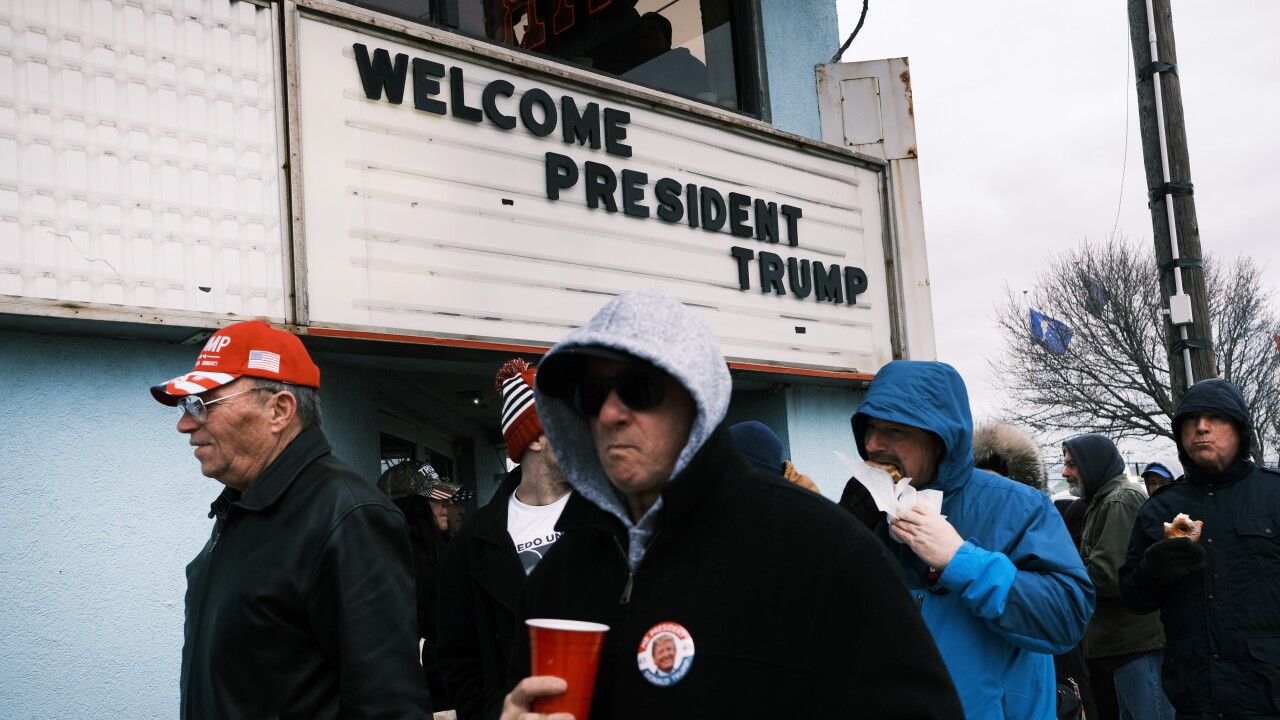 Spencer Platt/Getty Images
WILDWOOD, NEW JERSEY - JANUARY 28: Thousands of Donald Trump supporter’s line-up for an evening “Keep America Great Rally” at the Wildwood Convention Center on January 28, 2020 in Wildwood, New Jersey. Trump was in the Southern New Jersey town to show support for Democrat-turned-Republican U.S. Congressman Jeff Van Drew. Some Supporter of the president had been in line since Monday morning. (Photo by Spencer Platt/Getty Images)

President Donald Trump is spending a particularly busy day moving on several fronts at once toward a common goal: shoring up support for his reelection bid.

He's unveiled a long-awaited Mideast peace plan. His legal team has delivered a fiery, TV-friendly defense on the floor of the Senate.

And he's headed for deep blue New Jersey on Tuesday night to fire up supporters and back a newly minted Republican ally.

Using both the power of the presidency and his robust reelection bank account, Trump is reaching out to different groups, trying to push past the impeachment trial that has cast a shadow over the White House.