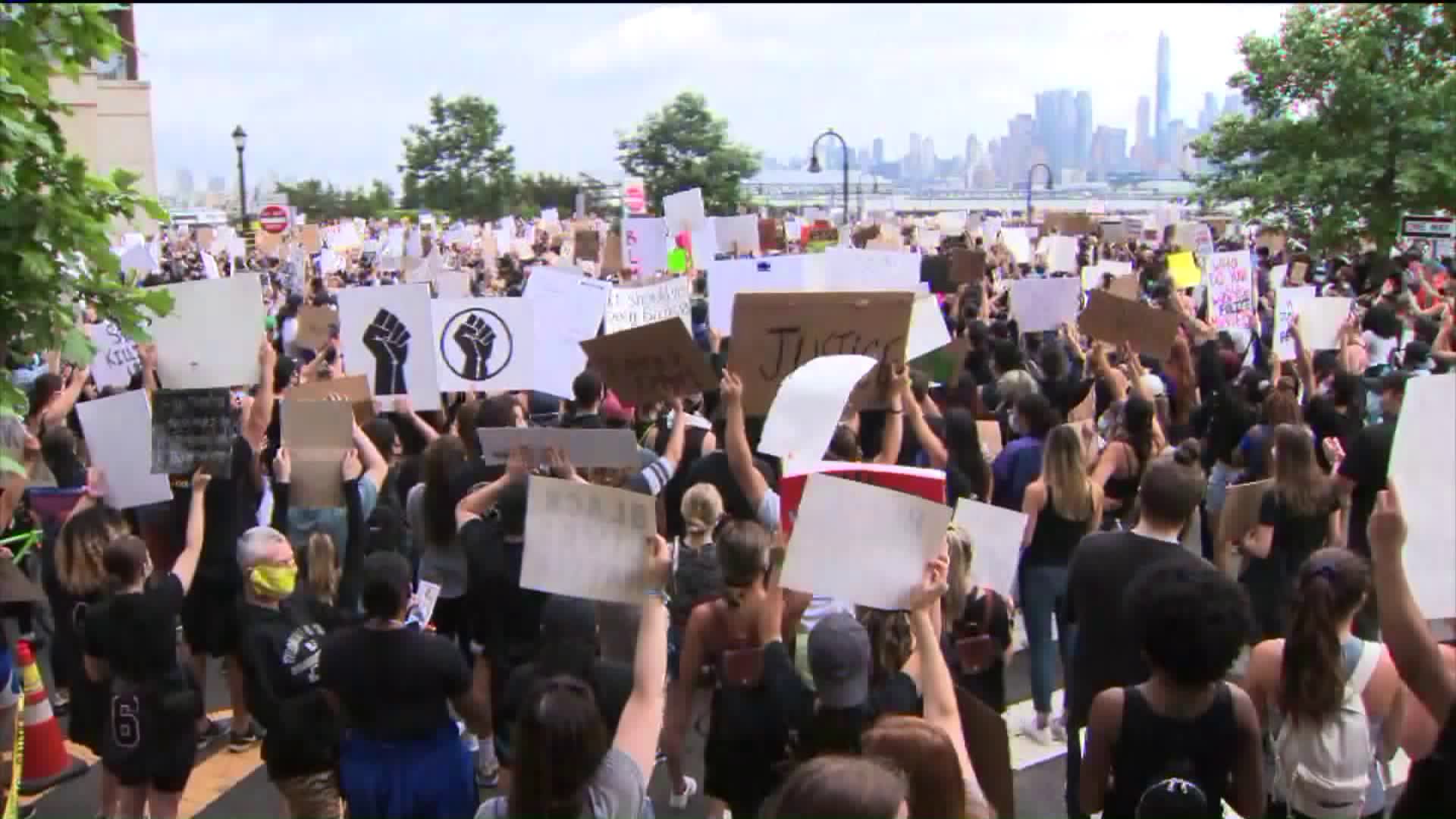 The marches were peaceful, with the mayor among those demonstrating.

Thousands marched the length of the city — from Maxwell Park on 11th Street, to City Hall near 1st Street — in Hoboken, Friday, as county, state and local police were brought in from neighboring cities to line the route of protesters.

With their hands up and their voices loud, protesters poured down Sinatra Drive.

Police did not interfere, but some in the crowd did become tense when they reached the police station downtown, as they stood inches from a barricade lined by state police officers who refused to kneel.

A single water bottle flew through the air — but others quickly shouted down the act.

"Who did that?" screamed one man.

Barricades blocked protesters from getting anywhere close to the police station.

Several Hoboken police officers did take a knee with protesters when they marched on the river.

“That’s why we’re here, because we want to get treated fairly," said John Aviles, a long-time Hoboken resident.

Many businesses boarded up shop, but one outlier was Basile’s Pizza, which kept their doors open wide as they handed out free pizza and soda to protesters.

Hoboken Mayor Ravinder Bhalla and his family also marched through the city with protesters. He signed a pledge to review Newark's use of force policies.