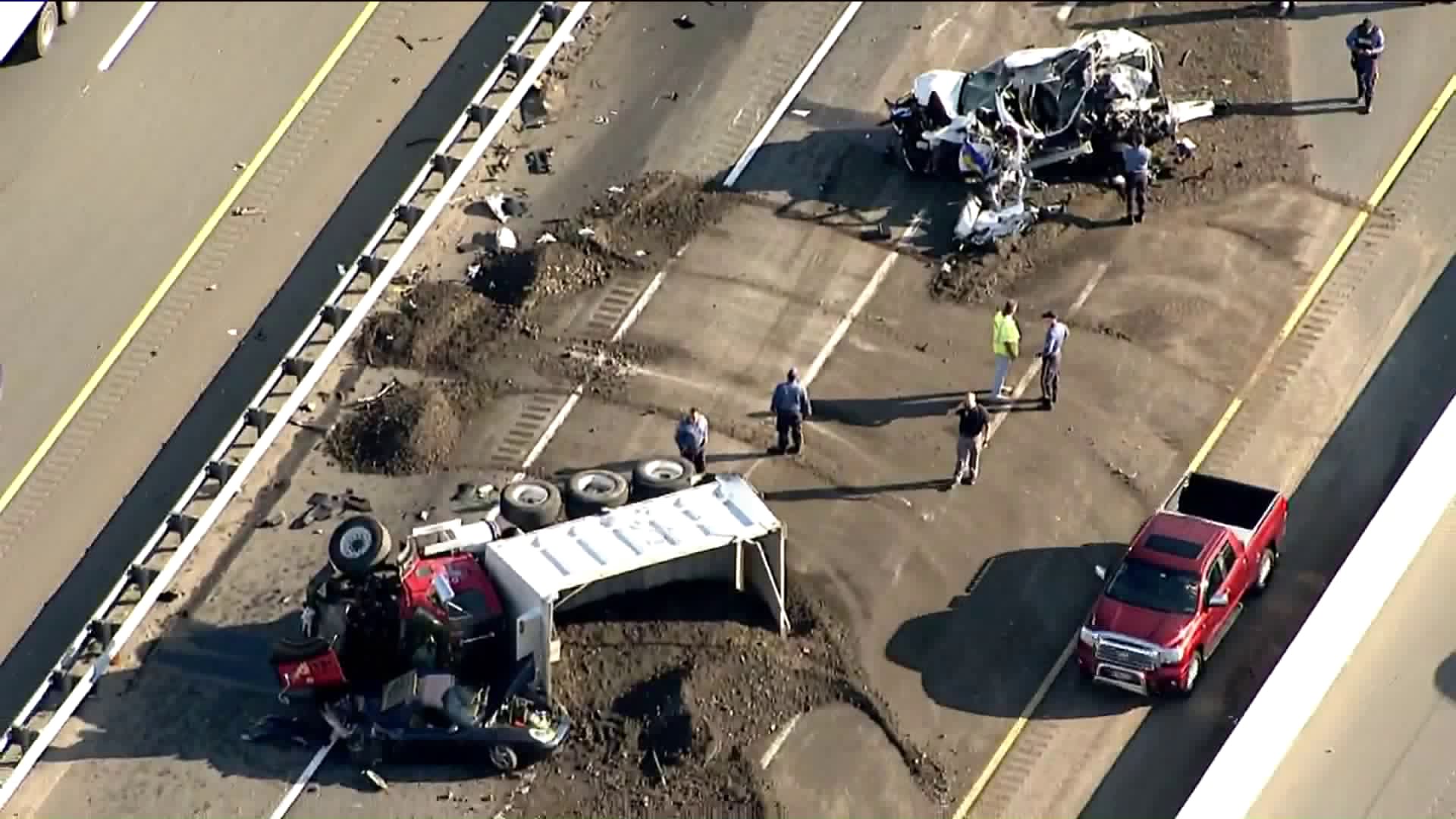 AIR11 was over the scene of a serious crash on the New Jersey Turnpike Monday Morning involving a dump truck and two cars, one of which appeared to be a New Jersey State Police vehicle. The state police said one trooper was hospitalized with non-life-threatening injuries in the crash.

According to the state police, the crash occurred in the southbound express lanes of the highway and involved the trooper's vehicle, which appeared to be destroyed in live video from AIR11 over the scene.

The trooper was ejected through the front windshield of the vehicle and flew 30 feet in the air, Callahan said.

Video from AIR11 showed the dump truck overturned and a third damaged vehicle, a sedan, on the highway, just south of Interchange 8-A near Cranbury.

State police said the trooper was hospitalized with serious injuries but he is expected to survive, according to Callahan.

The trooper's name has not been released.

The crash is under investigation.