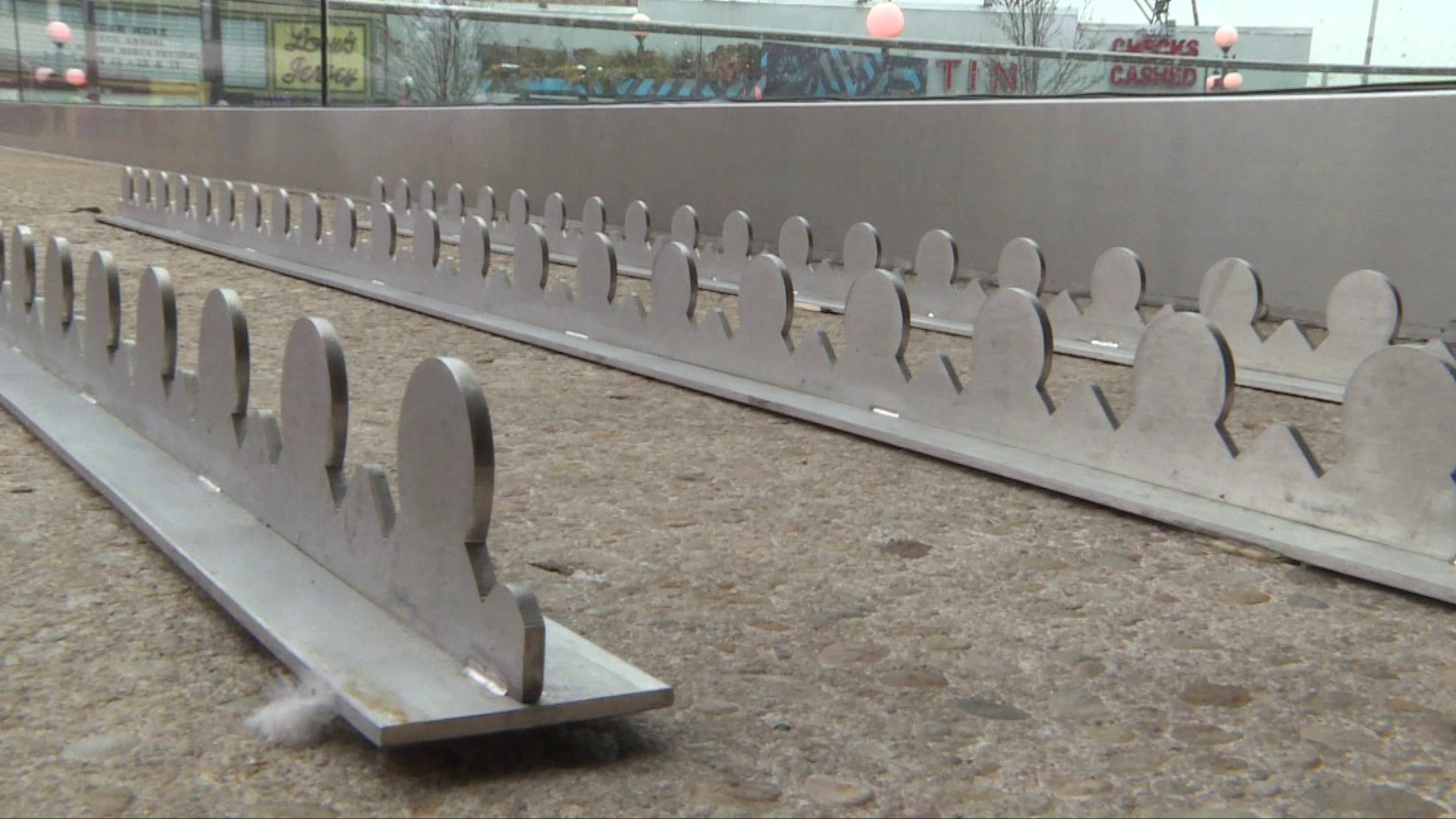 Right outside the Journal Square PATH station in Jersey City, metal spikes have been installed on the benches where homeless people often congregate. It’s one of the few public areas where the homeless can find shelter in the rain or snow. An overhang at this location provides cover from the elements.

JERSEY CITY, NJ — Metal spikes have been installed right outside the Journal Square PATH station in Jersey City on the benches where homeless people often congregate. It’s one of the few public areas where the homeless can find shelter in the rain or snow. An overhang at this location provides cover from the elements.

"People have no where to go and when it’s raining, sometimes you want to come up here and sit down," said Horace Davis.

Meanwhile in the same plaza, a structure has been put up to protect bicycles from the rain or snow.

"Yes, the folks who take the bikes to work need a secure location, but the fact is that there are humans out there," said Sudhan Thomas, head of the Jersey City Board of Education. "I mean, the Port Authority is acting like the Grinch that stole Christmas."

Jersey City recently brought a mobile van with showers in it to help aide the homeless population. In addition to hot showers, they offer clean clothing and make an effort to connect the homeless with services that can get them back on their feet. It's all part of a new pilot program the city is running.

"Thank God the mayor is helping us," said Shirley Robinson.

A Port Authority spokesperson said “PATH installed these sections as a means of ensuring a high level of safety and protection for both our customers and the homeless."

"People are still able to sit on these concrete blocks, but there have been several incidents in recent years in which people sleeping or resting on them have fallen, causing death or serious injuries," the spokesperson said. "We continue to work closely with Catholic Charities in New Jersey and Urban Pathways in New York City, as well as other organizations, to find shelter and other services for homeless individuals who often congregate at or near our PATH facilities.”