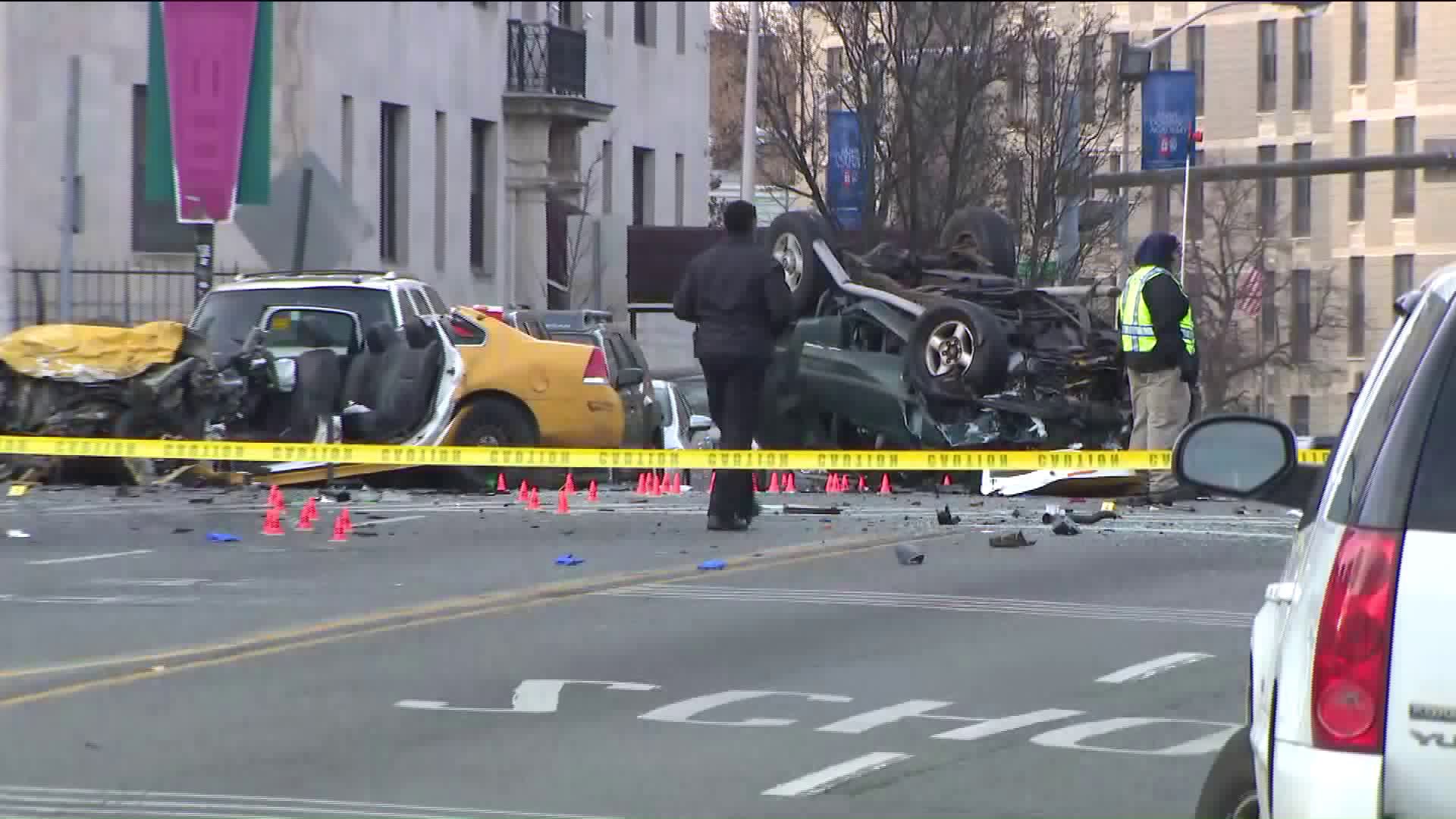 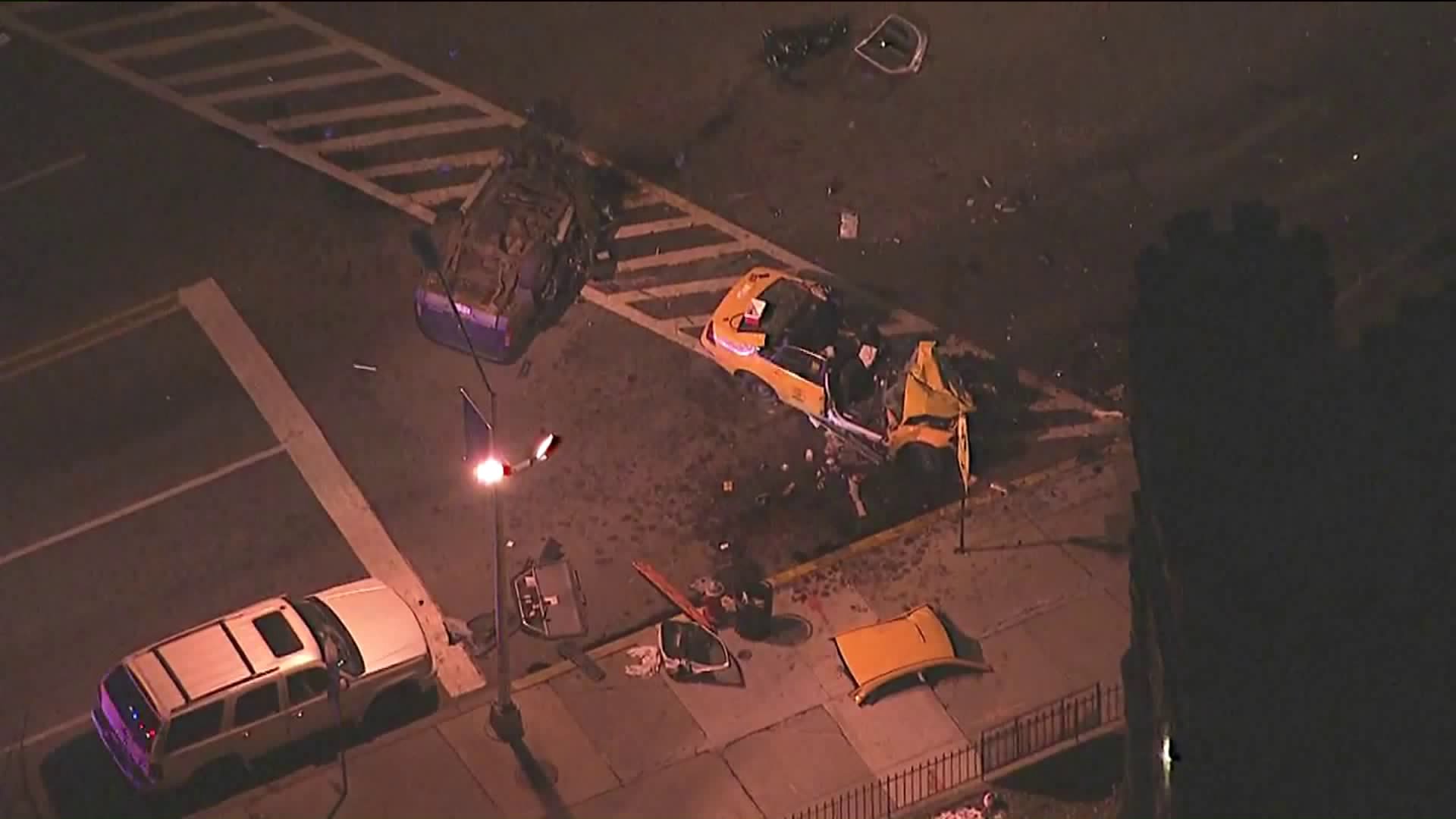 JERSEY CITY, N.J. — One man was killed and two others were injured during a high-speed collision in New Jersey early Friday.

Emergency responders were called to the intersection of John F. Kennedy Boulevard and Fairmount Avenue in Jersey City.

Video from AIR11 shows a taxi and an overturned SUV at the intersection. The debris field of the collision encompasses the entire intersection, which is currently closed to traffic, according to AIR11's Tom Kaminski.

One man was confirmed dead. His identity has not been released.

The crash is under investigation

CRASH UPDATE - The Hud Co Regional Collision Unit is confirming that this morning's two-car collision at Kennedy Blvd & Fairmount Ave in #JerseyCity has resulted in the death of an adult male along with 2 individuals with serious bodily injuries. The investigation is ongoing.