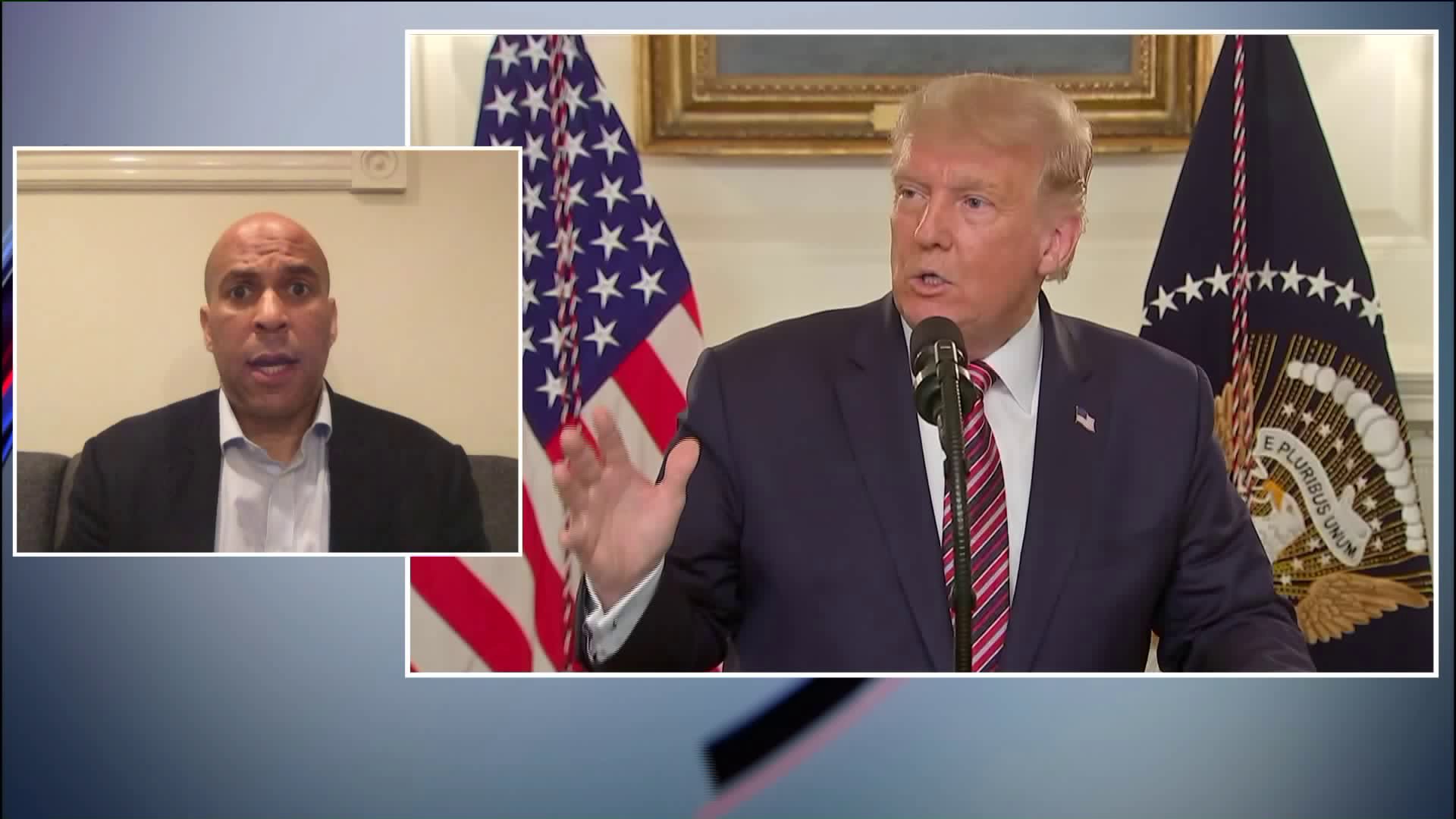 "We see other world leaders that were not playing it down, saved lives – Their countries now, their economies are opening back up and they're banning travel from America, because we had a president that told us that this was just gonna magically disappear, that this was not that bad, he encouraged people not to wear masks and go out and do their business."

Booker said he believes Americans want leader who is "forthright with the facts and also who bring us together as a country to meet our common foe."

Meanwhile, a GOP coronavirus relief package is facing dire prospects in a Senate test vote Thursday, with a filibuster assured as Democrats indicate they will shelve the Republican measure as insufficient.

Booker said he's frustrated with the "skinny, anemic bill" put forth by Senate Majority Leader Mitch McConnell, "at a time when we need big, bold action to help Americans."