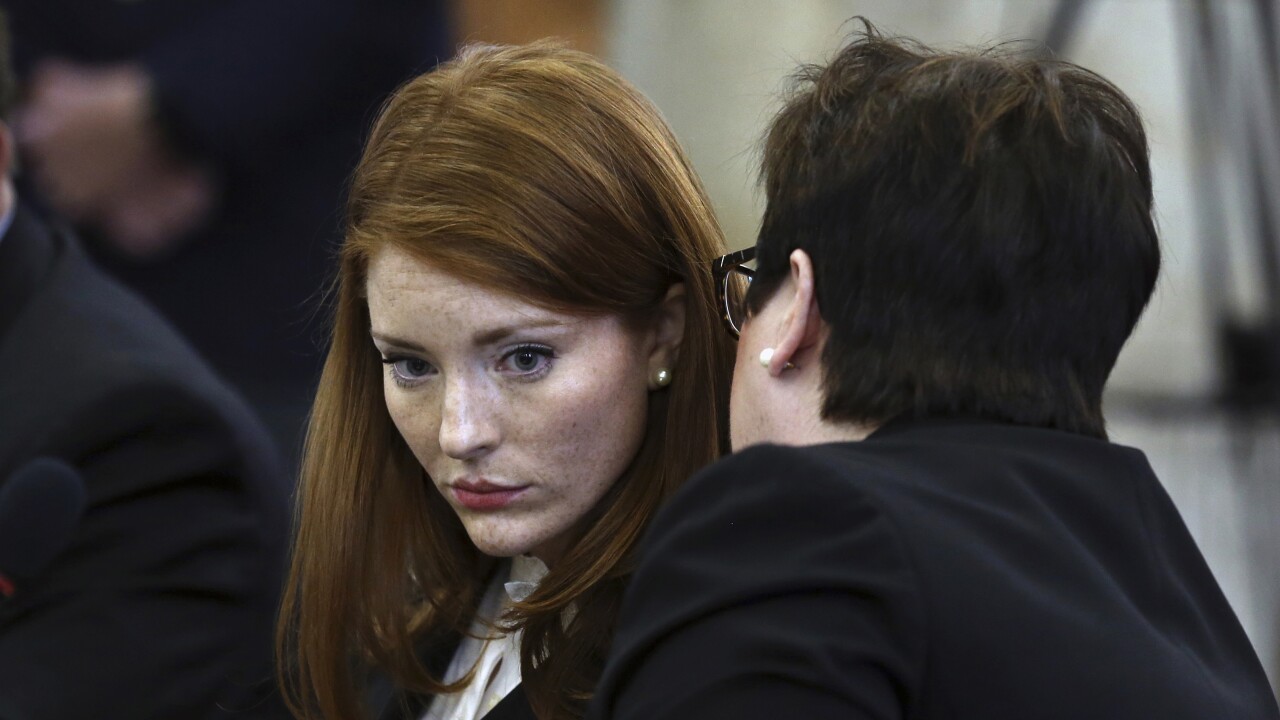 Mel Evans/AP
FILE - In this Dec. 4, 2018 file photo, Katie Brennan, left, the chief of staff at the New Jersey Housing and Mortgage Finance Agency, listens while testifying before the Select Oversight Committee at the Statehouse in Trenton, N.J. New Jersey Gov. Phil Murphy is backing the finding of an investigative report into his administration’s handling of a sexual assault allegation made by Brennan. But the legislative probe into the matter allegations isn’t over yet. (AP Photo/Mel Evans, File)

TRENTON, N.J. — Lawyers say a lawsuit by a state employee alleging that a fellow worker on the campaign of Democratic Gov. Phil Murphy raped her has been settled for $1 million.

The announcement Friday wraps up a case that reinforced perceptions of misogyny in state politics and led to a legislative investigation.

Katie Brennan says she will spend $400,000 of the settlement on legal fees and donate the rest to legal aid for people in need.

Her lawsuit named the state, the campaign and Albert Alvarez, the man she says sexually assaulted her.

Alvarez did not comment. Murphy called the settlement “fair and reasonable.”