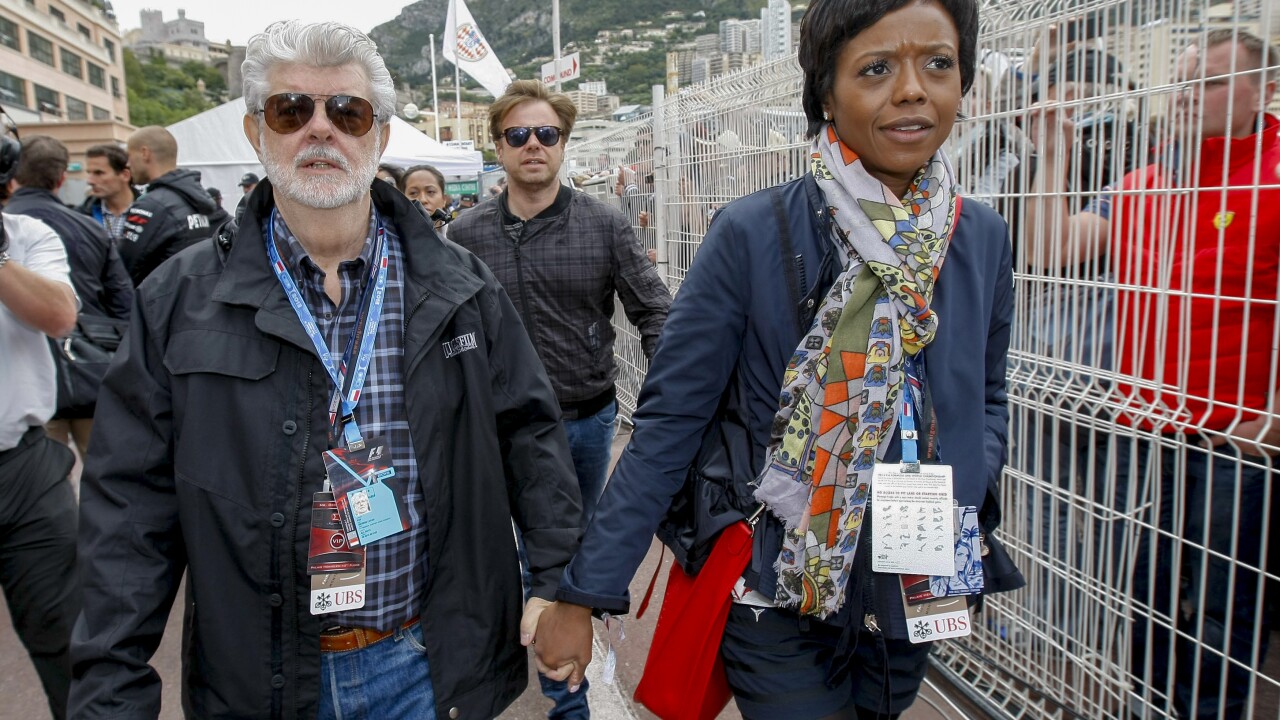 Claude Paris/AP
FILE - Mellody Hobson, right, walks with film director George Lucas after the qualifying session at the Monaco racetrack in Monaco, Saturday, May 25, 2013. The residential hall at Princeton that was named for Woodrow Wilson will be rebuilt and named for Melody, a Black woman who is an alumna of the school and a donor. Hobson graduated from Princeton in 1991 and now will be the first Black woman whose name is on a Princeton residential college, the dorms where freshmen live, (AP Photo/Claude Paris, File)

PRINCETON, N.J. — The residential hall at Princeton that was named for Woodrow Wilson will be rebuilt and named for a Black female alumni.

Mellody Hobson graduated from Princeton in 1991 and will be the first Black woman to have her name on one of the university's freshman dorms.

Hobson is the CEO of Ariel Investments and gave an undisclosed seed donation to fund the reconstruction of the dorm along with Hobson/Lucas Family Foundation.

In June, the university’s board decided to remove Wilson’s name from the public policy school and the residential college because of his racist views and support for segregation.

Hobson is married to George Lucas of “Star Wars” fame.