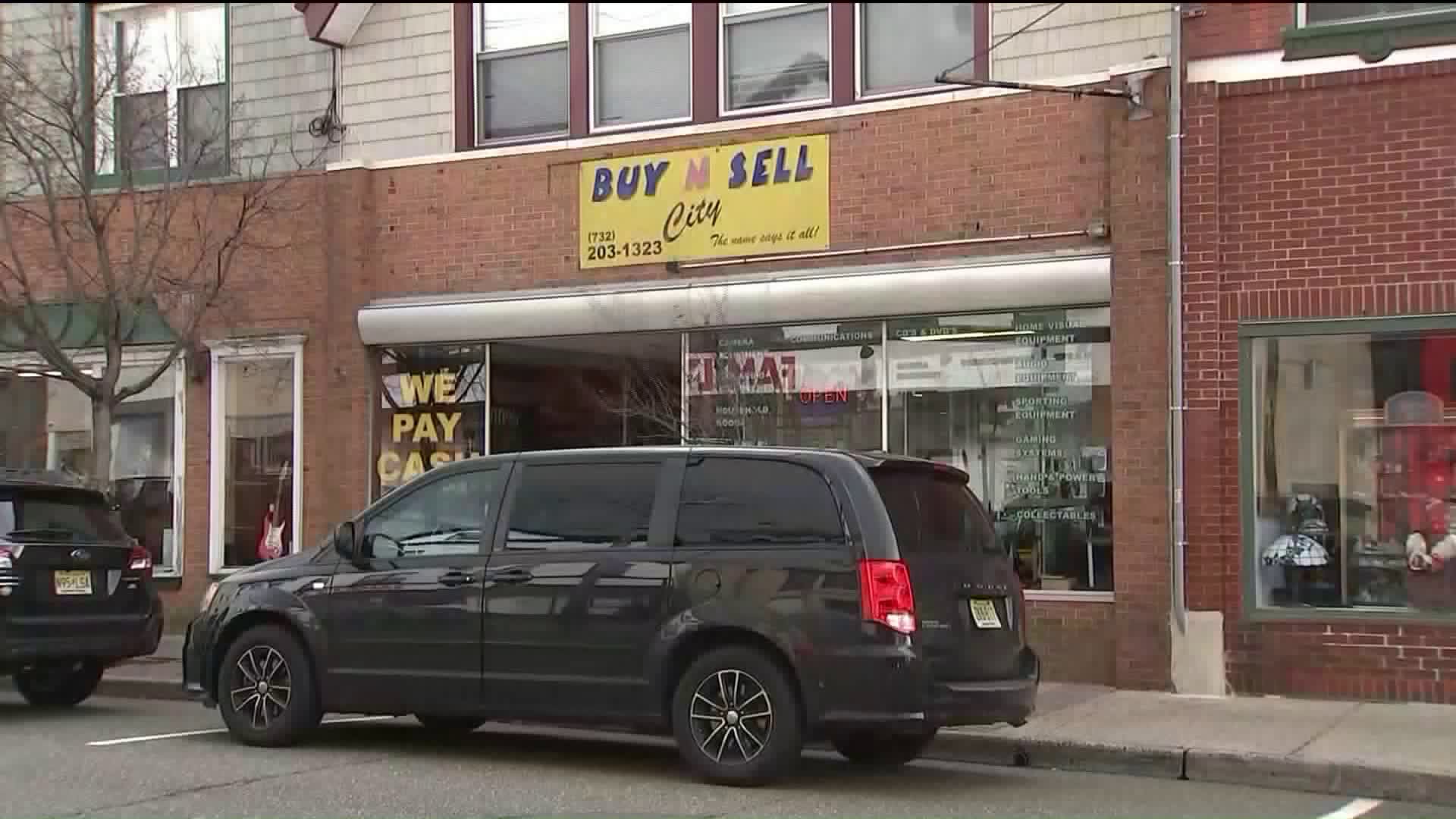 Federal agents arrested Ahmed A-Hady Saturday, a pawn shop owner in Monmouth County, whose number was found in one of the suspect's pockets. The FBI found assault rifles on his property. As investigators now look into A-Hardy’s connection to the shooters, residents in Jersey City are trying to heal and a wake is planned for slain Detective Joseph Seals on Monday.

KEYPORT, N.J. — A Monmouth County pawn shop owner whose phone number was found in the pocket of one of the Jersey City shooters has been arrested after the FBI recovered multiple firearms and ammunition on his property, court documents reveal.

According to a criminal complaint filed Saturday by FBI Special Agent Luciano Dimino III, pawn shop owner Ahmed A-Hady now faces a charge of possession of a firearm by a convicted felon after multiple rifles and handguns were discovered either in his business or home.

According to the document, after recovering a handwritten note from Jersey City shooting suspect David Anderson's rear pants pocket on the scene Tuesday, authorities determined a phone number on the note belonged to A-Hady and an address listed was his pawn shop in Keyport, New Jersey.

After making the connection, law enforcement traveled to the business Friday and interviewed A-Hady and two of his relatives, the document says.

Records show A-Hady purchased two Smith and Wesson handguns in the summer of 2007. When authorities asked him if he still owned them, A-Hady told them, "I have my license, they're not here." The pawn shop owner also said that in his line of business he had to have "some form of protection," according to criminal complaint.

A-Hady was convicted in April 2012 for attempting to obtain a controlled dangerous substance or analog by fraud, meaning he, as a convicted felon, cannot have a valid license to possess any firearms, the complaint explained.

After talking to A-Hady, one of his relatives told officials that his firearms were in a safe in the pawn shop and gave them permission to search it. Authorities recovered three firearms; a PK 380, a Ruger 9mm, and one of the Smith and Wesson handguns he had purchased in 2007, court docs show.

Law enforcement then searched the pawn shop and A-Hady's home and found six rifles, including three AR-15-style assault rifles, three handguns, a shotgun, and over 400 rounds of ammunition, including a large number of hollow point bullets, according to the criminal complaint.

A-Hady was subsequently arrested for knowingly possessing a firearm after being previously convicted of a felony.

Anderson and Francine Graham are the suspected shooters in last Tuesday's brutal attack on a Jewish supermarket that left four innocent people dead, including a Jersey City detective and three bystanders.

The two shooters then engaged in an hours-long gun battle with police that ended in them both being shot and killed.