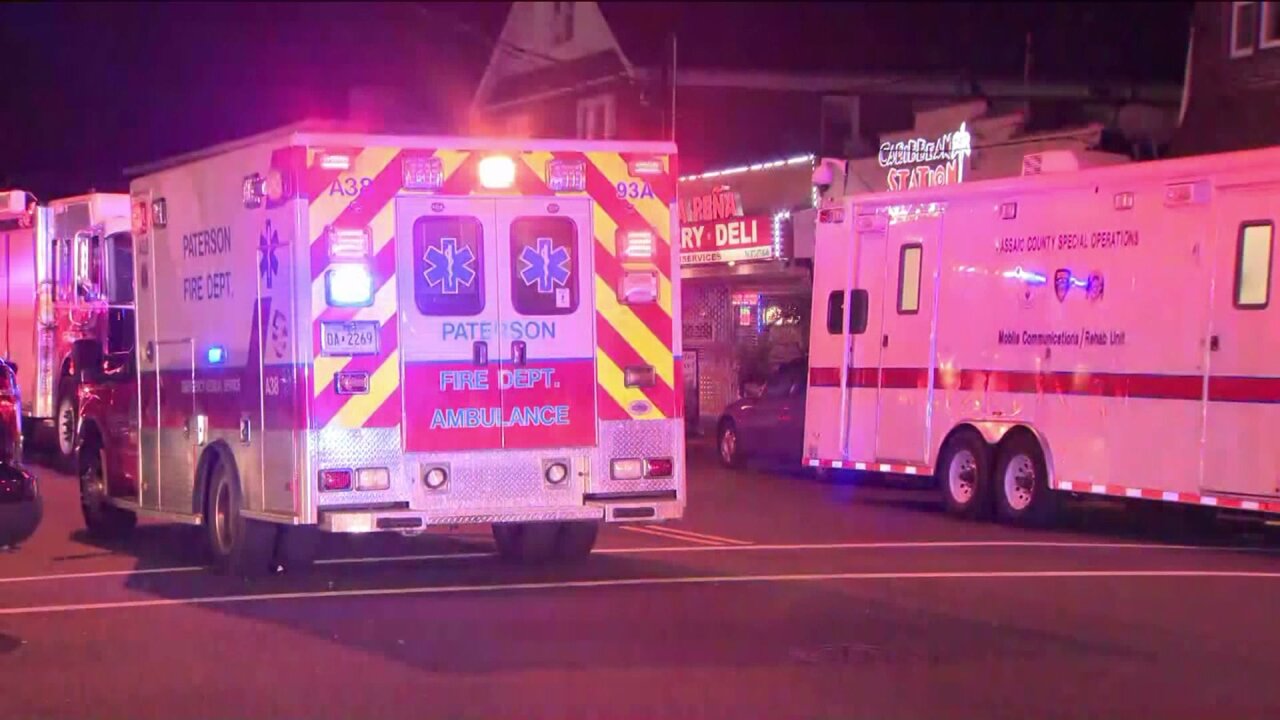 PIX11 News
Emergency responders on the scene after reports of a fire in Paterson, New Jersey, early Thursday, Aug. 6, 2020.

PATERSON, N.J. — Four firefighters were injured after a fire broke out in the basement of a New Jersey home that turned out to be a drug mill, officials said.

Initial reports came in just before 2 a.m. for a large blaze at a house on Illinois Avenue, near Trenton Avenue, in the city of Paterson.

According to the mayor's office, four firefighters were hospitalized after inhaling fumes at the scene. They are "doing well," officials said.

A hazmat squad was seen by PIX11 entering the home around 5 a.m. Thursday.

The investigation into the cause of the fire, as well as the suspected drug den, remains ongoing.