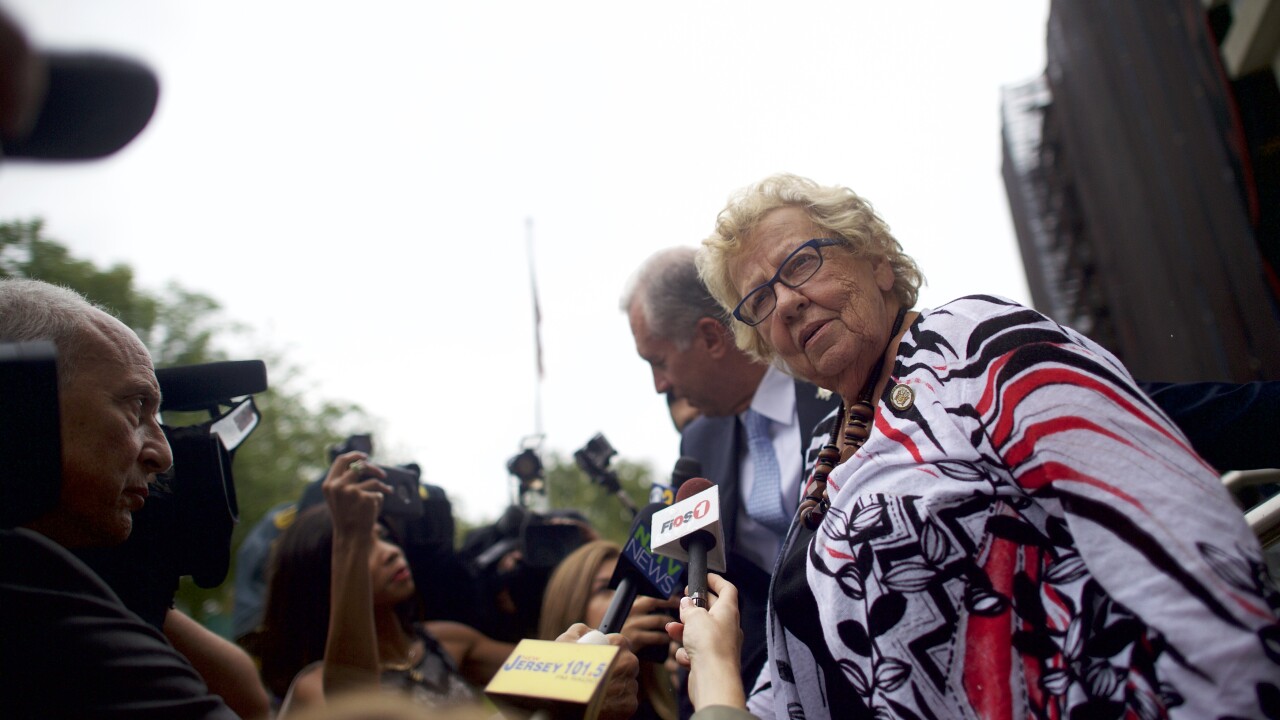 Mark Makela/Getty Images
NEWARK, NJ - SEPTEMBER 19: Loretta Weinberg, Majority Leader of the New Jersey Senate and John Wisniewaki, a New Jersey General Assembly member address the media outside the Martin Luther King, Jr. Federal Courthouse after opening statements were heard in the "Bridgegate" trial on September 19, 2016 in Newark, New Jersey. Bill Baroni, the former deputy executive director of The Port Authority of NY/NJ, and Bridget Anne Kelly, the former Deputy Chief of Staff to New Jersey Governor Chris Christie, are charged on a nine count indictment including conspiracy and fraud, which alleges that they caused extreme traffic and road closures on the George Washington Bridge. Consequently, commuters were stranded for hours, while emergency personnel were prevented from responding to 911 calls. (Photo by Mark Makela/Getty Images)

A legislative panel set up to look into allegations of widespread misogyny in New Jersey politics is set to hold its first meeting next week.

The forum will meet Tuesday evening in Fort Lee and is expected to be the first in a series that aims to shine a light on women’s experiences and to turn around what some officials said is “deeply rooted culture of misogyny.”