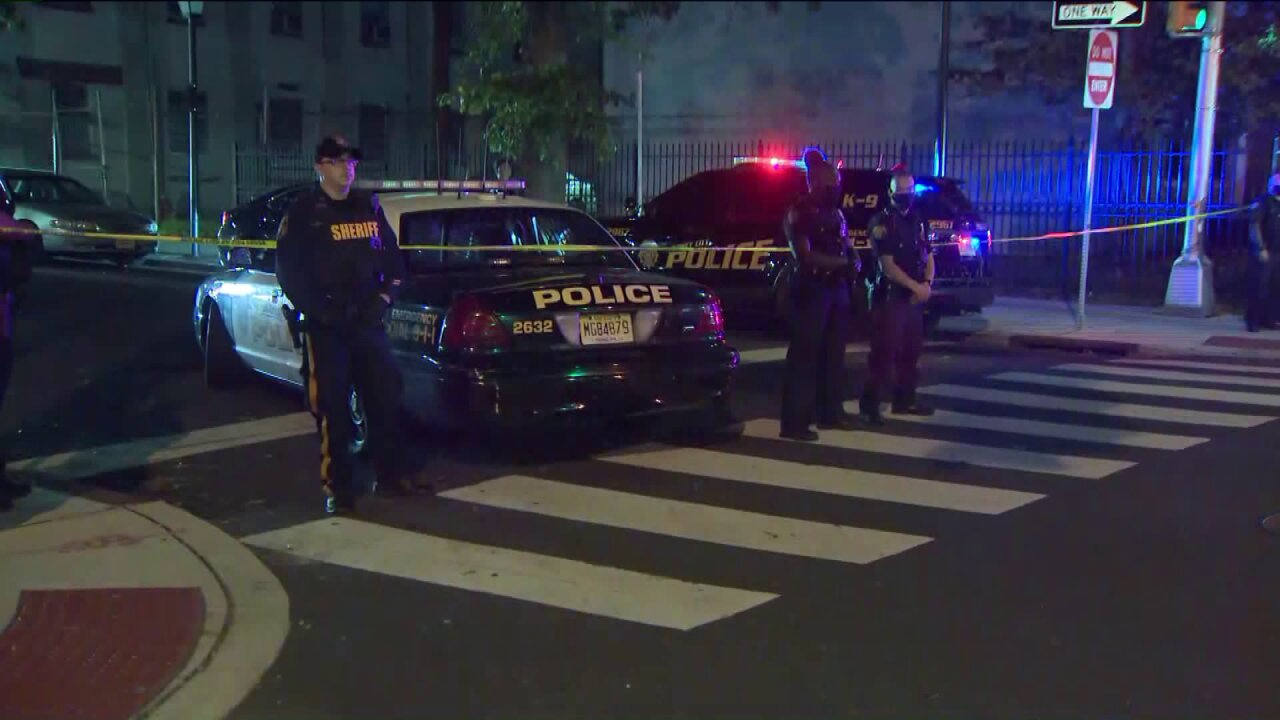 It happened at around 7:50 p.m., when officers actively surveilling a part of the city that had seen recent instances of violent crime witnessed an individual approach a vehicle and receive a hand gun, according to police officials.

As the officers approached the man, he fled, and a pursuit ensued. One of the officers, an eight-year veteran, fired three shots at the suspect, according to Public Safety Director James Shea.

The suspect, 21, was hit once in the wrist and was removed for medical attention, along with the officer.

The officer was not shot, though Jersey City Mayor Steven Fulop said the officer was shaken up, and called him "one of our better police officers," assigned to stop violent crimes.

When asked if the suspect was a part of an investigation related to the electronic surveillance the officers were conducting at the time, Shea indicated it was not a coincidence that the suspect was in the area.

Officials did not say what prompted the officer to fire his weapon, but did say a loaded, black, semi-automatic handgun was recovered from the scene.

When asked if the officer's life was in danger — seemingly additional questioning as to what prompted the officer to fire — Shea said the question was "ludicrous."

Fulop added that any time officers engage with an individual armed with an illegal handgun, their lives are in danger.

Each official at Tuesday's news conference — Shea, Fulop, and a Jersey City Police chief — mentioned or alluded to recent nationwide discourse regarding policing in America and social injustice. They stressed the need for transparency, which they said was the reason for the evening news conference, while underscoring that their local police officers have the goal of keeping the city safe for Jersey City residents.

The Hudson County Prosecutor’s Office said it is investigating the incident; all use-of-force is investigated independently of the police department.