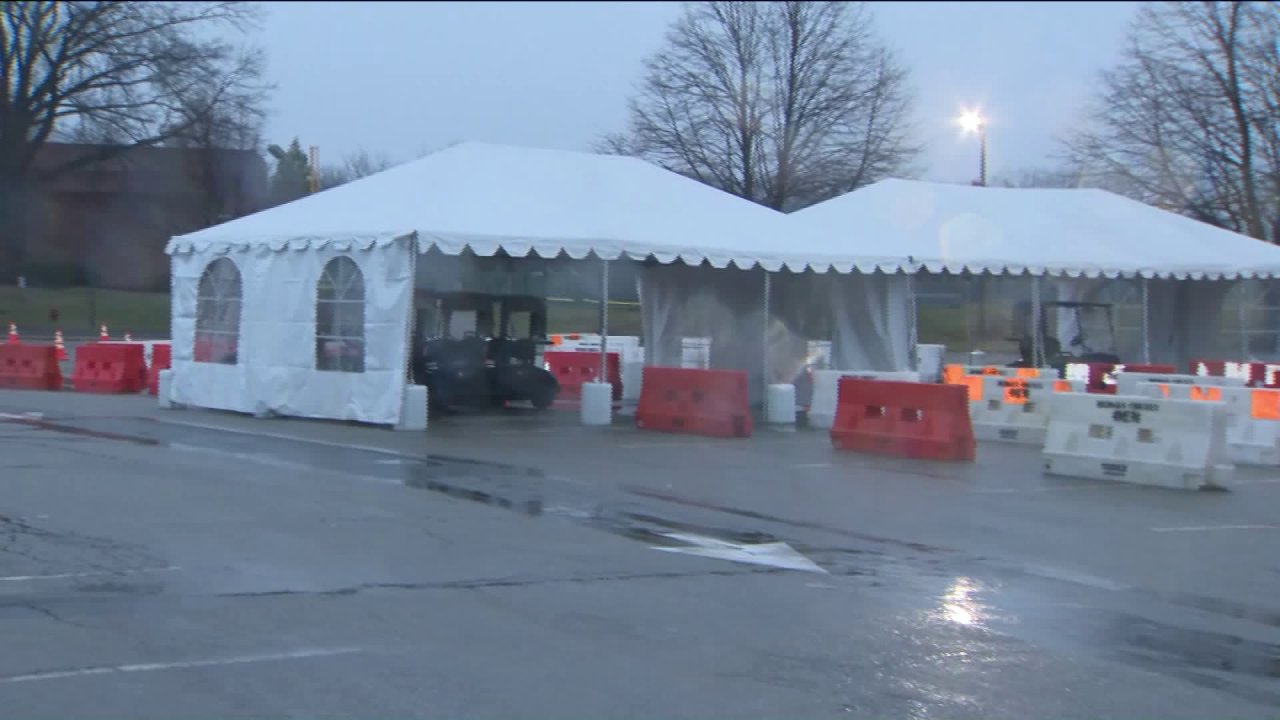 New Jersey's first and largest coronavirus testing sites are now being broken down, after a federal contract with FEMA expired today.

PARAMUS, N.J. — New Jersey's first and largest coronavirus testing sites are now being broken down, after a federal contract with FEMA expired today.

Both the testing facilities at Bergen Community College in Paramus and at PNC Bank Arts Center in Holmdel are now closed.

Instead of finding doctors and nurses in PPE, people pulling off the Garden State Parkway today for a test found tent rental companies breaking down.

"I didn’t think that they’d be closing this," said Joe McKay, who says he was tested in Holmdel once before. "I don’t think it’s a great idea," he said about the closure. "I think we should, the government should make it easy for everyone to get a test and make it convenient."

A FEMA spokesperson said today that these sites were meant to be short term all along.

"We’re at a much different place in terms of testing capacity and access to testing than we were when these sites opened in March," said Kaitlyn Woolford, who oversees the New Jersey Department of Health statewide testing strategy.

Woolford said New Jersey currently performs between 17,000 and 22,000 tests per day, and has completed over 1.3 million tests since the pandemic started.

Despite these sites closing, she says federal funds will continue to flow to select testing locations in New Jersey, at 39 pharmacy chains statewide where residents can still drive up.

While public health experts say that testing across the nation still needs attention.

“We didn't really ramp up our testing as much as we needed," said Dr. Ashish Jha, Director of the Harvard Global Health Institute.

Research from the Harvard Global Health Institute ranked New Jersey’s testing capacity as better than most, but not all the way where in needs to be to completely stamp out the virus.

The state says the decision to close these two large federally-funded testing sites was a joint one. Without them, New Jersey still has 255 testing locations statewide.