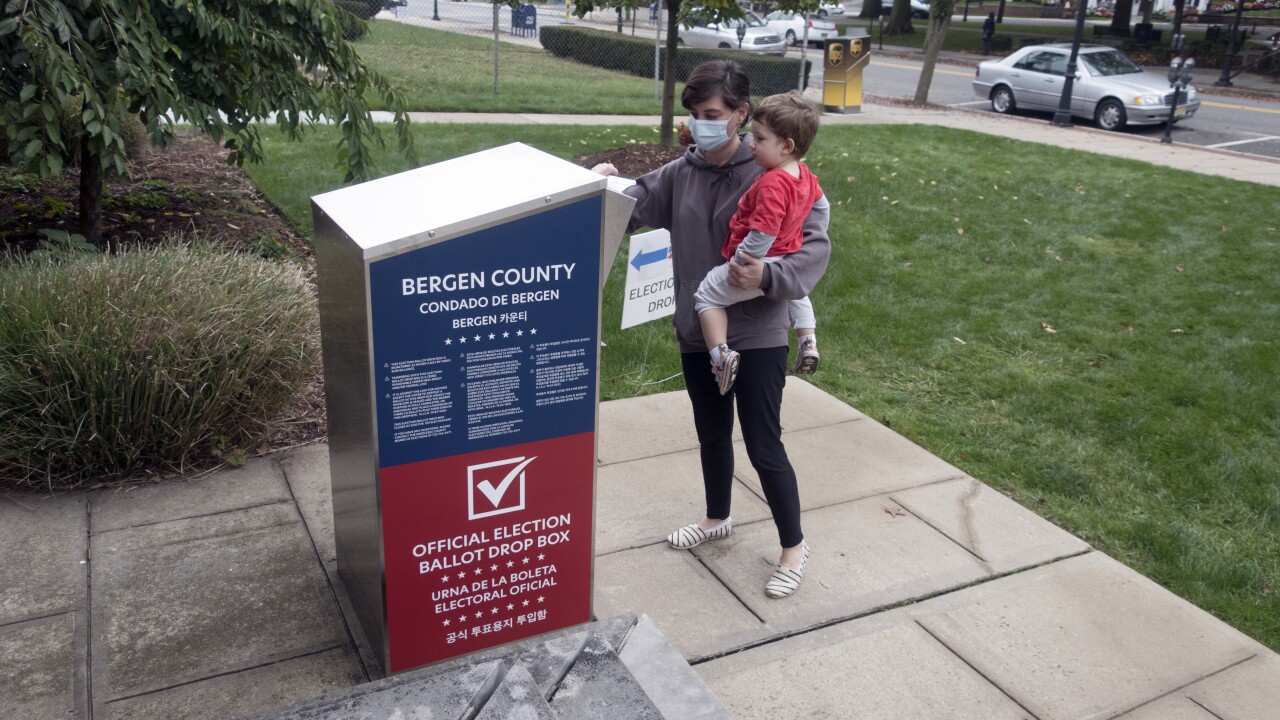 Ted Shaffrey/AP
A woman wearing a face mask to protect against COVID-19, while carrying a child drops a ballot in a drop box in Rutherford, N.J., on Friday, Oct. 23, 2020. (AP Photo/Ted Shaffrey)

The Board of Elections will count all mail-in ballots first and vote-by-mail ballots postmarked by Nov. 3 can arrive through Nov. 10 and be counted, officials said. New Jersey counties won't have a complete list of all mail-in ballots until at least Nov. 10.

More than 3.5 million New Jersey residents have already voted, Gov. Phil Murphy said Monday. That number is 90% of the entire voter turnout in the 2016 presidential election.

All votes cast in person will be cross checked against mail-in ballots to avoid voter fraud. The Trump campaign had tried to stop New Jersey's mail-in ballot program; they claimed it would lead to fraud.