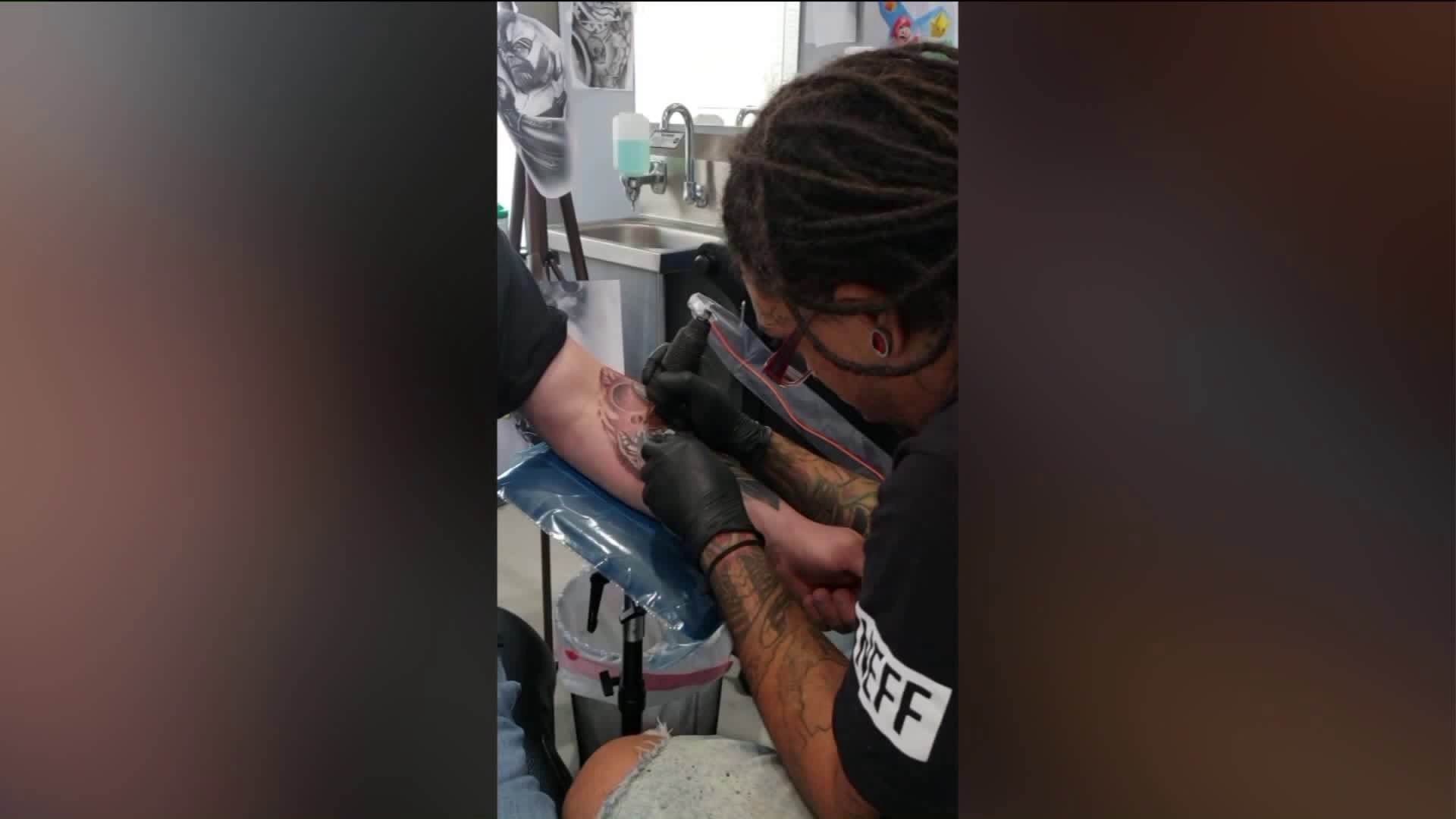 This NJ tattoo artist said he believes everyone deserves a second chance, so he's using his talents to help them achieve it.

OLD BRIDGE, N.J. — Esmailin Sanchez has made a living creating masterpieces on living canvases.bFrom forearms to full body, the tattoo artist has covered up every body part.

Now, in wake of the national conversation on racism, he’s offering to do another type of “covering up” — transforming racist and hate-inspired ink free of charge.

“Everybody deserves a second chance,” Sanchez explained. “I’ve had people that don’t even wear shorts for 28 years because of the things they have and they eventually realize it was bad.”

He’s seen an array of hate-related ink, like confederate flags and Nazi symbols.

Sanchez, who co-owns Chakra Tattoos in Old Bridge with his wife Sara, will not only provide this cover-up service — which would typically cost up to $300 an hour — for free, but he assures clients it’ll be a judgement-free experience.

Why'd they get that tattoo in the first place?

The apparent common threads, he said, are peer pressure and inexperience with other communities.

“They join a group or an organization where they have to do certain things in order to fit in, so a lot of them get pushed into it,” he told PIX11.

The artist has already transformed a confederate flag tattoo on a client to what is now a woman’s face.

Those who have reached out,send in a photo of the ink, and their story, which allows the team at Chakra to brainstorm cover-up ideas.

“I just want to help them move forward," he said.

While he has received some flack online from critics who feel he shouldn’t waste his talent on racists, Sanchez said it’s all about nurturing growth.

“Why would you stop a plant from growing? It’s the same concept,” he said. “Like a plant looks beautiful when it blooms you know, so we need to let everybody bloom.”

Chakra Tattoos is currently in the middle of a renovation and is temporarily closed. It opens back up on July 1st.