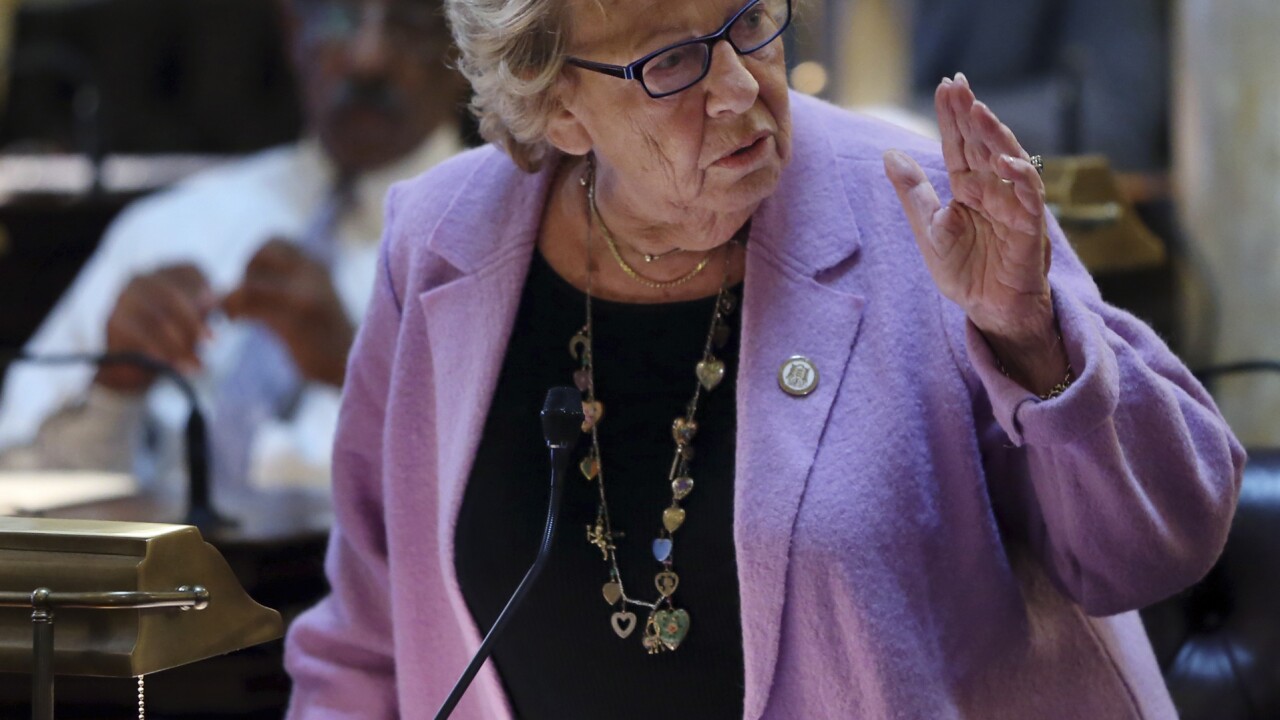 Mel Evans/AP
State Sen. Loretta Weinberg, D-Teaneck, N.J., speaks in favor of a bill approving a 23-cent-per-gallon hike in the gas tax to pay for transportation work Friday, Oct. 7, 2016, in Trenton, N.J. The Democrat-led Senate and Assembly voted Friday to raise the tax from 14.5 cents a gallon to 37.5 cents a gallon to fund transportation work over eight years. The legislation also cuts the sales and estate taxes, among other measures. (AP Photo/Mel Evans)

TRENTON, N.J. — New Jersey Senate Majority Leader Loretta Weinberg announced that she will be retiring at the end of her current term in 2021.

Weinberg, a Democrat, has been serving in Trenton since 1992, when she began 13 years as an Assemblywoman. She joined the state senate after being selected to fill a vacancy in 2005 — though she had been elected to fill the seat when the term began in 2006 — and has been majority leader since 2012. She also unsuccessfully ran for lieutenant governor of the Garden State with Jon Corzine in 2013.

Her retirement drew plaudits from both sides of the aisle in New Jersey politics, starting at the top.

"Since 1992, Sen. Weinberg has been a singular voice in the State House championing progressive action," said Gov. Phil Murphy. "I don't think we need to speak about cementing a legacy — Loretta built an incredible one all by herself."

Since 1992, @SenatorLorettaW has been a singular voice in the State House championing progressive action. I don’t think we need to speak about cementing a legacy – Loretta built an incredible one all by herself.

“Loretta embodies the ideals of public service, and the lives of countless people are better for it," said Sweeney. "From marriage equality, to pay equity for women and minorities, paid family leave, gun safety, government ethics, the rights of sexual assault survivors, and the responsibilities of public transit agencies to serve riders and motorists, she has made a lasting impact.

“Loretta has been a good friend, a dedicated representative of her constituents, and at times, a worthy adversary," said Kean Jr. "During her tenure in public office, the senator’s steady, measured demeanor and thoughtful, authoritative voice helped her become an influential Democrat leader. I enjoyed working closely with her on several important bipartisan initiatives as her commitment to helping the people of New Jersey has always been undeniable."