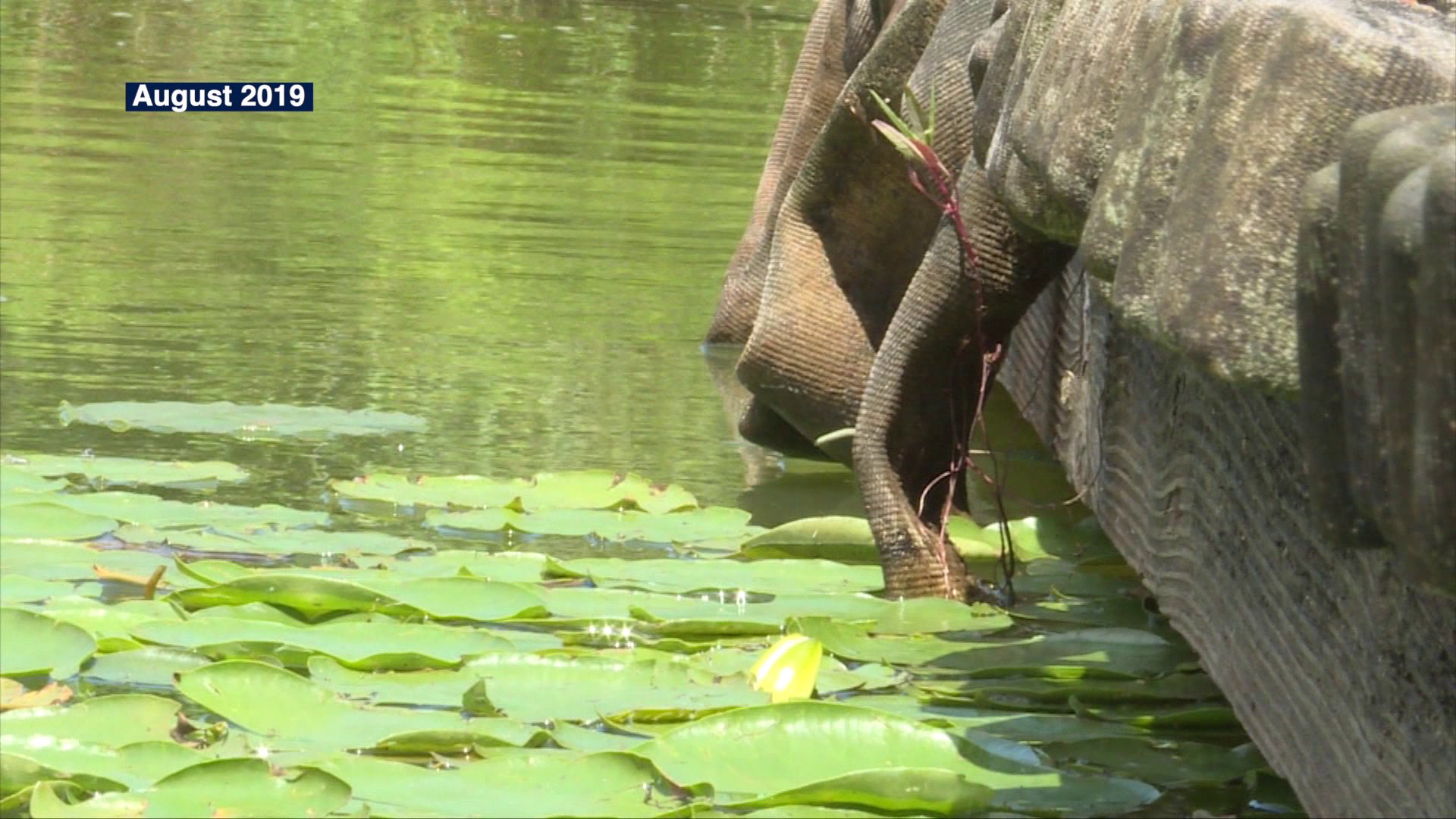 Marina owners and residents say their livelihoods depend on state funding to fight poisonous algae that spawned in over a dozen lakes across New Jersey this summer.

WEST MILFORD, NJ — Marina owners and residents say their livelihoods depend on state funding to fight poisonous algae that spawned in over a dozen lakes across New Jersey this summer.

They stood with Congressman Josh Gottheimer Thursday on the banks of Greenwood Lake to demand immediate funding from the state.

"I’m really worried about this year," said Elena Dykstra, a business owner with two marinas and an ice cream shop on Greenwood Lake.

"Every single person who had a rental canceled. And I had to hire extra people to take the phone calls of people saying 'is it safe?'"

The toxic algae blooms that impacted Greenwood Lake, Lake Hopatcong and others prompted a swimming and fishing advisory from the New Jersey Department of Environmental Protection. The algae can cause skin rash or sickness if you come in contact with it. Many lake-shore beaches were forced to close down in early August.

"Many business, you know, probably on the brink of going out of business," said Paul Zarrillo, the chairman of the Greenwood Lake Commission.

Septic systems, storm-water runoff, geese droppings and lawn fertilizer - combined with hot summer days - are all to blame for the toxic algae.

"We need an annual investment here to keep our lakes in the shape they need to be in," said Rep. Gottheimer.

Governor Phil Murphy did announce a $13 million grant program for lakeside communities in November, but it requires towns to match the funds.

"We are tapped out. We need assistance," said West Milford Mayor Michele Dale.

Earlier this month, Murphy vetoed a bill that would dedicate $500,000 to Greenwood Lake annually.

Stakeholders said if they got the money, they’d use it for weed harvesting, herbicides, water monitoring and de-silting to fight algae.

"Action needs to taken now," said State Assemblywoman BettyLou DeCroce. "Don’t wait for summer for this algae bloom to be back and businesses are gone because of it."

PIX11 reached out to Governor Murphy's office for comment.