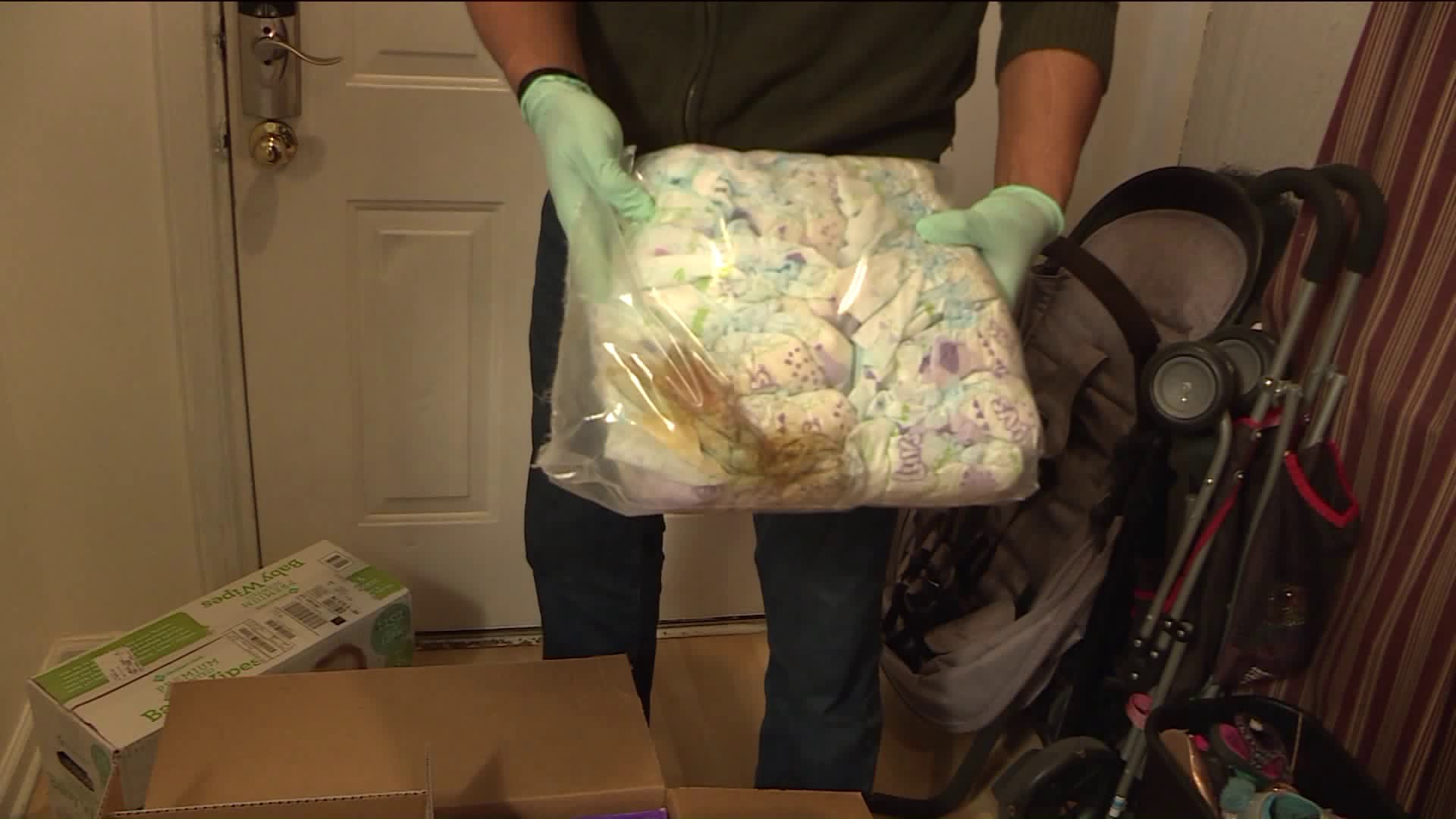 It was an unbelievable discover for this New Jersey mom: a box of diapers delivered from Amazon that had already been soiled.

JERSEY CITY, N.J. — It’s a mystery that has rattled Nassly Sales and her family.

The Jersey City mom had ordered two boxes of diapers from Amazon as she does every month for her two daughters, purchasing the items from the site’s “Amazon Warehouse” section, where open-box and returned items are sold at a discounted rate.

When the package arrived this week, she said nothing could’ve prepared her for what she says she found inside.

“I picked up the diapers and it was a little bit heavy, I was half asleep the lights were off,” she explained. “At that point, I turn on the light and that’s when I noticed these diapers are neatly-folded and they are soiled.

The shocking discovery prompted the mom to immediately disinfect her nursery, even wiping down her 19-month-old daughter with rubbing alcohol.

The child, a micro preemie, was born 26 weeks premature, weighing a little over a pound, making her immune system compromised. According to Sales, the baby was just inches away from what she believed was a health hazard.

“They were like ‘OK sorry for your inconvenience, we will give you a refund. You’re more than welcome to keep the stuff, you don’t need to return it,’” Sid Mukherje, the children’s father, told PIX11.

“And my thought was "Wow, you are not understanding what I’m saying.”

While the family has not officially sent the substance to be tested, they say it bears a strong resemblance and odor to fecal material.

What they want now is a better explanation from Amazon about the mishap.

According to their website, the company inspects and certifies all open-box products before re-selling them, something Sales says obviously did not happen.

In a statement to PIX11, an Amazon spokesperson said "We work hard to provide customers with a great experience and deeply regret that this situation did not live up to our high standards. We worked directly with the customer to address this situation.”