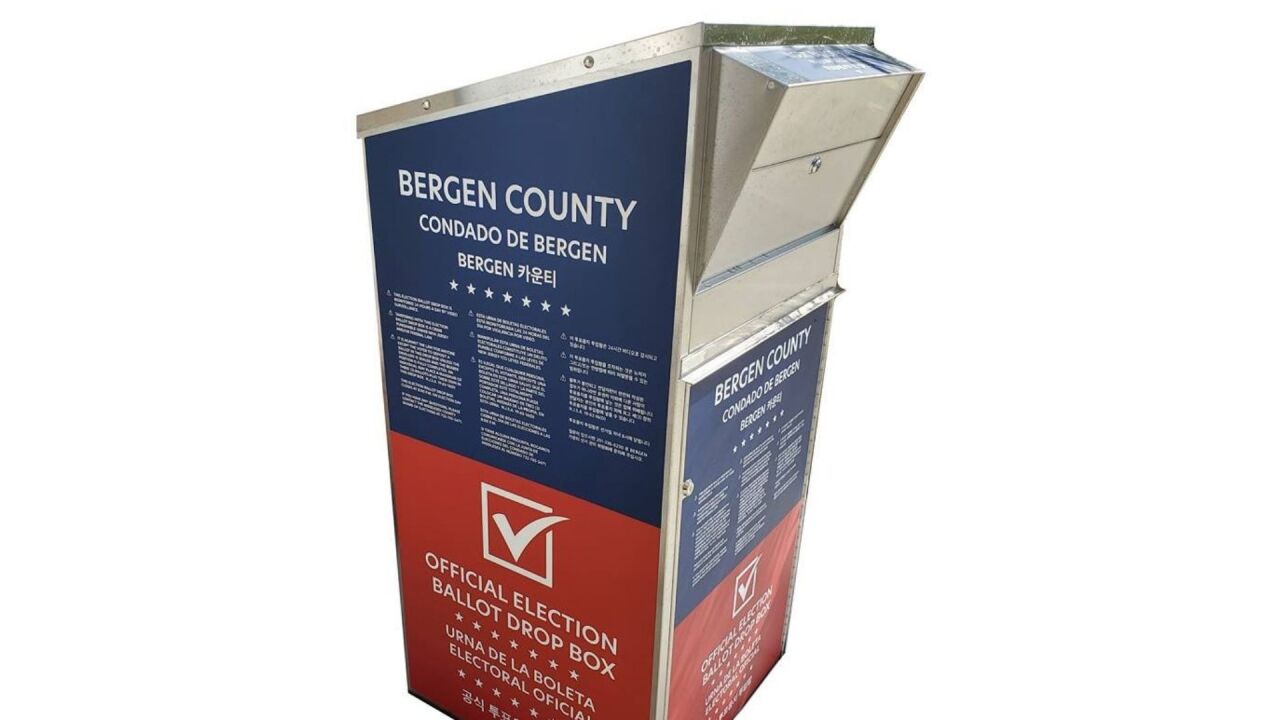 Bergen County Board of Elections
A Bergen County ballot drop box that will be seen in at least 18 locations around the New Jersey county for the November 2020 election.

TRENTON, N.J. — New Jersey Attorney General Gurbir Grewal is trying to reassure residents that they can vote safely in the 2020 Election.

“As Election Day approaches and voting has begun across the country, we already have begun to hear allegations of voter intimidation in other states,” said Grewal. “Today we clarify how law enforcement leaders across the state can best support local and state officials in maintaining the integrity of our voting system, and protecting the right to vote, in accordance with the highest ideals of our democracy.”

New Jersey law states that civilian county and local officials are in charge of elections at county and local levels, while at the state level, New Jersey's Division of Elections controls them under the guidance of the secretary of state.

Law enforcement officials are, according to Grewal, limited when it comes to elections to "activities necessary to maintain public safety, and to the enforcement of laws securing the right to vote and protecting voters from intimidation and harassment."

Poll workers and district board officials are largely in control of preserving peaceful voting and maintaining order at polling places, though police officers can be called to assist with the arrest or removal of those breaking election laws.

New Jersey Gov. Phil Murphy tweeted Friday that over 1.25 million New Jerseyans had already mailed in ballots, around 30% of the total ballots cast in the Garden State in the 2016 presidential election. However, some still plan to vote in person Nov. 3.

We’re 18 days out from Election Day, and over 1.25 MILLION New Jerseyans have already cast their ballots.