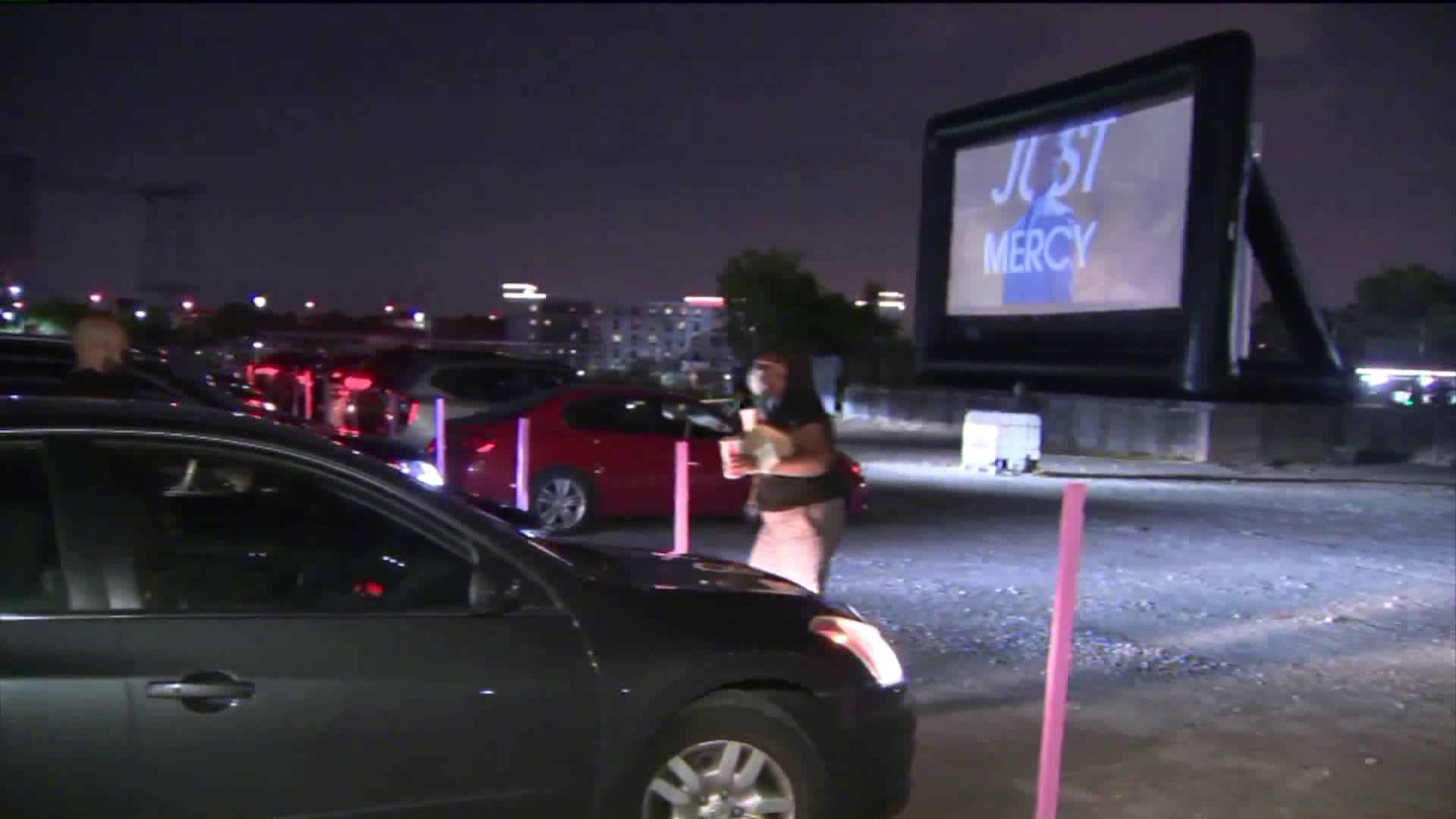 Welcome to opening night of Newark Moonlight Cinema, the first drive-in movie theater in Newark since the 1980s.

NEWARK — Friday was opening night of Newark Moonlight Cinema, the first drive-in movie theater in Newark since the 1980s.

And up there on the very big screen was "Just Mercy," starring Newark’s own Michael B. Jordan.

Jordan plays civil rights attorney Bryan Stevenson on a 55-foot screen in the biographical drama about those wrongly convicted.

More than 300 carloads of people from Newark and beyond came to support Newark’s first pop-up, drive-in theater in four decades.

“I think it’s wonderful,” Fawn Ross, a Newark resident, told PIX11 News. “People are hungry for things to do. We have friends who came from New York to support Newark,” she added.

Tracey Pridgen is one of them.

“Newark’s got it going on. I don’t see anything like this in Brioklyn,” she said.

It’s on the site of the former Newark Bears and Eagles Riverfront Stadium at 54 Bridge Street.

For this couple, it’s a dream come true and a chance to show the movies that have affected their lives.

Her husband talked about the logistics of the night.

“You drive right in. It’s totally cashless,” Siree Morrissaid. “You order food from the Fanfood app, you get a text when it’s ready, social distance is maintained, we bring it to your car."

And even before the movie started, there were two hours of great food, great camaraderie and great organization.

“I am happy to see the turnout,” Camille Williams, a Newark resudent, told PIX11 News. “Oftentimes you don’t hear the positive stories of Newark. I am proud of my city and I am excited for tonight."

Michael B. Jordan weekend continues with "Creed 2" and "Hardball" and then next weekend, another Newark star, Queen Latifah and three of her movies will be featured.

Tickets are $12 per person and must be bought online at their website.