Newark woman sexually assaulted, robbed in her own apartment by group: police 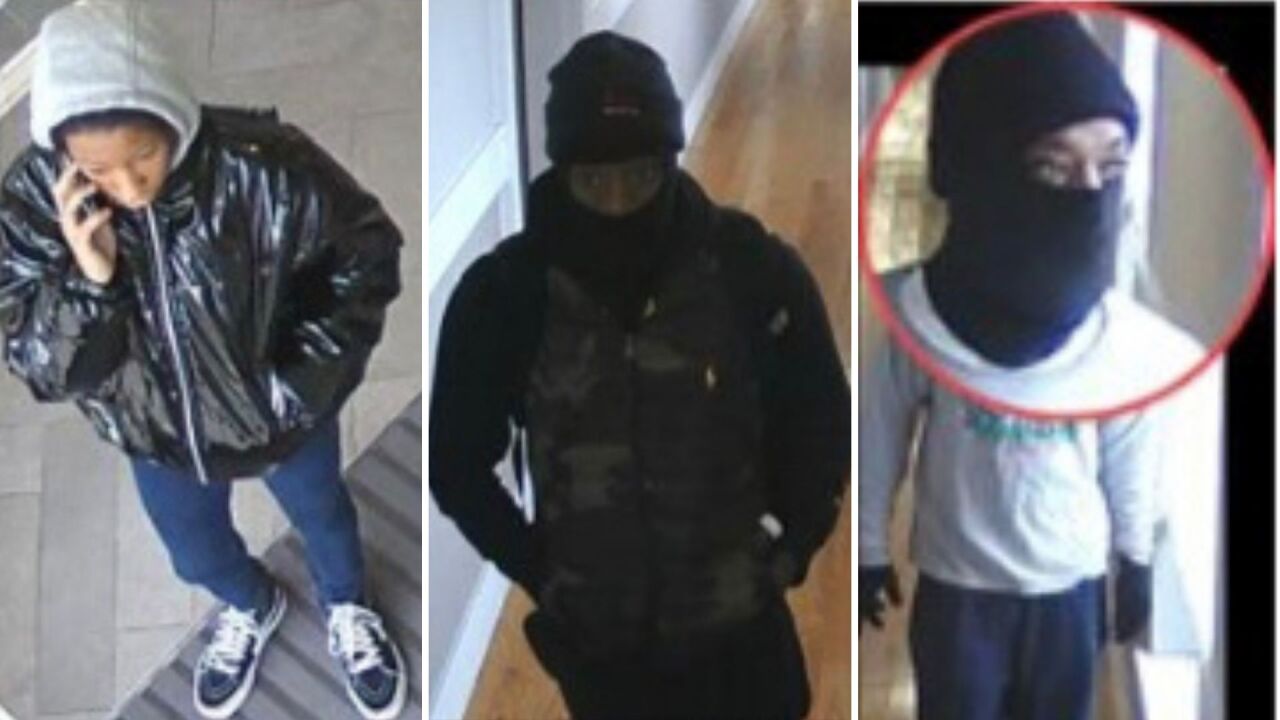 Newark Police
Police are looking for three people seen here in connection with a sexual assault and robbery in a Newark apartment on Sunday, Feb. 2, 2020, officials say.

NEWARK, N.J. — Newark Police said they're looking for three people accused of sexually assaulting and robbing a woman in her own apartment Sunday afternoon.

According to officials, the woman was in her apartment near the intersection of Broad Street and West Kinney Street around 12:45 p.m. when the three suspects entered the home.

The group sexually assaulted the victim and then fled with her cash, car keys and other personal property, police said.

Authorities released the above surveillance images of the three people they're looking for in connection to this attack.

Director Ambrose urges anyone with information regarding these suspects to call the Police Division’s 24-hour Crime Stopper tip Line at: 1-877-NWK-TIPS (1-877-695-8477). All anonymous Crime Stopper tips are kept confidential and could result in a reward.