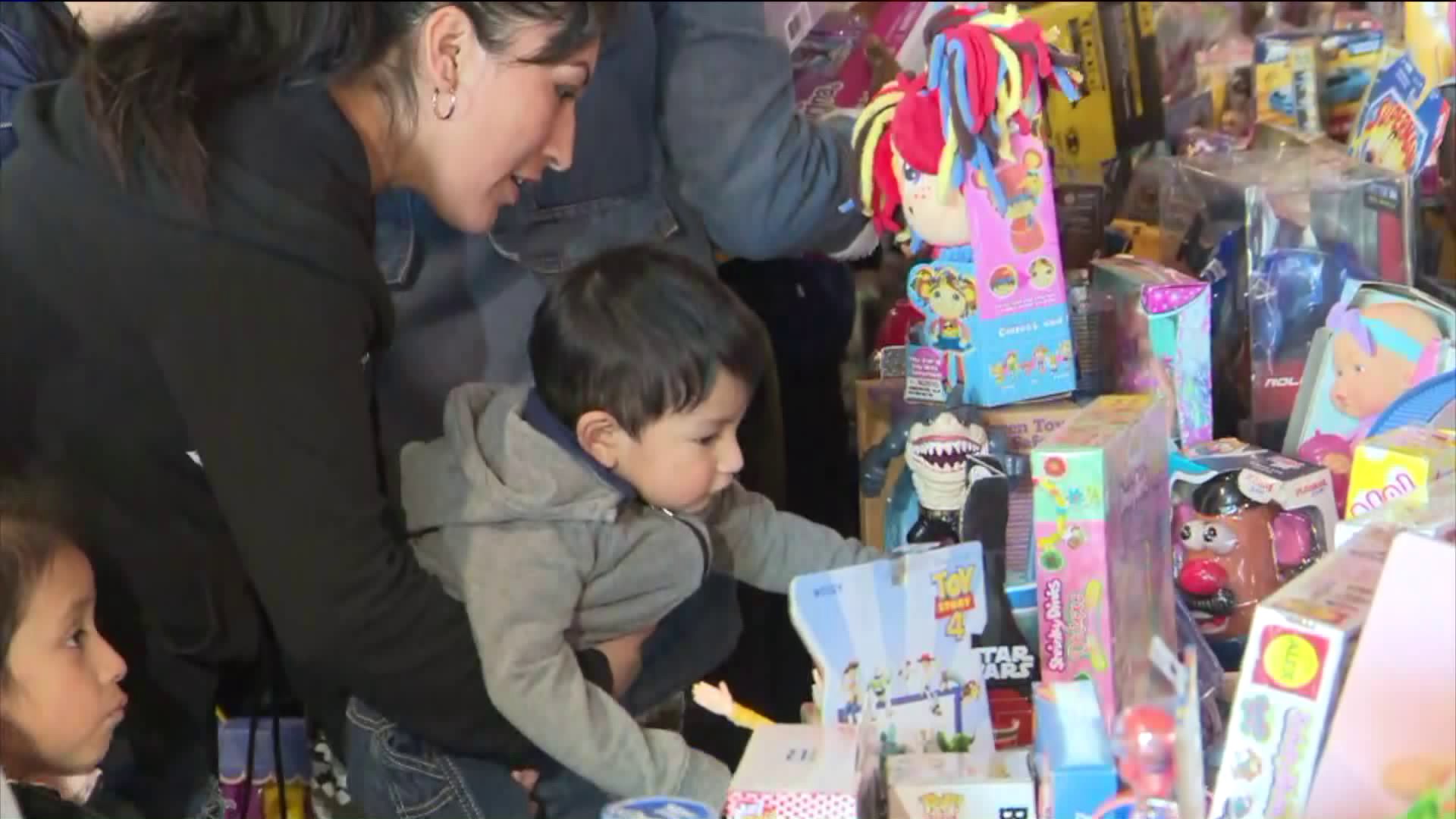 They looked up and saw the red suit and white beard in a helicopter.

Then they got to meet him, but that was only the beginning of the holiday joy and toys. Thousands of presents collected by officers and firefighters were on display inside of one of the city’s training facilities on Orange Street for the kids to choose.

“They were all crime victims they all experienced trauma and we wanted to reward them," said Officer Johnny Rivera from the Newark Police Department.

Families who had a tough 2019 were overwhelmed.

”We went through a struggle: we ended up at shelter and while we were there, someone broke into our car and stole my son's electronics, his game system and cash we saved up to move,” said Jeanette Valentin, a Newark resident who's son went home with a box of toys.

The annual tradition was put together by Newark Mayor Ras Baraka and the city’s public safety division.

”It definitely gives holiday cheer but also we’re big babies and we like to smile too while we watch them smile,” said Anthony Ambrose, Newark's Public Safety Director.

According to the Newark Police Department, the remainder of gifts were distributed around the city to kids in the community.