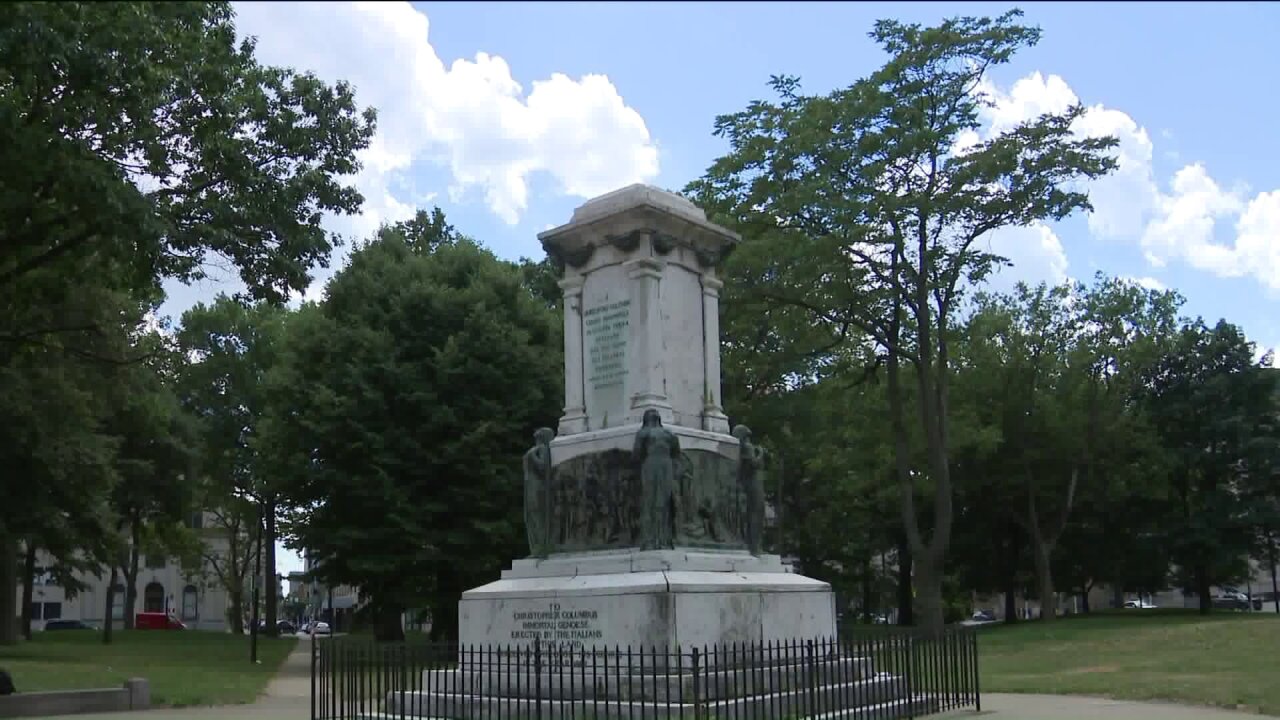 NEWARK — The city of Newark has removed a statue of Christopher Columbus from Washington Park, Mayor Ras Baraka announced Friday in a series of tweets.

"In keeping with the movement to remove symbols of oppression and white supremacy, we have decided to remove the statue of Christopher Columbus from Washington Park," Baraka wrote. "We took it down with city work crews in a safe and orderly manner, to avoid the potential danger of people taking it upon themselves to topple it."

Baraka wanted to assure Italian-America groups that the removal of the statue — which was located in the city's downtown and bounded by Broad Street — was not an attack against them.

"The removal of this statue should not be perceived as an insult to the Italian-American community," he continued. "It is a statement against the barbarism, enslavement, and oppression that this explorer represents."

The statue of Columbus was made in Rome and presented in 1927 to the city by its Italian community. Columbus supporters call statues celebrating him an important symbol of Italian American heritage, while opponents condemned Columbus as a white supremacist who touched off centuries of European oppression and the decimation of Indigenous peoples.

Debates over statues commemorating Columbus have been had during the current period of protests over racial injustice, including New York City, where Gov. Andrew Cuomo has defended a statue of Columbus.