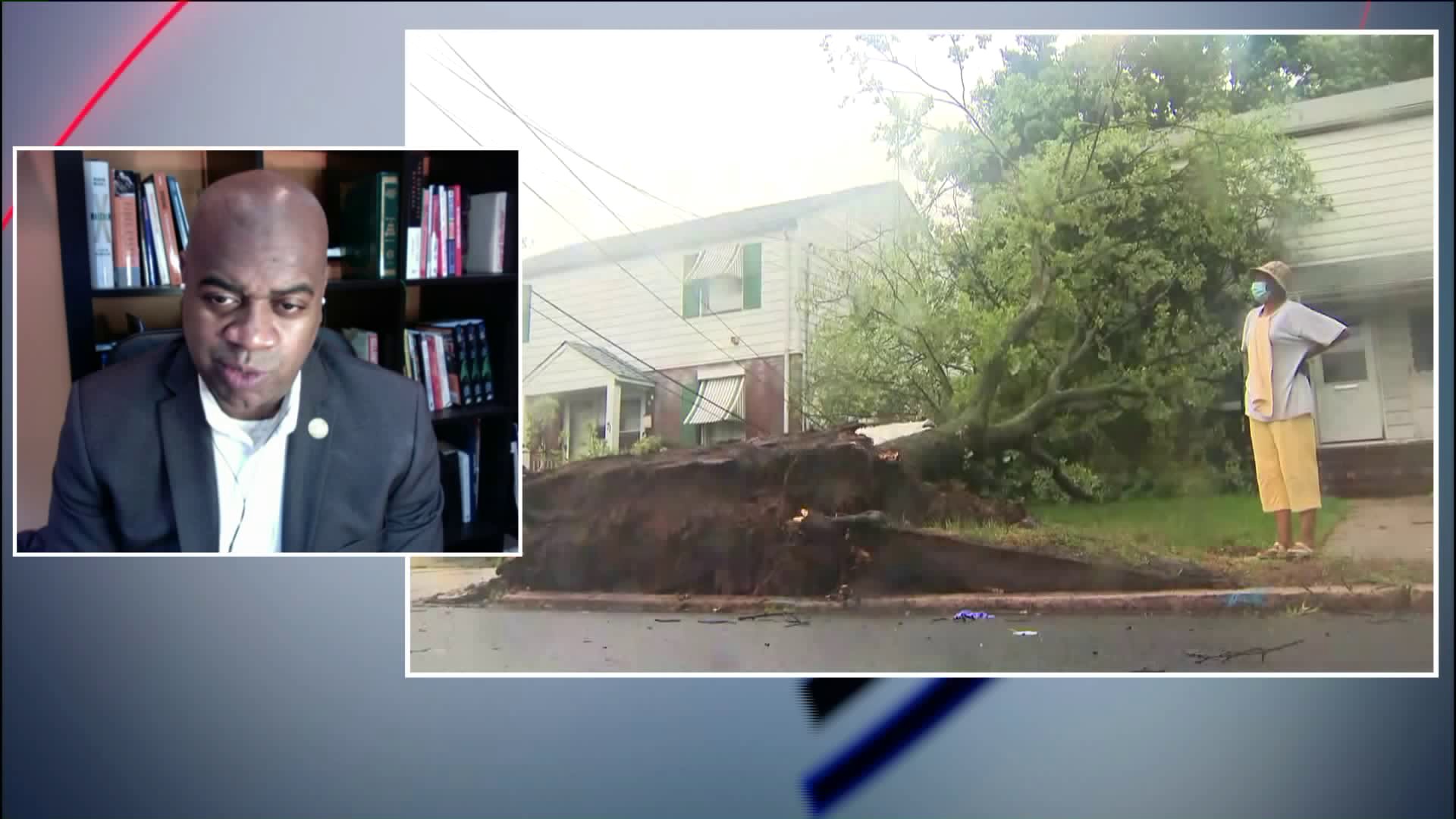 Tropical Storm Isaias’ path cut right through Newark, New Jersey, with winds so strong, residents still remain without power, and the cleanup is the city’s top priority. Mayor Ras Baraka spoke to PIX11 News about the damage the city faces.

Mayor Ras Baraka spoke to PIX11 News about the damage the city faces.

According to the mayor, the northern part of the city saw the most outages.

About 19,000 homes were without power at one point, he said, and trees were all over the city.

Hundreds of thousands of residents across New Jersey were left in the dark as the storm battered the state Tuesday.