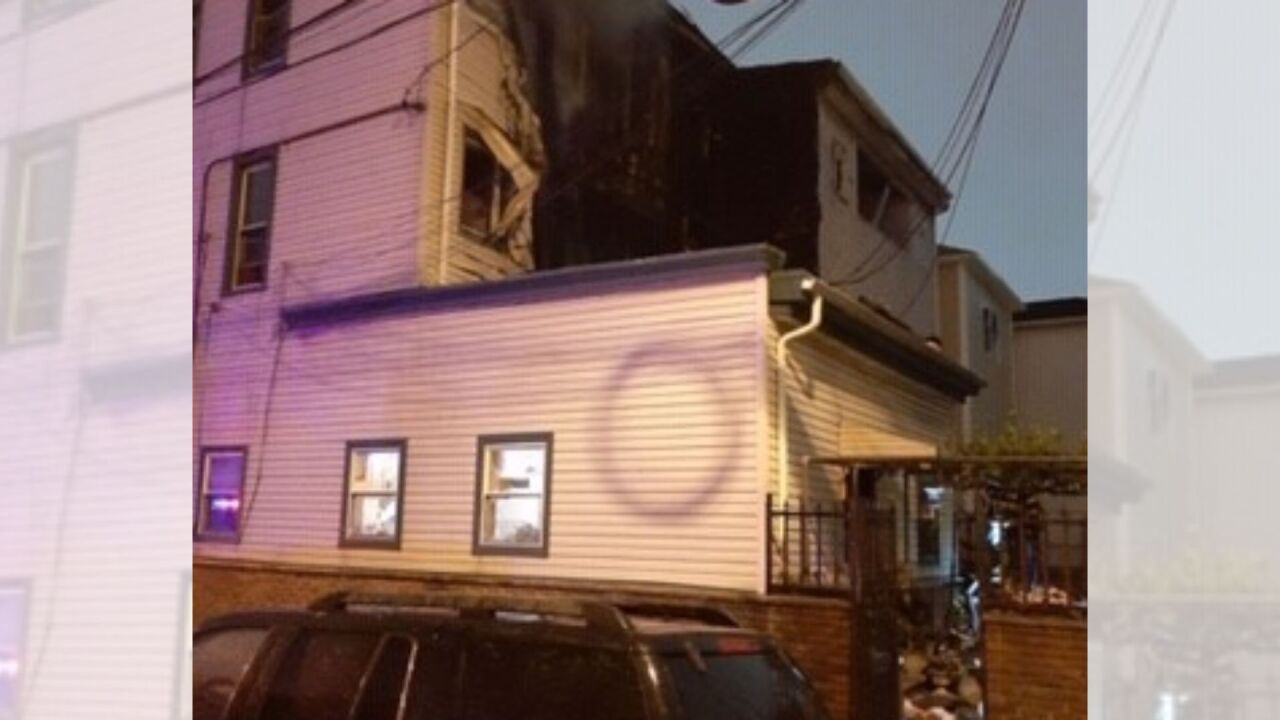 Newark Fire Department
A fire in Newark killed one man and injured seven others on Friday, May 22, 2020, officials said.

NEWARK, N.J. — A man is dead and seven others are injured following a two-alarm house fire in Newark Friday night, according to the fire department.

Firefighters were called to the three-story home on Magazine Street, near Komorn Street, just after 11 p.m., fire officials said.

About 70 firefighters battled the blaze, which started on the second floor and quickly spread to the third floor, according to officials.

An unidentified man was pronounced dead at the scene and seven additional victims, including one child, were taken to University Hospital for treatment, fire officials said.

Firefighters brought the blaze under control just before midnight.

A total of 15 people were displaced by the fire and were relocated, fire officials said.