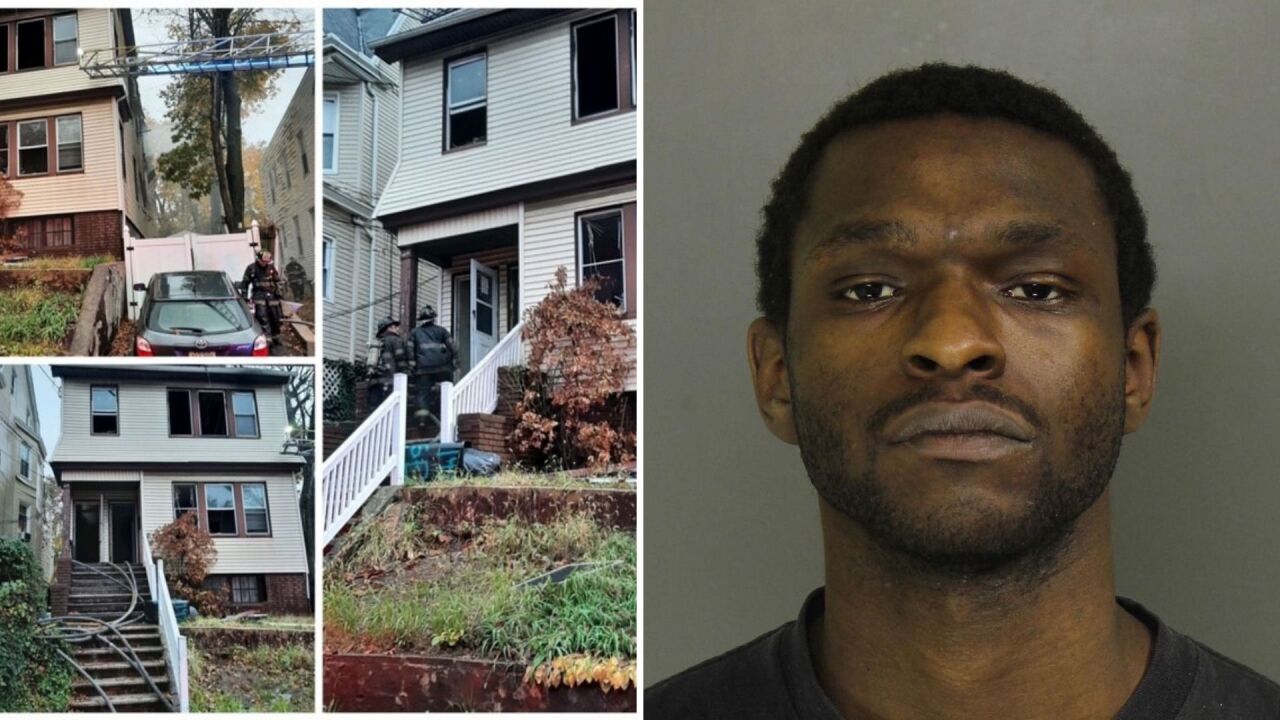 NEWARK, NJ — Firefighters rescued an alleged arsonist from the roof of a blazing home in Newark Wednesday, officials said.

Stephen Jones, the 24-year-old suspect, and a firefighter were injured in the Abinger Place fire, Newark Public Safety Director Anthony Ambrose said. Jones, who was arrested on arson charges, suffered burns to his hands. The firefighter sustained burns to his neck.

It took about 45 minutes for the 80 firefighters to get control of the blaze.

Four adults and a child were displaced by fire fire.