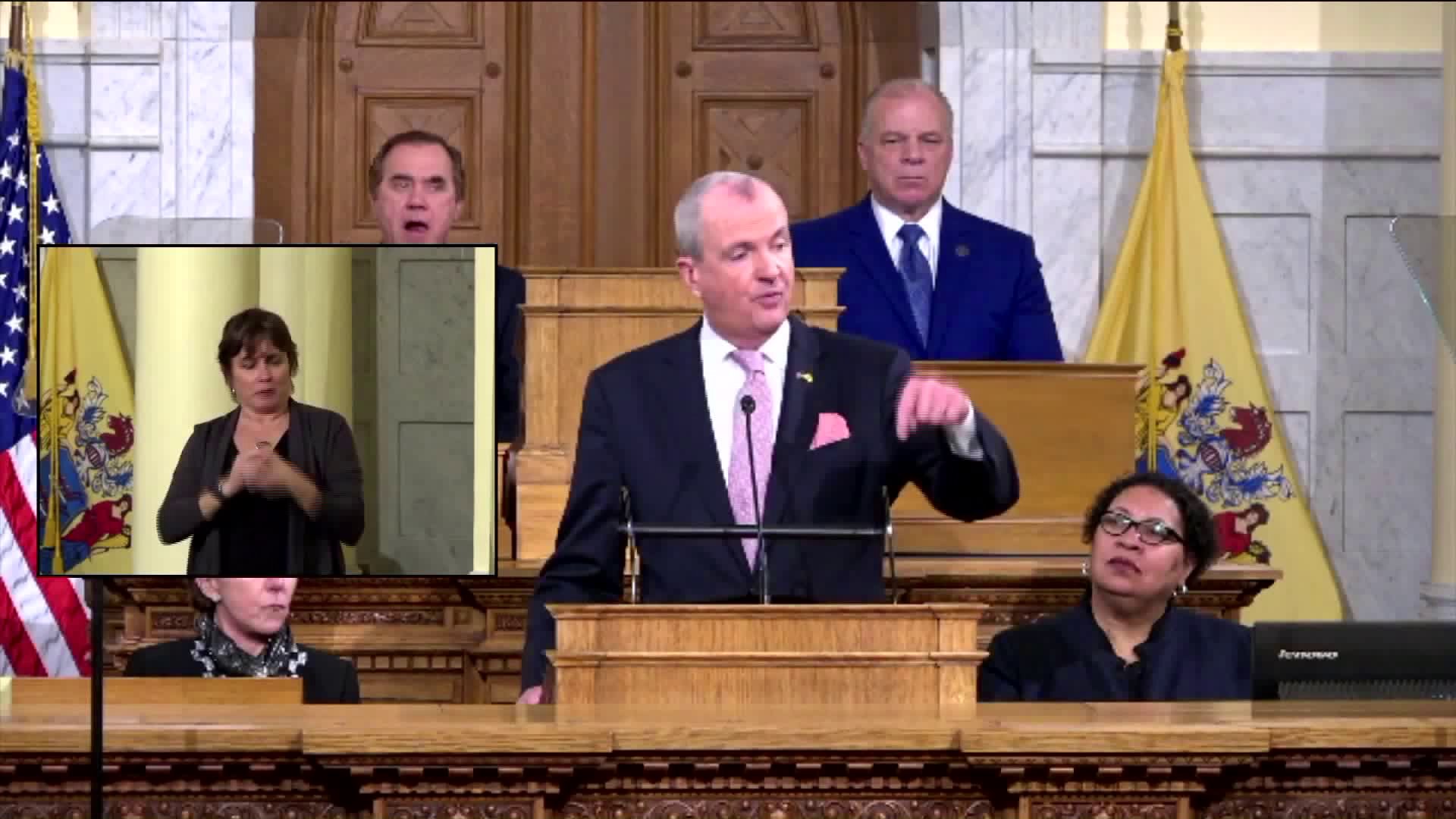 A millionaire’s tax, legal weed and ethics reforms are on the agenda this year in New Jersey.

NEW JERSEY — A millionaire’s tax, legal weed and ethics reforms are on the agenda this year in New Jersey.

Democratic Governor Phil Murphy set the agenda during his State of the State address Tuesday. However, last year’s New Jersey legislative session wrapped up with a lot of business left on the table, raising concerns about what could be done this year.

"I am not giving up the fight for a millionaire’s tax so we can ease the property tax burden," Murphy said.

He also announced a new energy plan and a jobs education program. Murphy get resounding rounds of applause when he said he would push for ethics reforms to handle harassment and sexual assault complaints, like the one raised by staffer Katie Brennan in 2019.

“For too many years, too many people have turned their eyes away from behavior when they knew what was happening,” Murphy said.

But getting things done in Trenton, despite Democratic majorities across state government, has at times proved difficult at best. In 2019, lawmakers could not agree on comprehensive marijuana legalization that included criminal justice reform; instead, voters will decide this November about legalizing.

Even important action to deal with the state’s lead water crisis died in Trenton recently.

Despite 30 proposed bills to fund and mandate the removal of lead water pipes and paint, the only bill that passed simply gave local government legal cover to dig on private property when addressing concerns in lead pipes.

Murphy acknowledged the setbacks and implored both parties to work together to come up with the money to address the lead crisis.

Murphy also repeated a familiar refrain during his speech that he will fix New Jersey Transit “if it kills him, and it just might.”

Republican lawmakers in New Jersey criticized the governor for not suggesting a plan to address business taxes they feel are hurting jobs in the state.