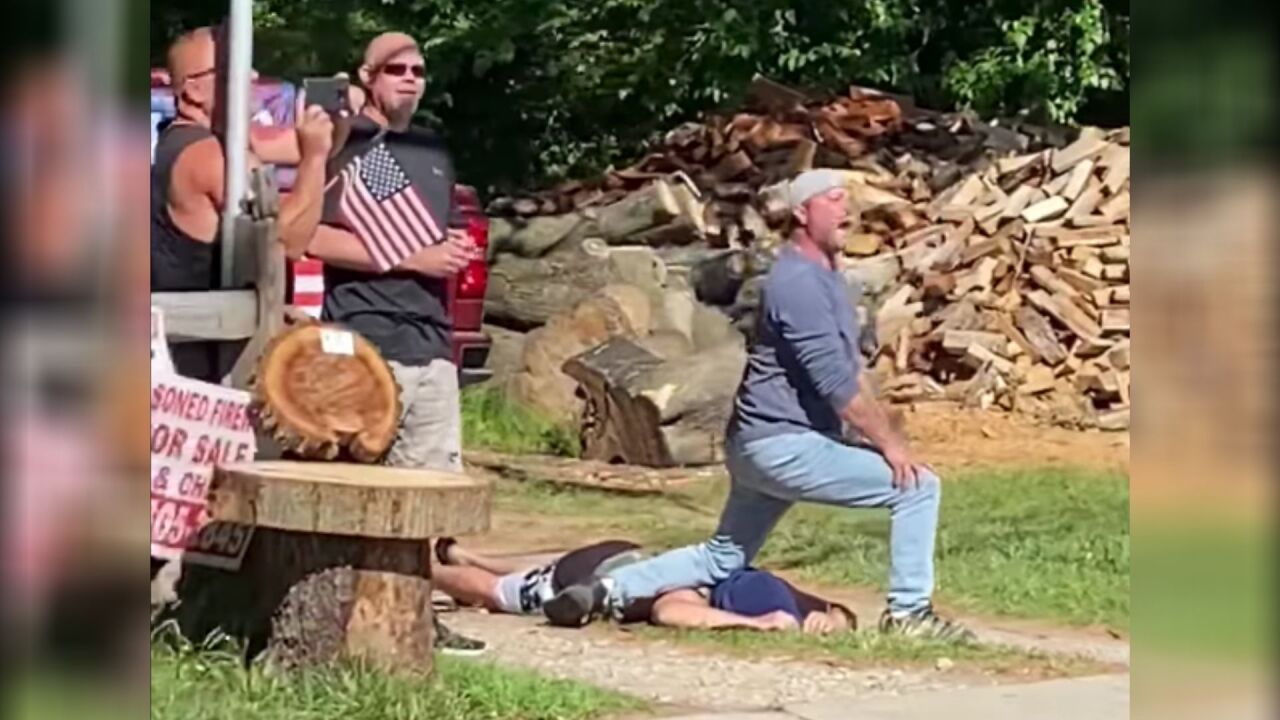 Chrissy Sampson on Facebook
Still from a social media video showing men mocking the death of George Floyd as protesters march by in Franklin Township, New Jersey, on Monday, June 8.

TRENTON, NJ — New Jersey's Department of Corrections has filed removal proceedings against an officer seen in a video with people mocking George Floyd's death as protesters passed by, officials said.

The video from early June shows several men in a yard yelling at protesters who are in the street. One man is seen kneeling on the neck of another man who's lying on the ground.

One of the counter-protesters was identified as a corrections officer and suspended after the incident.

On Thursday, the DOC said it had begun removal proceedings. The union representing corrections officers identified the man as Joseph DeMarco and said it had suspended him from the union.