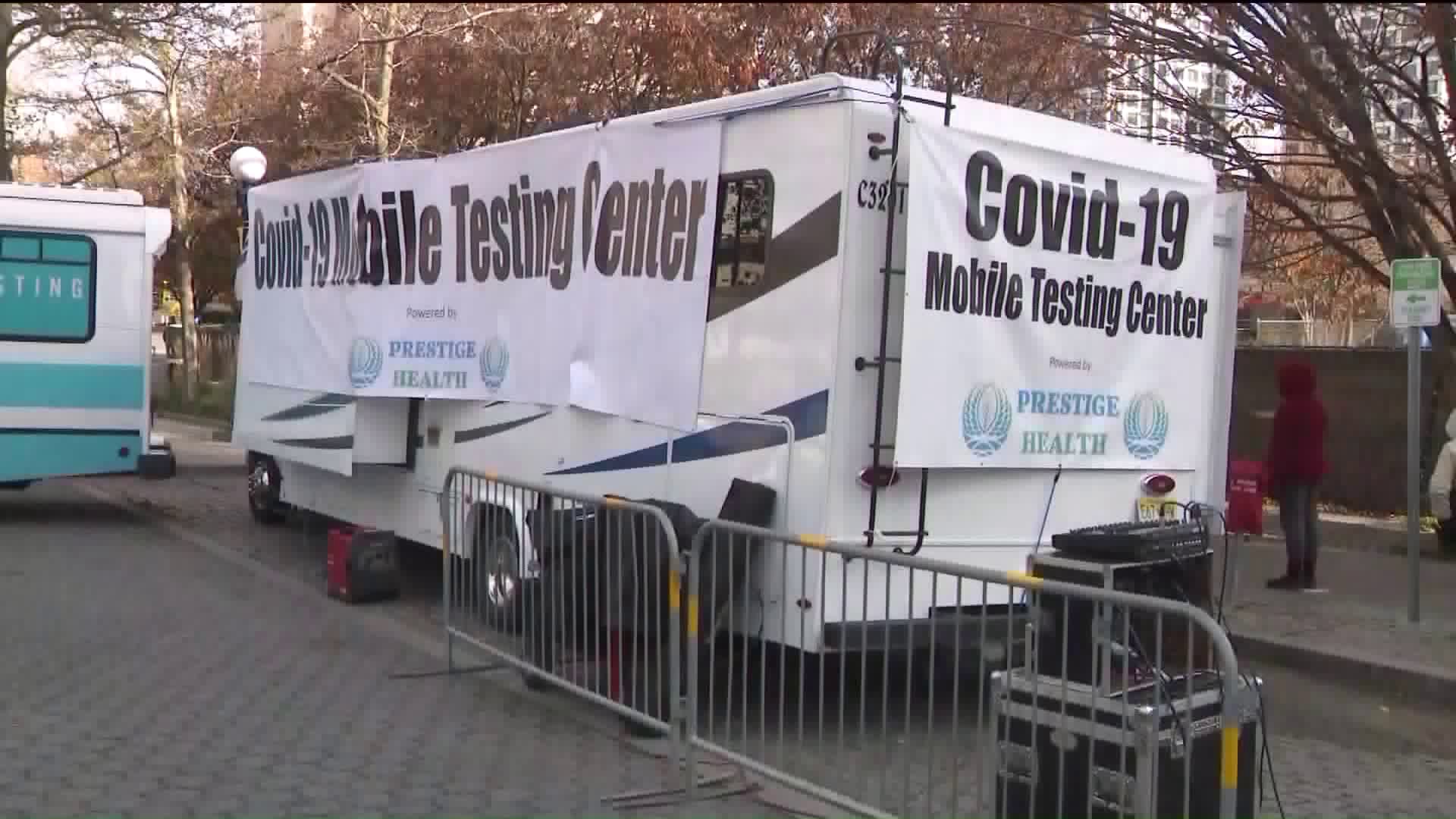 NEW JERSEY — New Jersey reported another 4,320 new cases of COVID-19 Thursday, nearing a total of 30,000 in just the last week, as communities around the state jumped into action to respond and Governor Phil Murphy warned the state would likely face new restrictions next week.

Bergen County is leading the state with the most daily new cases. There were 459 reported Thursday.

The county will expand testing at Bergen Technical High School through the winter.

Bergen County Executive Jim Tedesco said the shutdowns - like back in March and April - is what works to bend the curve.

"That saved thousands from being sick," said Tedesco. "I believe taking those actions again will help stop the spread of the virus."

While in Jersey City, Mayor Steven Fulop criticized a statewide restriction to shut down all bars and restaurants at 10 p.m.

"More than doubling the number of locations people can get tested and providing free masks to everyone in the city who wants it," said Mayor Fulop.

"Nurses and healthcare workers who have been exposed are being told to work if they are asymptomatic," said Debbie White, president of the HPAE.

The Murphy administration is investigating their claims.

"School transmission is better than I ever would have guessed," Murphy said.

This weekend, New Jersey businesses are planning a march in Morristown to urge Murphy to let the public take personal responsibility for themselves rather than implementing more restrictions.