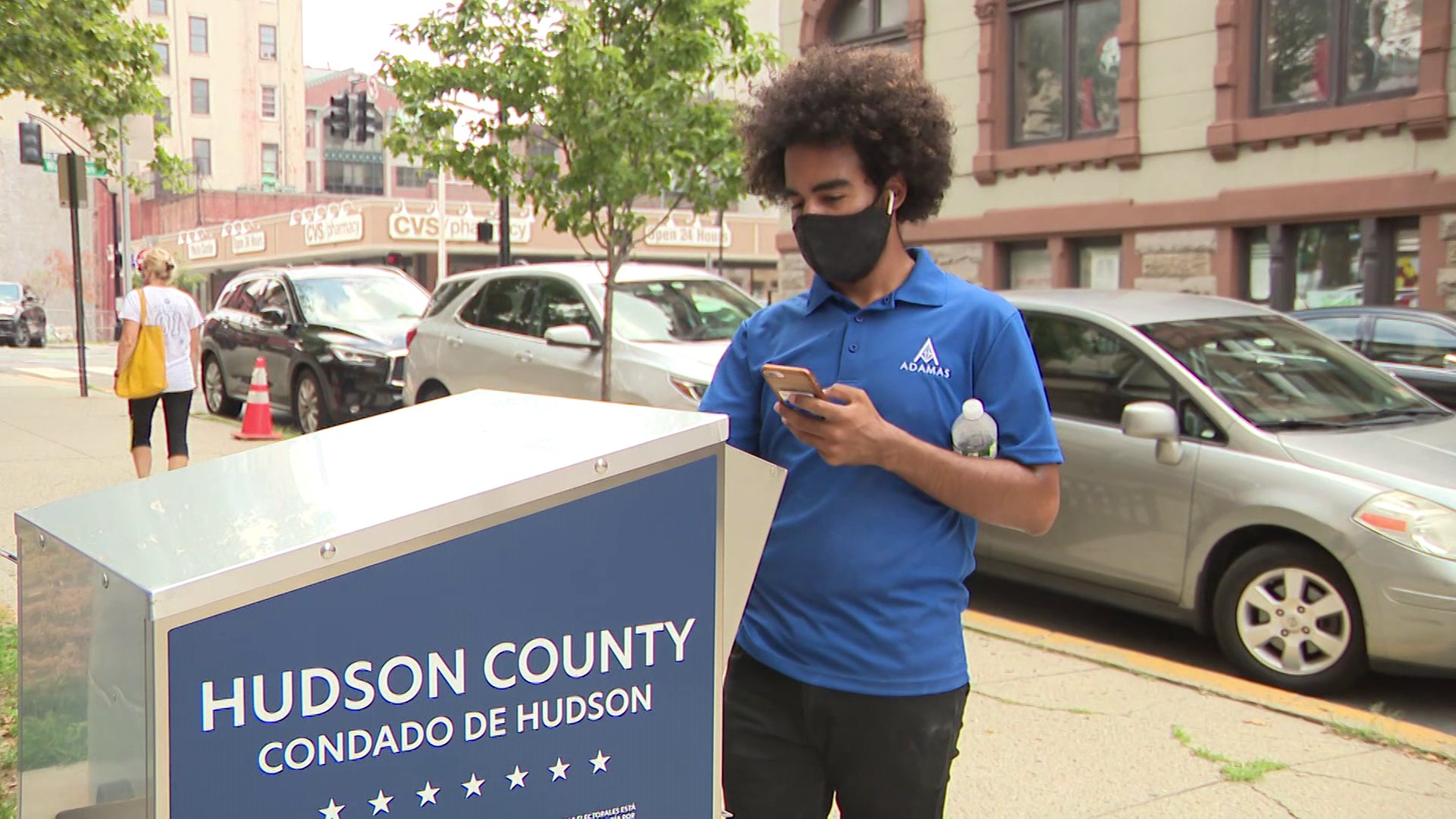 New Jersey voters head to the polls Tuesday for the state’s Primary — sort of.

HOBOKEN, N.J. — Like many other states of late, most voted by mail, and very few actually showed up to their polling places. The Garden State cut the number of polling places by about half, while also trying to make mail-in voting easier.

Election officials sent 3.6 million people affiliated with a political party in the an absentee ballot automatically weeks ago. The other 2.4 million independent voters in New Jersey were sent applications to see if they wanted to affiliate as either a Republican or Democrat in this primary.

Hoboken resident Kaitlin Johnson got her ballot on time, but was one of the few to vote in person at Hoboken City Hall.

“It was completely empty inside and felt safe,” Johnson said. “I wasn’t sure I’d make it to the post office, and I wanted to get my ballot in, so I decided to opt for in person.”

NJ also strategically placed at least five drop-boxes in every county for people to make sure they could get absentee ballots in last minute. The boxes will stay open until 8 p.m. Tuesday when polls close.

You can see the results on our website as they come in.

Some like Robert Spagnola of Springfield expressed concern about security of the mail-in process, but said he was encouraged by 24-hour surveillance cameras that monitor some of the drop-boxes.

President Trump has repeatedly called mail-in voting into question, and a recent incident of alleged fraud during a special election in Paterson, New Jersey did not help the nerves of some voters.

But state officials said the fact that the Paterson situation was uncovered proves how rare and difficult any form of election fraud is.

For official New Jersey election resources, including ballot drop box locations, where to vote in person, and tracking your mailed ballot, click here.

Currently repped by Jeff Van Drew, a Republican who dramatically switched from being a Democrat during President Donald Trump's impeachment.

Republican primary: Van Drew will see if he can survive in the Republican party, facing Bob Patterson, who is generally seen as more conservative.

A Republican primary to see who will face one-term incumbent Democrat Andy Kim in what should be a hard-fought general election battle: Former Burlington County Freeholder Kate Gibbs vs. David Richter, the wealthy former CEO of Hill International.

Republican primary to see who will face Tom Malinowski in what should be a hard-fought general election battle: A three-way race between state Senate Leader Tom Kean, Dr. Raafat Barsoom and educator Tom Phillips.

Republican primary only has one contender: Rosemary Becchi, a tax policy lawyer. Becchi should officially become the nominee Tuesday, setting up a close general election matchup against Rep. Mikie Sherrill.

Rep. Albio Sires has his first real challenger in many years in newcomer Hector Oseguera. Oseguera is pushing a more progressive agenda.

Democratic primary: Sen. Cory Booker, fresh off his unsuccessful run for president, is being pushed from the left by long-time activist Lawrence Hamm.

Republican primary: There are five candidates. Rik Mehta and Hirsh Singh are the leading contenders for the nomination.