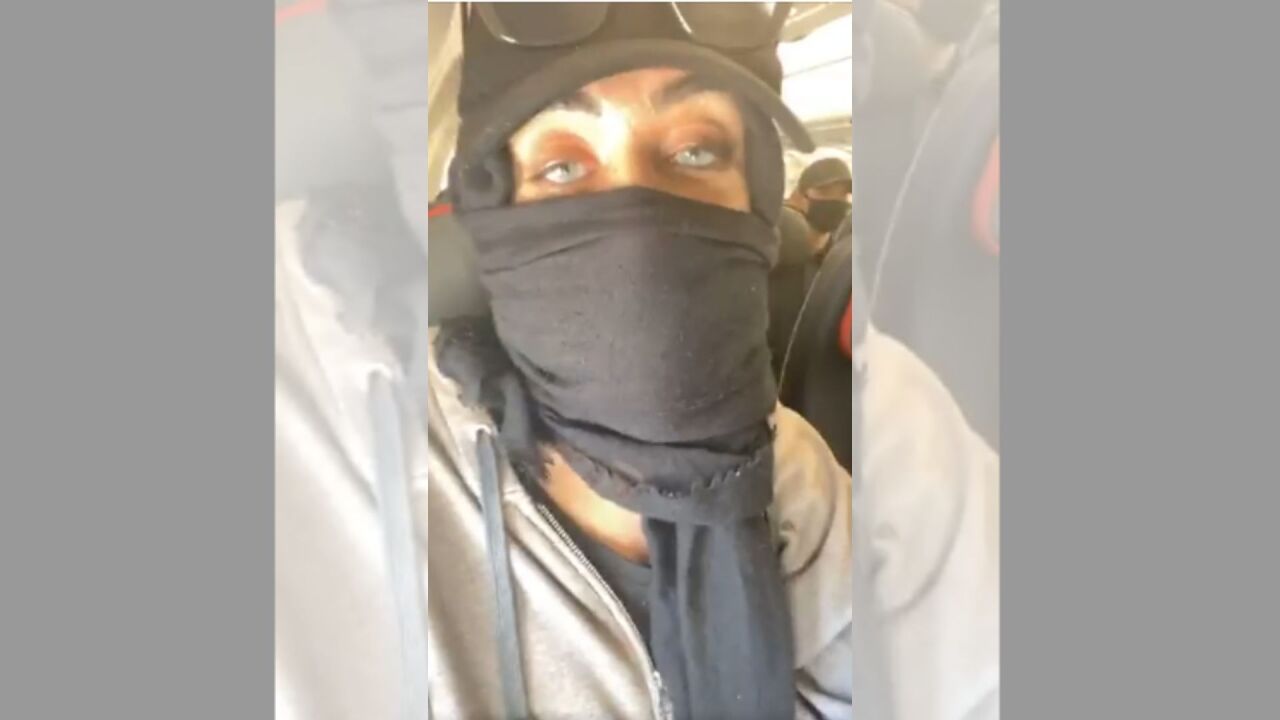 CAIR
American Airlines is investigating after a Muslim woman, identified by CAIR as Amani Al-Khatahtbeh, said she was unfairly removed from a flight at Newark Liberty International Airport on Nov. 14, 2020.

NEW JERSEY — A Muslim woman says she was kicked off of her flight and detained at Newark Airport Saturday morning after a confrontation with a man while going through security.

The national and New Jersey offices of the Council on American-Islamic Relations identified the woman as Amani Al-Khatahtbeh.

According to Al-Khatahtbeh, the ordeal started when she confronted a man who she said cut her in line at the airport’s TSA checkpoint.

“He then proceeded to not only shove his things before mine, but then run through the machine and TSA did nothing,” she tweeted.

Y’all know if I, a VEILED MUSLIM WOMAN, had the audacity to throw a temper tantrum and run through TSA security, I would have gotten BODIED. I would have been detained, missed my flight, possibly gotten charged, etc.

We need to resurrect the @muslimgirl #ShitTSASays column. 3/3

After boarding her American Airlines flight, a passenger recorded videos of Al-Khatahtbeh being told to leave the plane by a crew member and then a law enforcement officer.

In one of the videos, she is heard arguing with a crew member over the reason why she was being ejected from the flight.

“I’m not moving unless he’s also moving. Otherwise why are you taking his word over mine? Because he’s in first class?” she says. “If you’re kicking me off, you have to kick both of us.”

Had to get off my flight because a man asked a Muslim woman to get off the plane. @AmericanAir employees followed his request and gave the woman no explanation pic.twitter.com/ASZYA9Yx7d

Al-Khatahtbeh posted a Facebook Live video while she was seated on the plane, explaining that the crew called for law enforcement to remove her from the flight. She declined to leave the flight unless the man who made the complaint was also removed, at which point the officer told her the entire plane would be deboarded.

At the end of the video, someone forcibly takes Al-Khatahtbeh's phone from her hand and an officer is heard saying, "you're under arrest."

CAIR called on American Airlines to explain why she was ordered to exit the flight and detained, but not the man who allegedly harassed her.

“Although we do not yet know all of the facts about this incident, we do know that American Airlines has a history of mistreating Muslim travelers,” said CAIR National Executive Director Nihad Awad. “The airline must immediately explain why it singled out Amani by contacting the police and ejecting her from a flight based on the word of a man who had allegedly harassed her.”

A spokesperson for American Airlines told PIX11 News they are concerned by the allegations.

“We are aware of an incident that took place between two passengers before and during boarding of flight 2029 at Newark Liberty International Airport. We are concerned by these allegations and our team is working to understand what occurred,” the spokesperson said.

A request for comment from the Port Authority Police Department was not immediately returned.