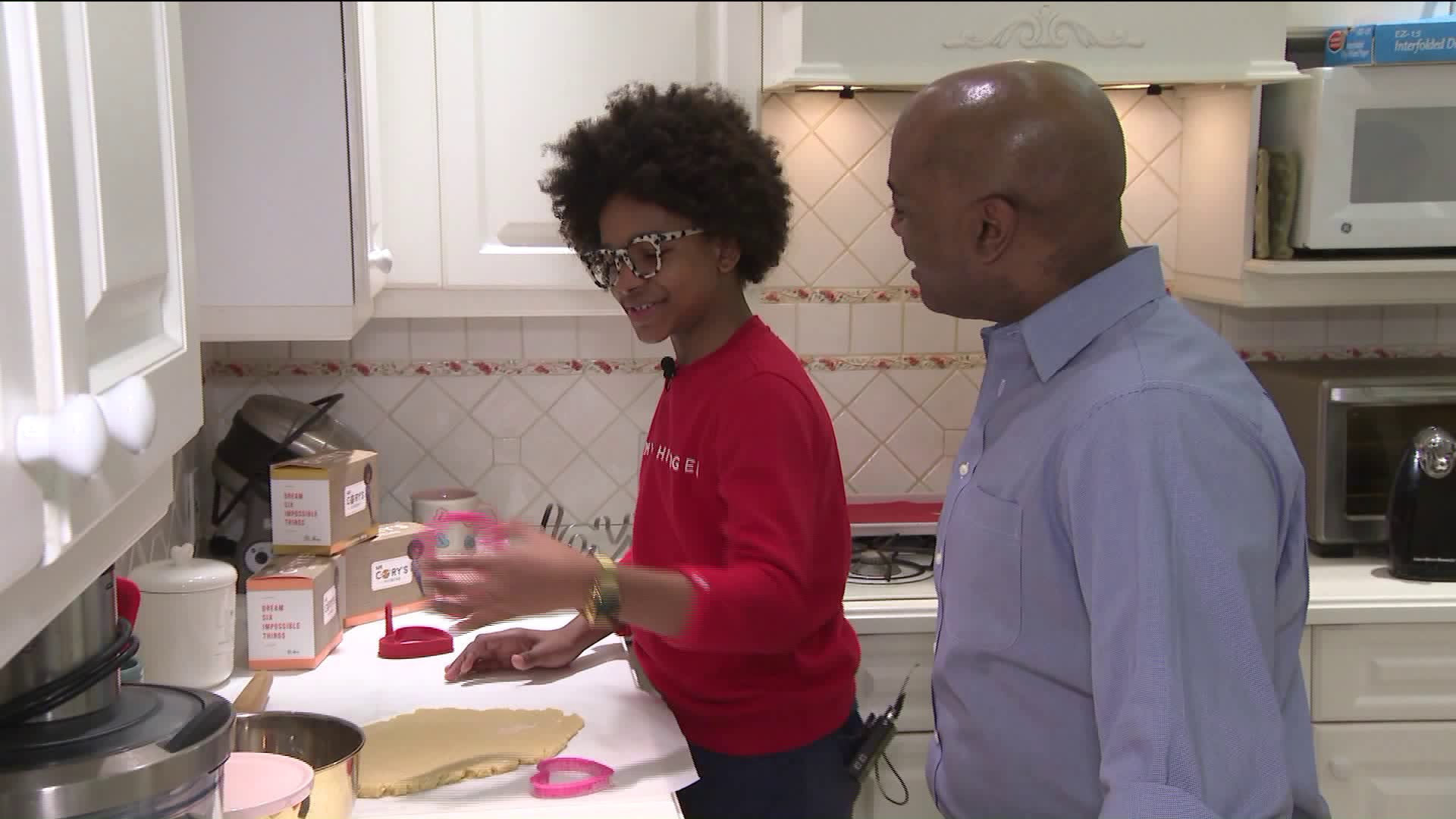 America has a long and storied legacy of Black-Entrepreneurship. If you can believe it, 15-year old Cory Nieves – of “Mr. Cory’s Cookies - began his big-business journey…more than a decade ago.

ENGLEWOOD CLIFFS, N.J. — America has a long and storied legacy of black entrepreneurship.

If you can believe it, 15-year-old Cory Nieves of “Mr. Cory’s Cookies" began his big-business journey more than a decade ago.

"I was selling cookies outside of my house,” said Cory.

It didn’t take long for the company to take off. He and his mother incorporated, fine-tuned their all natural/no preservatives recipes and the rest is history.

"We started getting more accounts, selling online... we sell internationally now. It just started growing after that," he said.

Even better, this 10th grader’s sense of humility is just as satisfying as the cookies he sells to the masses.

A role model who is hands on and really knows his way around his product which became painfully clear as Cory tried to teach PIX11 News' Jay Dow how to bake and decorate Valentine’s Day sugar cookies.

Speaking of cookie mom — real name, Lisa Howard — she wanted her son to have the spotlight during our visit and declined to go on camera.

As Cory led the way in their Englewood Cliffs, New Jersey test kitchen, we also discussed his company’s charity work.

In addition to being a full time student, Cory — who has aspirations to seek higher education at Oxford — has also formed a partnership with the Boys and Girls Club of New York. It's called Mr. Cory's Cares.