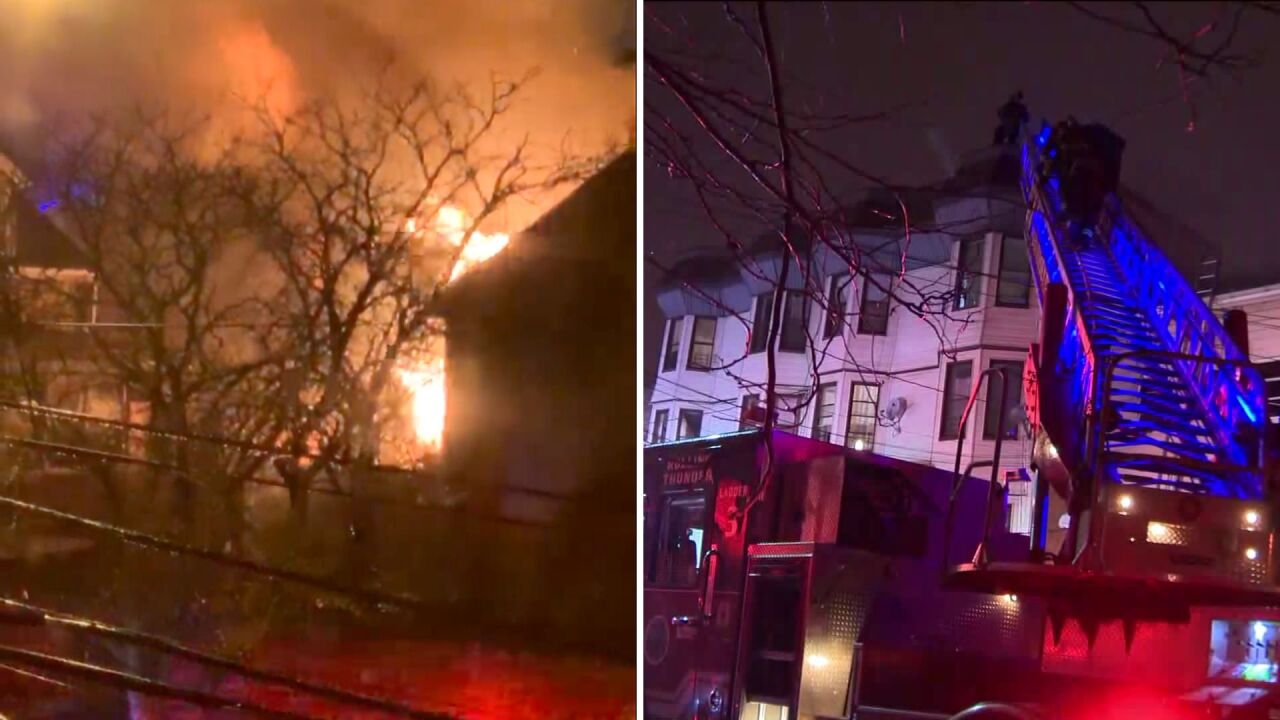 Calls for the fire came in around 3:30 a.m. for flames at a house on Mercer Street, near Baldwin Avenue, in Jersey City, according to officials.

The large blaze grew to a four-alarm and was put under control by around 4:30 a.m. officials said.

No injuries were reported but the fire displaced at least 10 residents from the home hit hardest by the flames, according to officials.

A preliminary investigation found the fast-moving fire apparently started in one of the homes and soon spread across a narrow alleyway to the second home. Three vehicles also caught fire.

The Red Cross' New Jersey branch said on Twitter that their Disaster Action Team was on the scene to assist those affected by the fire.

Our Disaster Action Team is in #JerseyCity this morning to assist those affected by a large #fire on Mercer St.