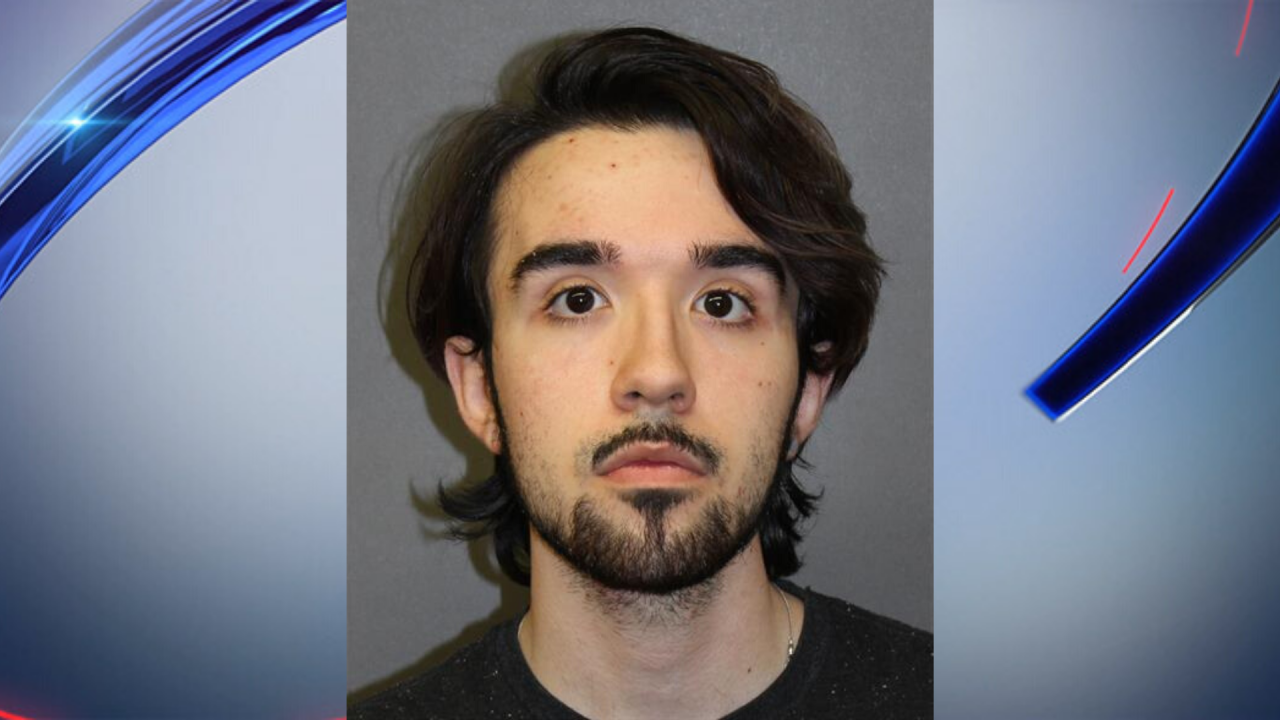 Nicolas Coirazza, 19, is accused of murder in the death of Divna Rosasco (Bergen County Prosecutor's Office).

TEANECK, N.J. — An adult teen and a juvenile were arrested Monday after the body of a missing woman was found in a New Jersey park, officials said.

In their search, officers located Rosasco’s body submerged in a creek at the park. She was covered in a bed sheet with a plastic bag around her head.

The victim's body was weighted down with cinder blocks, rope and duct tape.

Officials said Coirazza was known to the victim’s family and was visiting Rosasco's home in Cresskill when the murder occurred. Authorities said he then enlisted the help of the juvenile to dispose of the victim’s body.

A short time after the victim's body was found, officers found Coirazza and the juvenile attempting to leave the area in an Uber in a nearby hotel parking lot, when they were taken into custody.