Man arrested after scaling ride in NJ, pinning American flag to the top 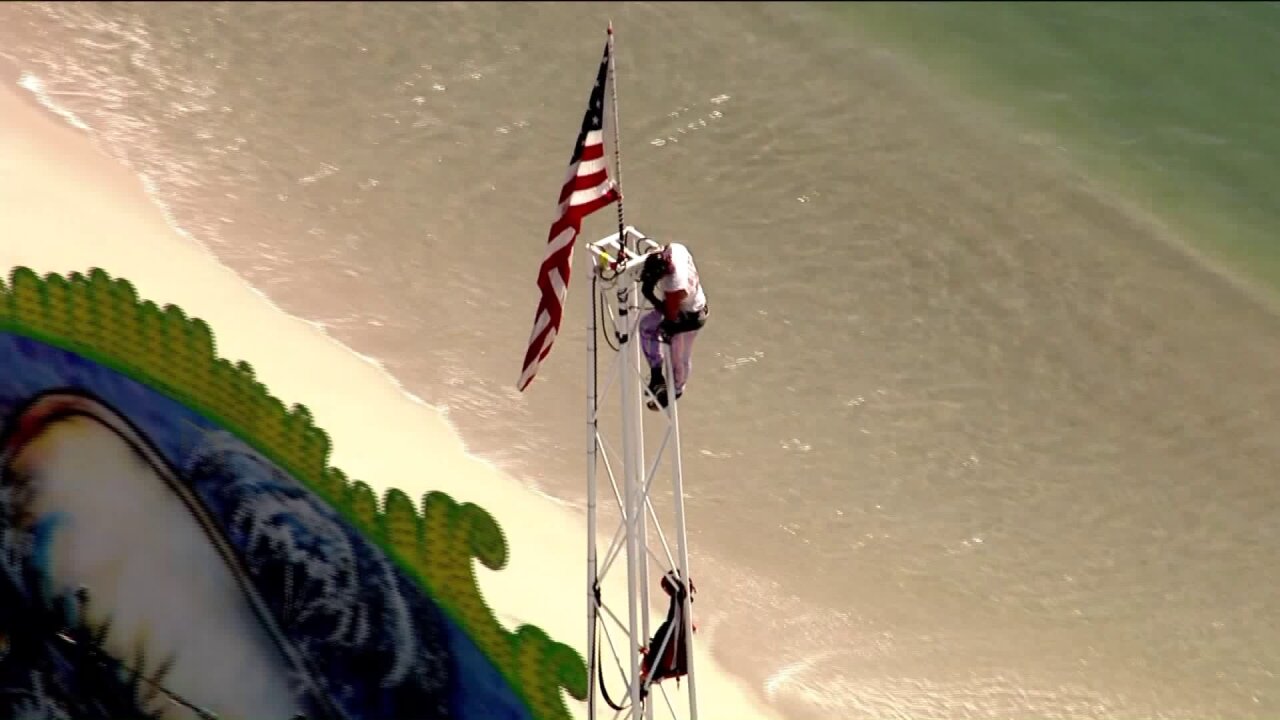 Police arrested a man after he climbed a ride in NJ. (AIR11)

SEASIDE HEIGHTS, NJ — Police arrested a man after he scaled a pier ride in New Jersey and tied an American flag to the top of the ride, officials said.

Officers rushed to Casino Pier early on Monday morning and spotted Chris Angulo, 45, on the Skyscraper ride, Seaside Heights Detective Steve Korman said. Police spoke with Angulo and he told them he wanted a lawyer for a recent arrest in another area along with help with "ongoing personal family matters."

After Angulo spoke with Chief Thomas Boyd, he climbed down from the ride, police said. He was charged with defiant trespass once he was back on the ground.