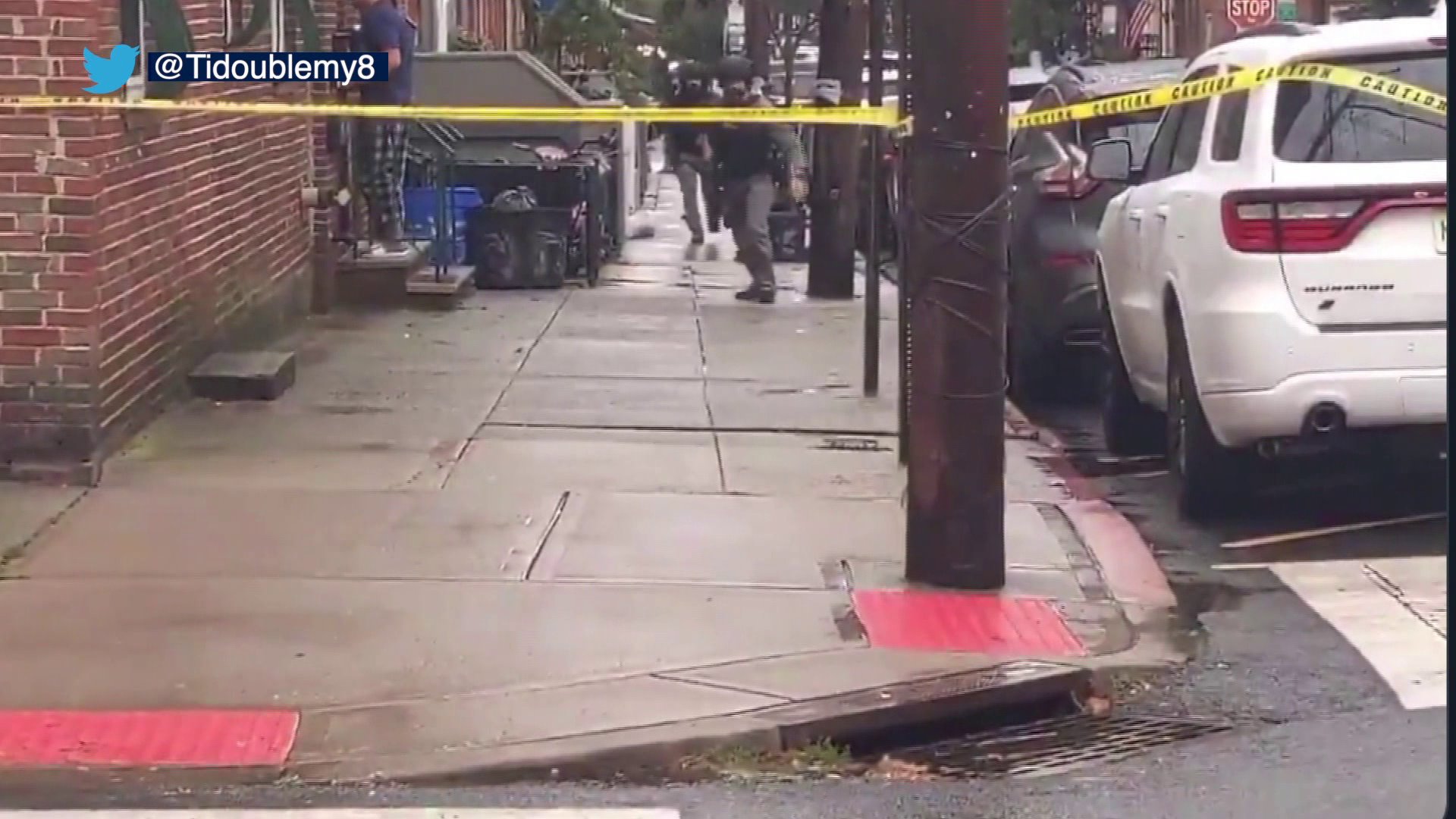 A 41-year-old man has been arrested after a several hours long standoff in Hoboken Friday, police said.

HOBOKEN — A 41-year-old man has been arrested after a several-hours-long standoff in Hoboken Friday, police said.

Friday afternoon, Hoboken police got reports of a potentially endangered family on Garden Street. Authorities attempted to make contact with the family through multiple agencies.

At around 2:30 p.m., police made a second attempt to communicate to the family. In the next hour, they determined they were going to try to enter the building with the information they had. Once the police tried to get in, it was determined multiple people were inside.

Hostage negotiators were promptly called to the scene. After unsuccessful attempts to make contact with those on the inside, one adult woman was safely taken from the house at around 3:30 p.m.

At that time, authorities confirmed a 5-year-old boy was still in the residence. A SWAT team was soon deployed to the scene.

After several hours and multiple attempts to connect with the adult man inside, authorities chose to make entry into the house shortly before 7 p.m., police said.

The SWAT team went in and safely got the 5-year-old boy out. He appeared to be unharmed, police said. The SWAT team also took a 41-year-old man out.

No one was injured from the entry into the apartment.

The 41-year-old man is charged with second-degree endangerment of the welfare of child. The 5-year-old is in his mother's custody and safe.

”I would like to thank the Hoboken Police Department’s School Resource Officers under Lt. Melissa Gigante, and Sgts. Chris LaBruno and David Olivera, the Hoboken Police Department's patrol officers and ESU team under the supervision of Sgt. Luke Zeszotarski, the Hoboken Police detectives under Capt. Gino Jacobelli, and especially Hudson County Prosecutor Esther Suarez, her staff, and the Hudson County Regional SWAT team for the collaboration today which made a highly complicated, concerning and potentially dangerous situation, result in a safe recovery of a 5-year-old boy and successful apprehension of a male, without injury to anyone," said Hoboken Police Chief Ken Ferrante. "The creation of the Hudson County Regional SWAT team by Prosecutor Suarez, once again results in a peaceful and successful ending due to the skills, training and leadership of this team.”

Hoboken Mayor Ravinder Bhalla also expressed his gratitude in a press conference at the scene.

“I’m very grateful to all of our law enforcement personnel, including the Hudson County Prosecutor’s Office and its regional SWAT team, our Emergency Service Unit, detectives and police officers for going above and beyond responding to the scene of a highly dangerous situation tonight," said Bhalla. "Thanks to their quick and provisional response, all individuals are physically safe. My thoughts are with the victims of the unfortunate incident.”