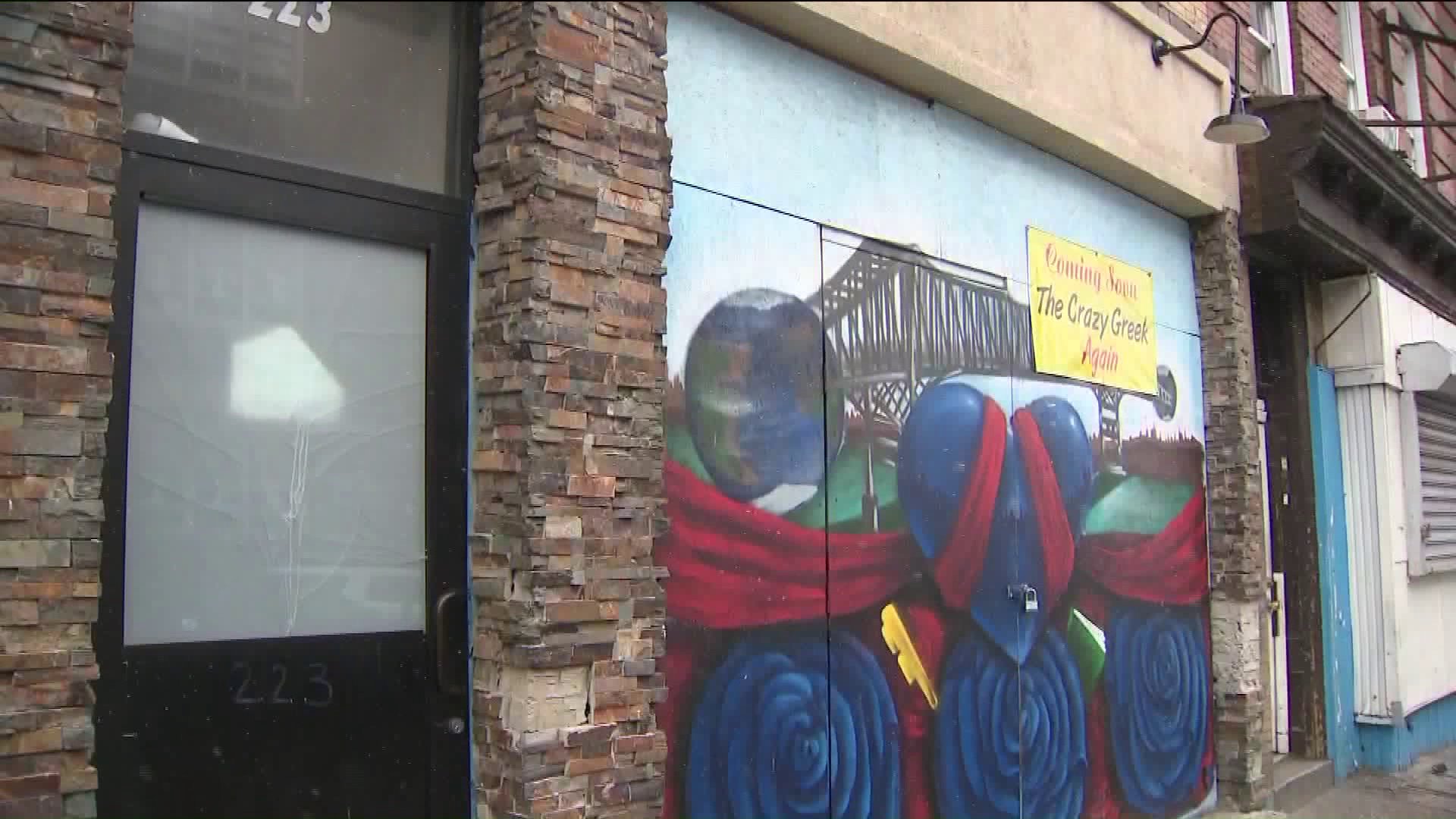 When the grieving husband of Leah Mindel Ferencz quietly moved their kosher market two blocks away from the scene of last December's terror attack, he gave the Jersey City grocery a distinctive name, as he decided to remain in the predominantly Black southern section of town.

JERSEY CITY — When the grieving husband of Leah Mindel Ferencz quietly moved their kosher market two blocks away from the scene of last December's terror attack, he gave the Jersey City grocery a distinctive name, as he decided to remain in the predominantly Black southern section of town.

It's called "Olive Branch" and although Moshe Ferencz, a father of three, has shied away from publicity, members of the Orthodox Jewish community here told PIX11 News the name has significance.

He was "calling it 'Olive Branch' to show we are all one, created in the image of God," Rabbi Shmuel Levitin of Chabad Young Professionals said.

The new market has smaller glass doors than the original one on Martin Luther King Drive and the name is not featured on the entrance. But re-opening was important.

"The Jewish community here in Jersey City has planted roots for five years," observed Rabbi Moshe Schapiro, director of Chabad Lubavitch of Hoboken and Jersey City. "They're committed to staying."

When David Anderson, 47, and his girlfriend, Francine Graham, 50, stormed out of a stolen U-Haul truck on Martin Luther King Drive and marched into the market last December 10th with an AR-15-style rifle and a 12-gauge shotgun, they killed Ferencz' 32 year old wife, employee Douglas Rodriguez, 49, and shopper Moishe Deutsch, 24, a rabbinical student from Brooklyn.

Both Anderson and Graham were killed also, after a prolonged gun battle with police.

Shortly before the carnage at the market, the two had fatally shot Jersey City Police Detective, Joseph Seals — a 39-year-old father of five — at nearby Bay View Cemetery. Police believe they'd also fatally shot a cab driver in Bayonne the weekend before, during a robbery, putting his body in the trunk of his vehicle.

Anderson, who once served in the U.S. Army, had left behind social media posts and notes with anti-police and anti-Jewish sentiments. A pipe bomb was also found in the U-Haul.

A law enforcement source told PIX11 News at the time Anderson was affiliated with a group called Israelite Church of God in Jesus Christ, which had a storefront in Jersey City and espoused beliefs that Blacks were the real Jews.

Shortly after the terror attack, the organization issued a statement saying "We are not a hate group."

Yet in the year since the attack, federal officers have fanned out across the region — and the nation — to learn more about Anderson's affiliations. In July 2020, PIX11 News received photos from a source in Boardman, Ohio, who said FBI agents with New York plates were asking questions about David Anderson and the white van he and Graham were living out of in the months before the attack.

Anderson purchased the weapons he used in the shootings in Ohio, and he had an address there.

Back in Jersey City, Mayor Steven Fulop — the grandson of Holocaust survivors — said his administration was working hard to forge productive relationships between Orthodox Jews and residents of color.

"I'd like to think that in January, February and March, we made a lot of progress," the Mayor said, "and we aren't hearing the same sort of rhetoric we were hearing in the days afterwards. I feel like things are okay now," the Mayor continued, "and we're thankful for that. And once the pandemic is behind us, we'll start again with the round-table discussions."

"The media has not done justice for the Black community for a very long time, so we always get the headlines when something happens,"she said. "There were no tensions, there may be misunderstandings and not a relationship, but we're not enemies here."

Johnson is concerned about violence impacting other groups in Jersey City, including women of color.

"We just had a mother of four, Aiesha McFadden, killed a couple of days ago, two doors away from where that incident happened," Johnson said, referring to the market shooting. "We didn't get any national headlines for Aiesha and her four children."

Michael Wildes, who is serving pro-bono as attorney for the widow of Douglas Rodriguez, is trying to get a U-Visa for Martha Rodriguez.

Wildes is also the Mayor of Englewood, New Jersey, and he met the widow a day after the tragedy last December.

"And I told her point blank, 'Your husband was a Jew,'" Wildes recalled. "He died to protect 50 young children."

Wildes reminded us that Rodriguez "opened the door so that another person who had been shot could escape through the back. But he stood guard, because he knew there were fifty children behind there."

"Whatever her husband did was not just magnificent, it was biblical in nature."