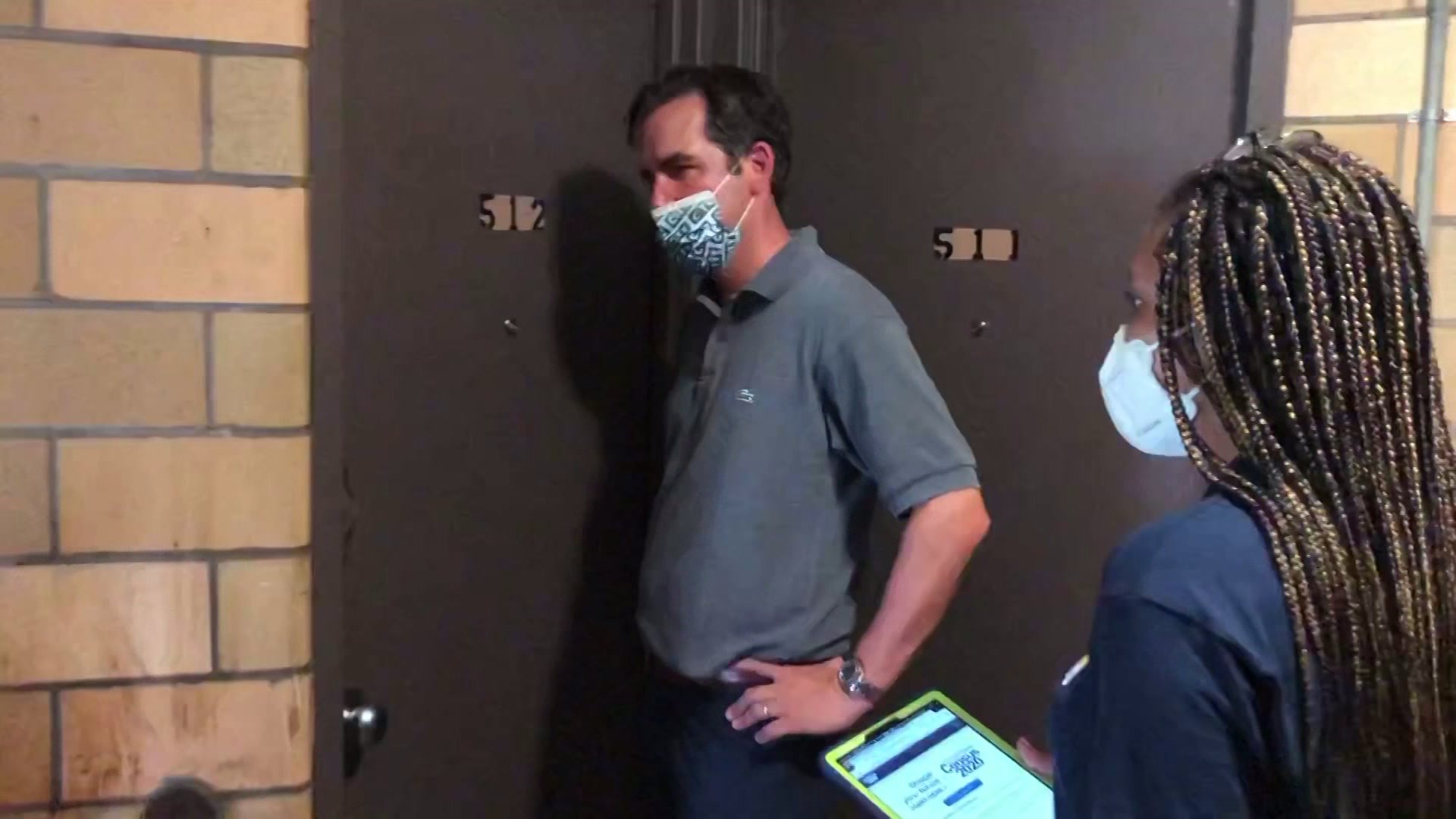 Jersey City, one of the most undercounted cities in America in the 2010 Census, is ramping up efforts to change that in 2020.

JERSEY CITY — In the 2010 census, Jersey City was among the most under-counted cities in the nation.

In an effort to avoid that from happening again. officials there hit the ground running Thursday, urging residents to get counted.

It was a knock at the door that took many residents at the Holland Gardens housing complex in Jersey City by surprise.

With news that Jersey City is lagging behind the rest of the state when it comes to filling out the 2020 census, Mayor Steven Fulop, along with census officials, spent a good part of Thursday knocking on doors, urging residents to get counted.

"Today Jersey City is approximately 50% in the response rate which is significantly lower than the state of New Jersey which is at 62%," Fulop said.

Area officials zeroed in on on Thursday doesn’t just have the lowest response rate in the city but within Hudson County with a rate of just 33.3%.

"There’s a quote that says you have not because you asked not," said City Council President Joyce Watterman. "So this morning we are asking that people in this area to please register for the census, because we need to hear your voice."

With $1.5 trillion in federal spending up for grabs which would provide funding for local highways, schools, infrastructure, there’s plenty at stake.

While census officials say obstacles range from language barriers to not having access to the internet, residents on the ground say it has more to do with trusting the system that has done little to help them in the past.

There are several pockets of concern across the New York City area, where the current response rate is at 54.2%.

While the pandemic derailed a bulk of the outreach efforts, NY Regional Director of the Census Bureau Jeff Behler says there's still plenty of time to turn this around.

If you are among those who have yet to fill out the census, officials stress that the process is simple. You can get it done in a matter of minutes by logging onto the census website.