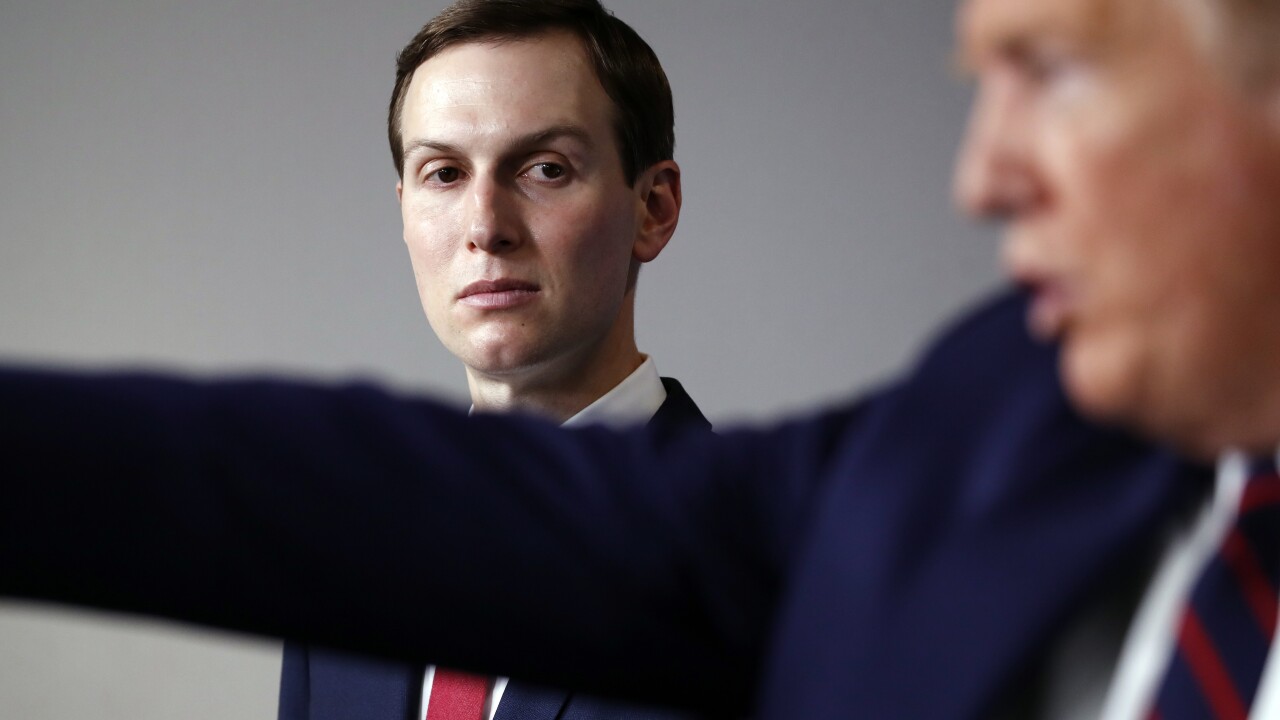 Alex Brandon/AP
FILE - In this April 2, 2020, file photo, White House adviser Jared Kushner listens as President Donald Trump speaks during a White House press briefing in Washington. Jersey City has reached an agreement in a lawsuit by White House adviser Jared Kushner’s family’s company that claimed the city tried to sabotage a $900 million residential tower project out of political animosity toward Kushner’s father-in-law, President Donald Trump. According to Jersey City Mayor Steven Fulop, the project will go forward without a tax abatement that was at the center of the lawsuit. (AP Photo/Alex Brandon, File)

Under terms of the agreement obtained by The Associated Press, the project will move forward and Journal Square Partners, of which Kushner Companies is a principal investor, will release the city from all claims provided certain benchmarks are met.

The city’s redevelopment authority is scheduled to vote on the settlement early next week.

Jersey City Mayor Steven Fulop says the project will go forward without a tax abatement that was at the center of the lawsuit.