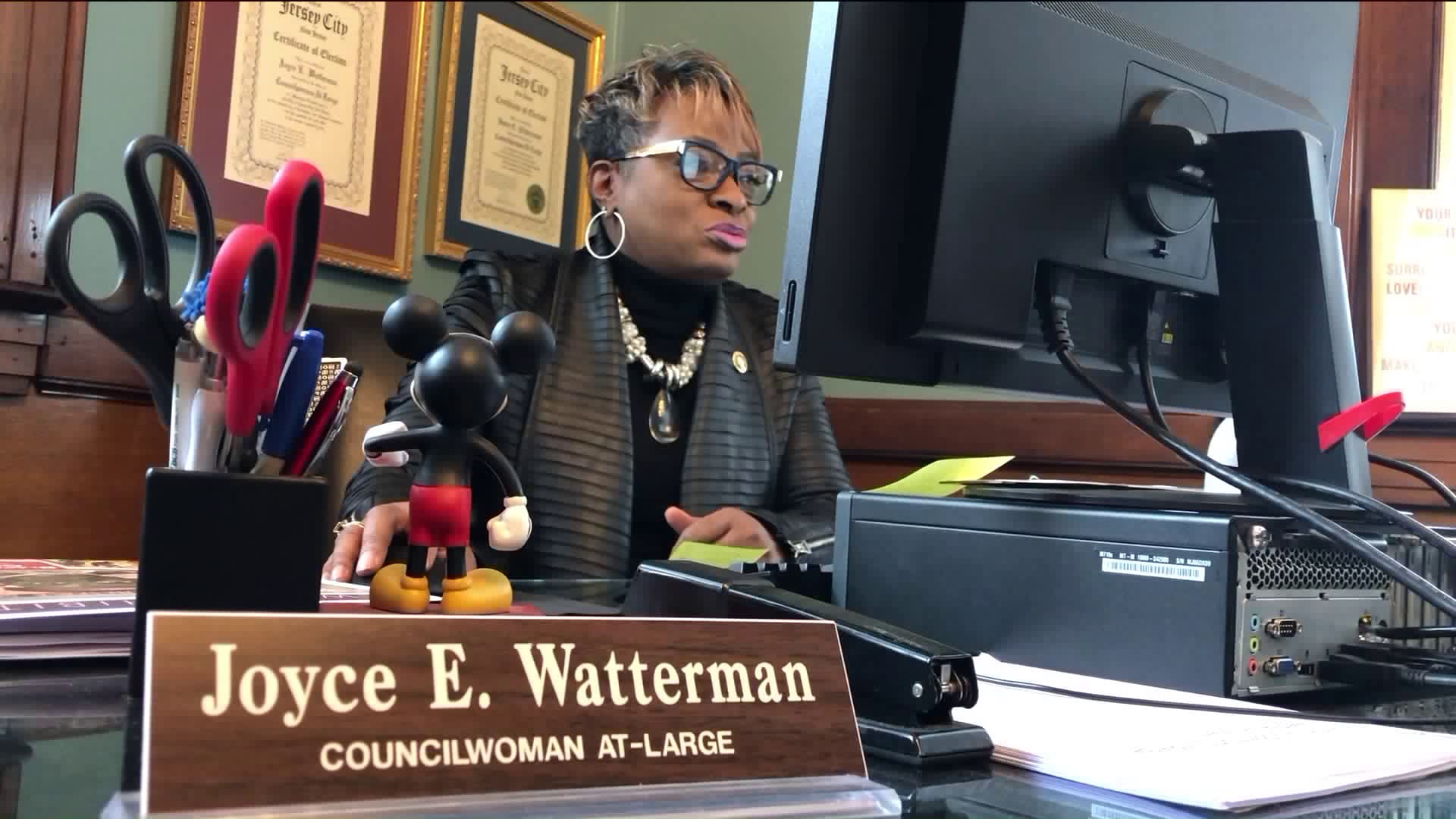 An African American woman is heading up Jersey City’s Council for the first time in history. Appointed on January 2nd, Joyce Watterman is the second woman to ever serve in the role of council president.

JERSEY CITY — An African American woman is heading up Jersey City’s Council for the first time in history.

Appointed on January 2, Joyce Watterman is the second woman to ever serve in the role of council president.

"It gives hope. Not just to other African American women but to other minorities," said Watterman.

A pastor and mom of three, Watterman is from the west side of the city.

"I grew up in a place called Marion Gardens, which is public housing," she said.

The cost of housing in this rapidly growing city is one of the key issues she wants to tackle as council president.

Watterman was appointed unanimously by her colleagues.

She gave a special thanks to her mother.

Last month, a city council meeting got tense when members voted to approve a question for the ballot in November: should Jersey City school board members be elected or appointed by the city?

School board president Sudhan Thomas was recently arrested for embezzlement and bribery.

"If you put a referendum on the ballot, people can tell you exactly what they want. It’s up to them, it’s not up to us," said Watterman. "We just did a referendum saying, what do you want us to do? The choice is really yours."