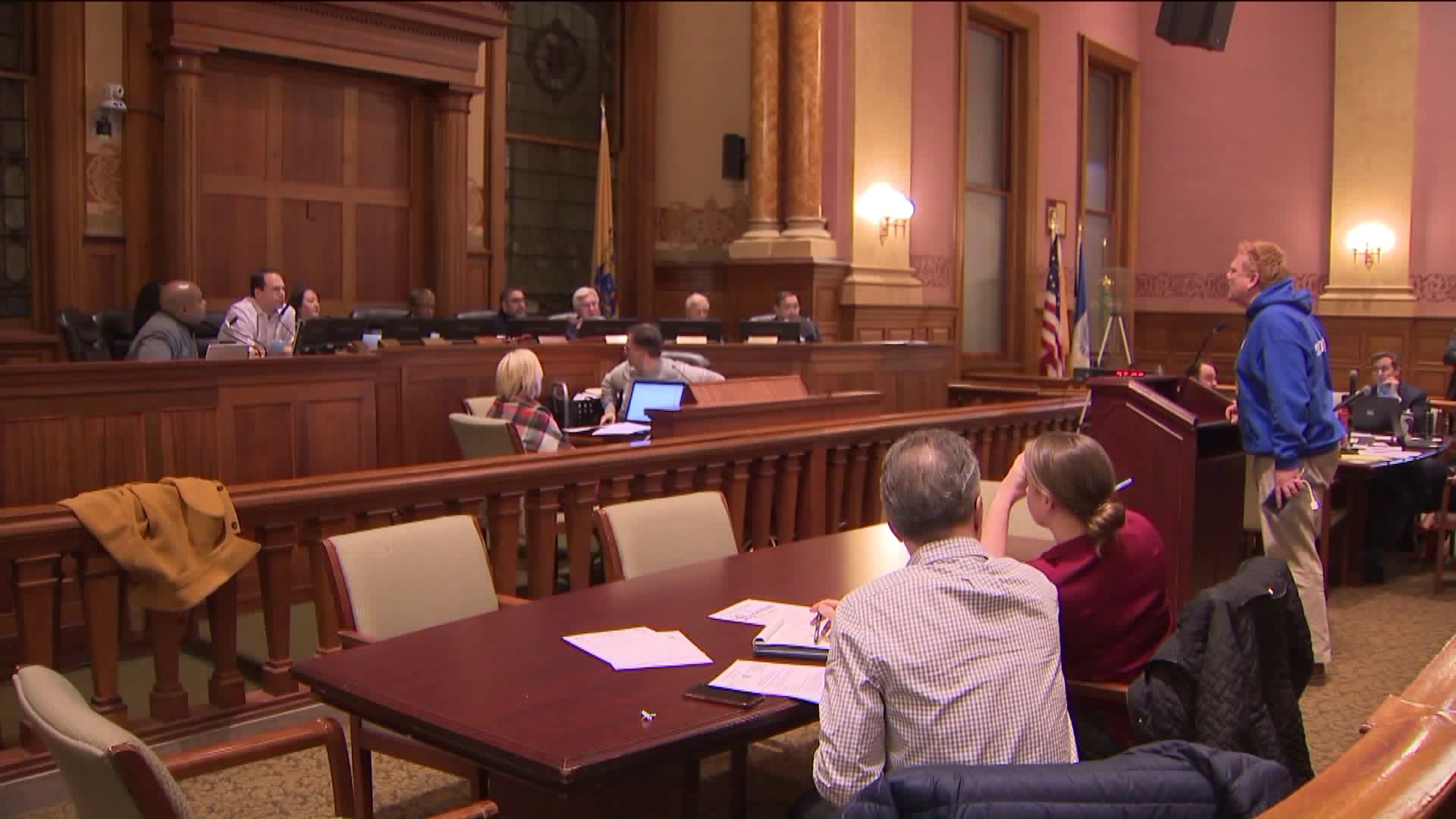 Mayor Steven Fulop says he just wants to fix one of the most dysfunctional school boards in the country.

JERSEY CITY — Jersey City Mayor Steven Fulop says he wants to fix, at least temporarily, one of the most dysfunctional school boards in the country.

One by one, parents, teachers and union leaders sounded off at a city council meeting Wednesday night, speaking out against the mayor's plan to put board of education seats under his control.

The meeting got so heated, it even brought fighting words out from Councilmember Jermaine Robinson.

“Last night’s council meeting became out of control and I’m sincerely apologetic for my response in the heat of the moment," he said in a statement.

"As an elected official I should remain calm and collected even when faced with hostility. And last night, I did not. For that, I sincerely apologize.”

All of this as the city council voted to put the controversial proposal on the ballot in November. Right now, the spots on the Jersey City Board of Education are filled by an election.

“This is one of the most dysfunctional boards in the country and the kids and teachers suffer ultimately and tax payers suffer,” Fulop explained.

The mayor tells PIX11 he wants to fix the school system and the mayoral appointed system would only be temporary, for one term, adding the council could reverse the referendum if the board of education runs smoothly in the coming months.

“We’re going to set strict rules around pay-to-play to make sure the public feels comfortable,” he said.

Parents PIX11 News caught up with today say it may happen again, because it’s not about politics, it’s about the 35,000 kids in the Jersey City school system.