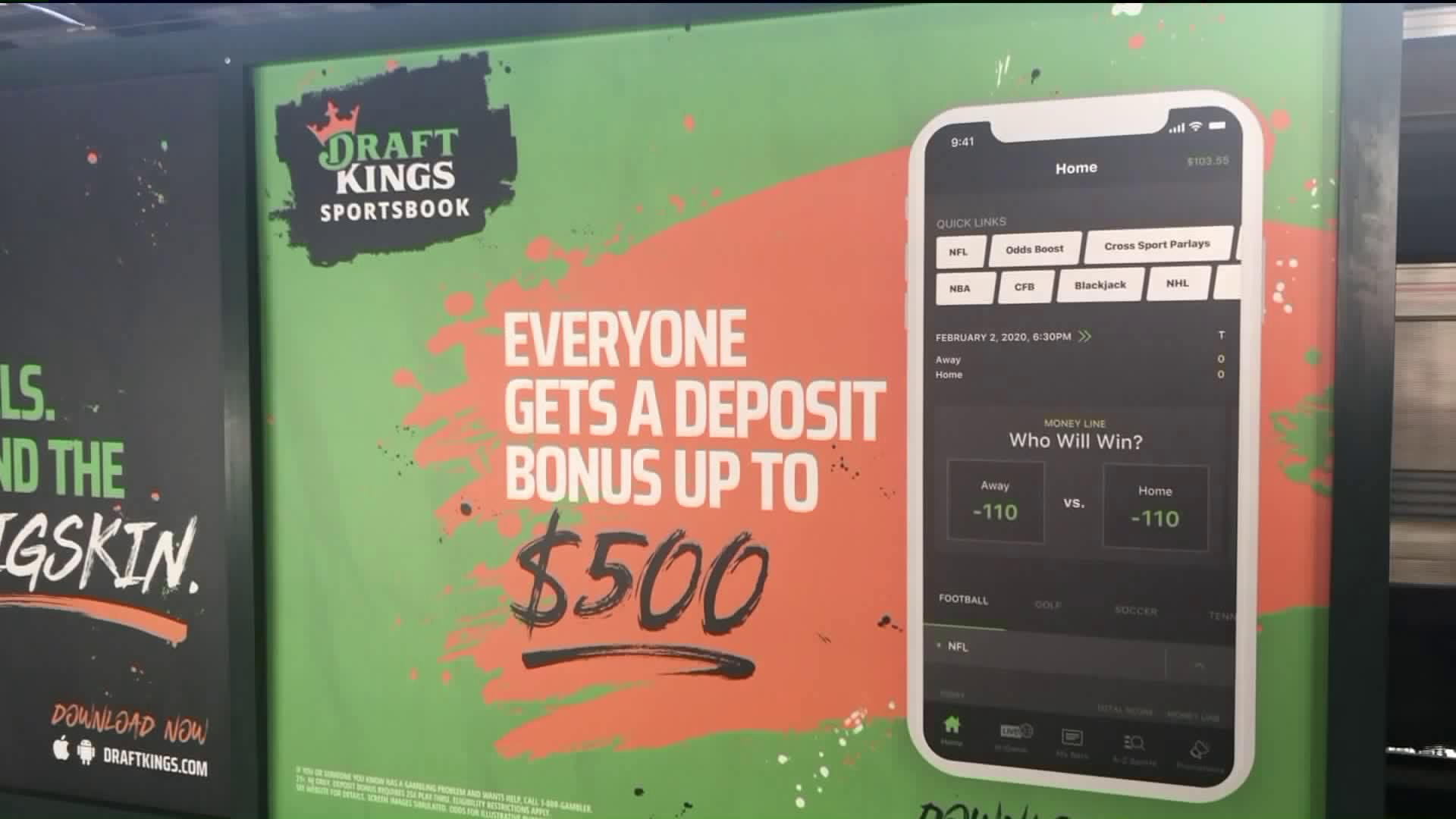 It’s been called sports betting tourism, and because New Jersey is right next to New York, the Garden State is profiting from the practice in a big way. So big, in fact, experts in the gaming and tourism industries speculate that the days of New Jersey’s dominance in sports wagering may end in the not-too-distant future.

JERSEY CITY — It’s been called sports betting tourism and because New Jersey is right next to New York, the Garden State is profiting from the practice in a big way.

So big, in fact, experts in the gaming and tourism industries speculate that the days of New Jersey’s dominance in sports wagering may end in the not-too-distant future.

For now, though, the Garden State’s prominence is evident. At the NJTransit station in Hoboken, dozens of ads for DraftKings, one of the giants of the online betting industry, are plastered on walls and on fences between trains.

It’s a graphic reminder, literally, of how big sports betting is in the state and how important promoting it near transit hubs connecting New Jersey to New York is.

At least one online gaming site, FanDuel, has told Bloomberg News that at least 22 percent of its online wagers come from New York.

How it works was apparent at the PATH station in Hoboken. It’s the first stop in New Jersey on the train line after it picks up passengers from five stops in Manhattan, the country’s wealthiest potential market.

New Yorkers go from the city to sports bars like Texas Arizona, right across the street from the Hoboken PATH train, to watch games and place bets online.

They do so in a state where it's totally legal, but having come from a state where it's banned. They’re able to do so because the geolocation software on their smartphones or other devices show the New Yorkers to be in New Jersey.

Other New Jersey residents made clear that they appreciate the practice.

“They come across the river. It makes sense,” said Vladimir Gomez, a Hoboken resident. “[It’s] not a long distance.”

She said that she doesn’t gamble, but that she, like another non-gambling Hoboken resident, Nicholas Rutigliani, but sees how it benefits them, since New Jersey taxes every betting dollar.

“They’re making money off it, so it's beneficial to New Jersey,” Rutigliani said. “I think New York is just losing money.”

His assessment was echoed by an expert in the field.

Donald Hoover, a senior lecturer in hospitality and tourism management at Fairleigh-Dickinson University, said that the windfall from New York to New Jersey can't last forever.

“It's certainly going to happen,” Hoover said about the prospect of New York making online sports betting legal. “It's just a matter of time.”

In the meantime, New Jersey’s juggernaut in the industry continues. It’s second only to Nevada for sports betting revenues, as one of New Jersey’s biggest online gambling outfits, 888 Holdings, affirms.

“2019 was a landmark year because it was the first full year where legal sports betting was available in the state of New Jersey,” said Yaniv Sherman, head of commercial development for 888 Holdings, in a statement.

“The state led the pack in legalizing sports betting and the results speak for themselves. The market has consistently grown throughout the year, along with a record-breaking November and December during which almost half a billion dollars were wagered. This is resulting in significant tax income for the state, as well as a healthy, competitive and safe landscape for players and operators alike.”