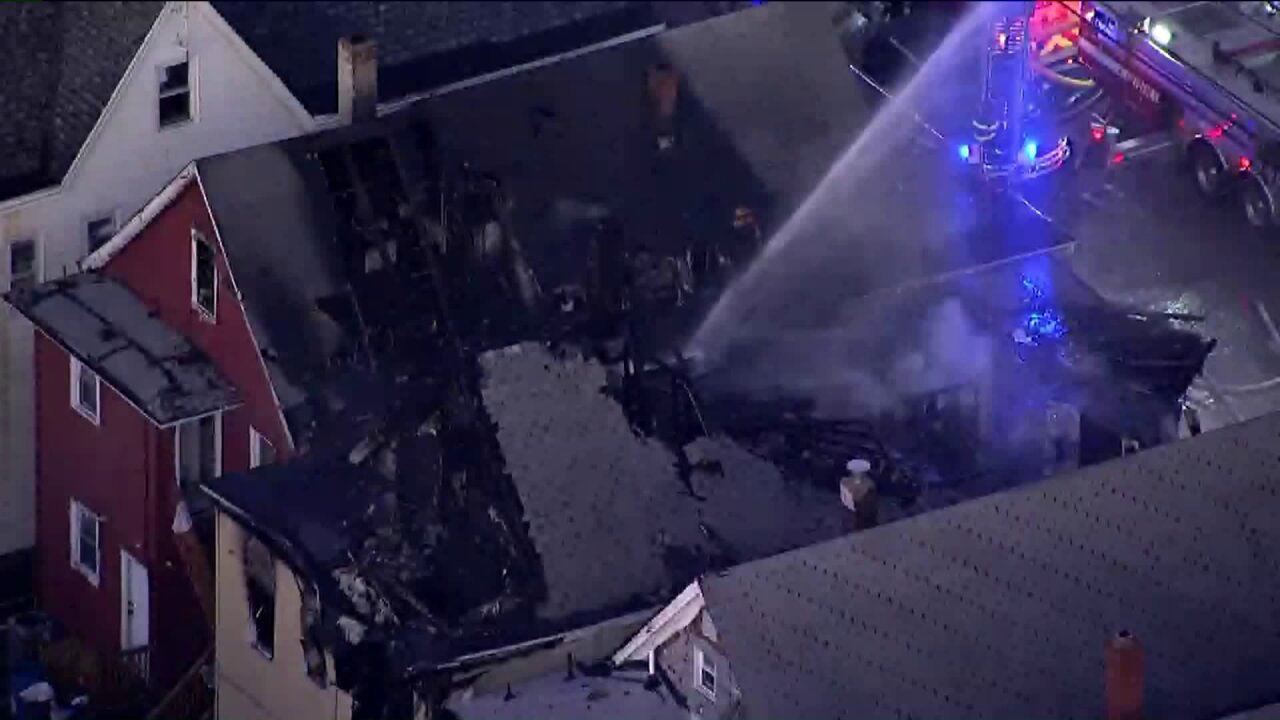 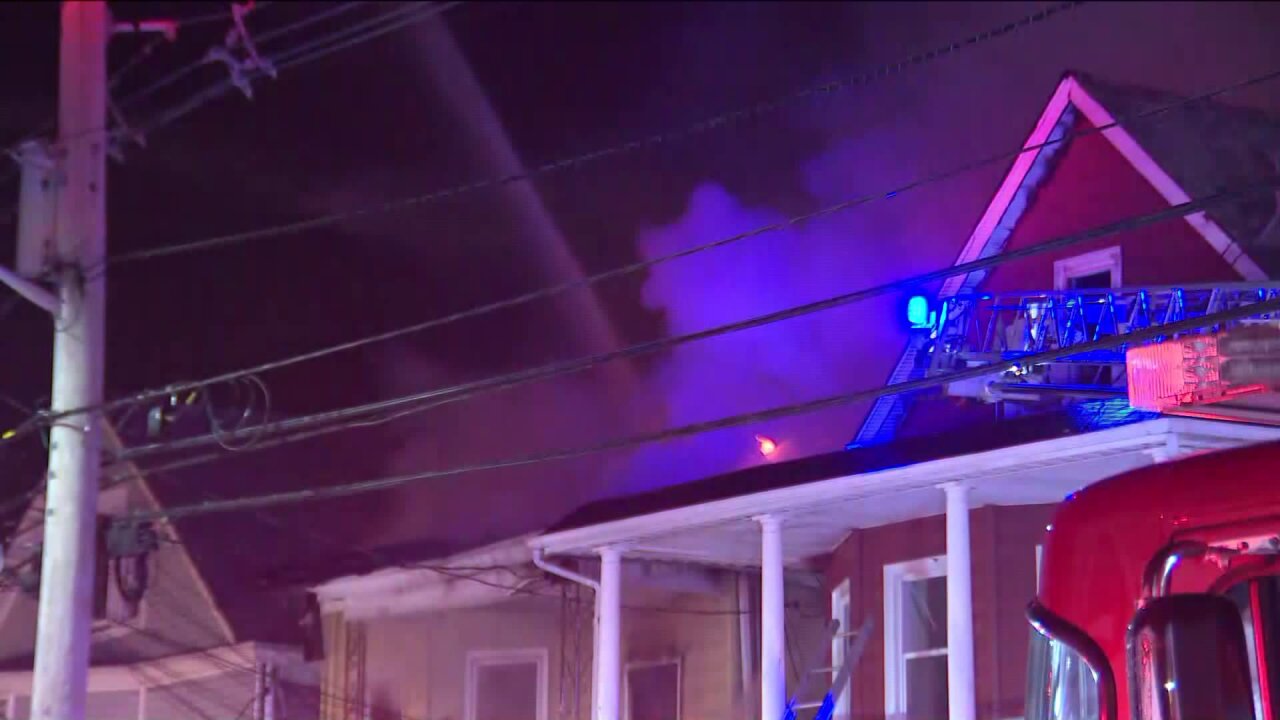 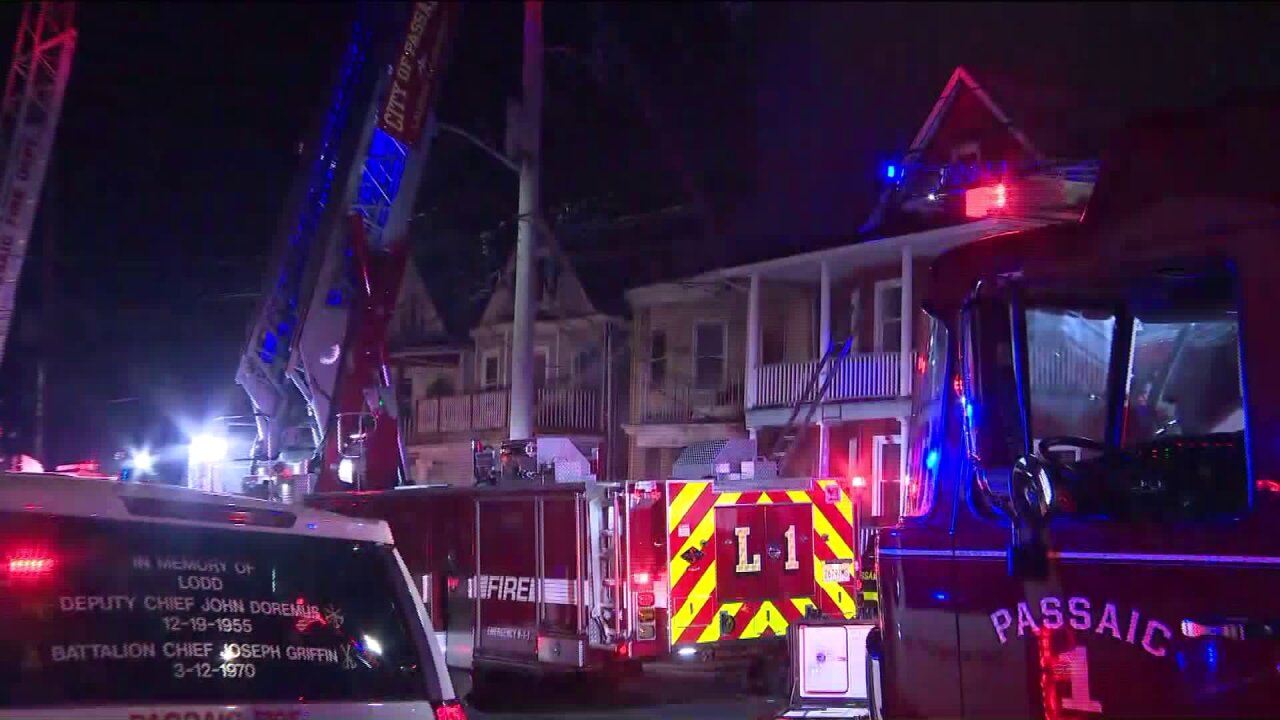 PASSAIC, N.J. — Firefighters in New Jersey battled a blaze that ripped through multiple homes on a residential street early Monday, according to fire officials.

The call came in just before 4 a.m. for a fire in a home on Jackson Street in the city of Passaic, Fire Captain John Kayowyk said on the scene.

The three-alarm fire eventually spread to two houses on both sides of the original home, authorities said.

AIR11 was over the scene Monday morning and showed the roofs of two of the homes had appeared to collapse.

One firefighter was hospitalized with non-life threatening injuries, officials said. Their condition was not immediately known.

Officials said about 22 people were displaced by the fire.

Firefighters were still on the scene operating as of 6:30 a.m.