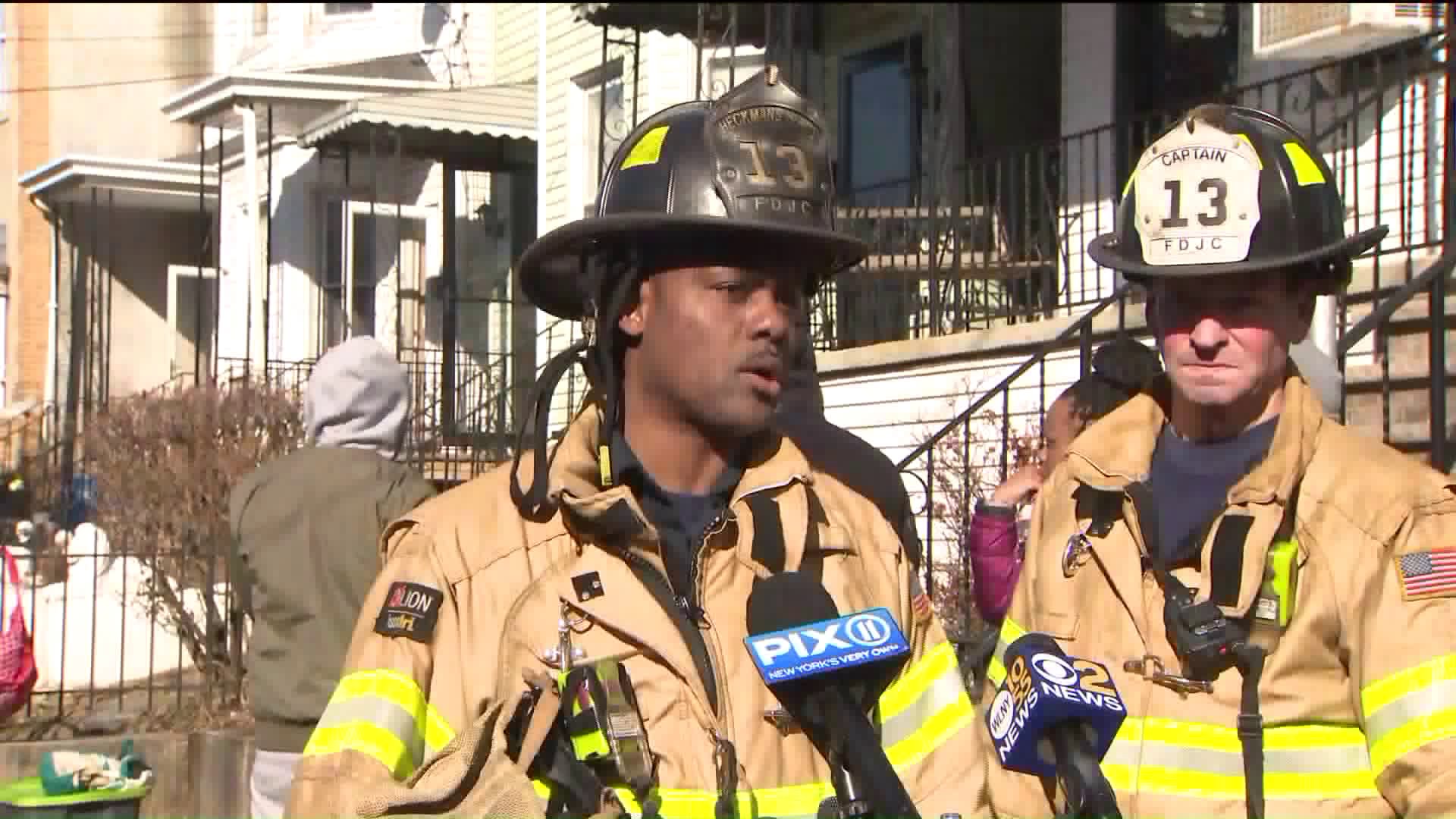 A hero firefighter is receiving praise for his efforts in Jersey City.

JERSEY CITY — One Jersey City firefighter is being called a hero for helping people who were trapped in a burning building.

As the flames tore through multiple houses, Keneyada Thompson — an off-duty firefighter — noticed and sprung into action, alerting the fire department and running in to help himself.

Civilians, including a New Jersey Transit worker, also rushed into the home with Thompson in a case of neighbors helping neighbors.

AIR11 was over the scene as flames tore through a New Jersey home Tuesday morning.

Firefighters could be seen just before 8 a.m. working to put out the three-alarm fire in a three-story house on Orient Avenue, near Martin Luther King Drive, in Jersey City.

According to Jersey City Mayor Steven Fulop, the fire spread to a house next door.

No injuries have been reported at this time.