A fire tore through a historic Elizabeth, New Jersey church overnight into Sunday morning, according to officials. 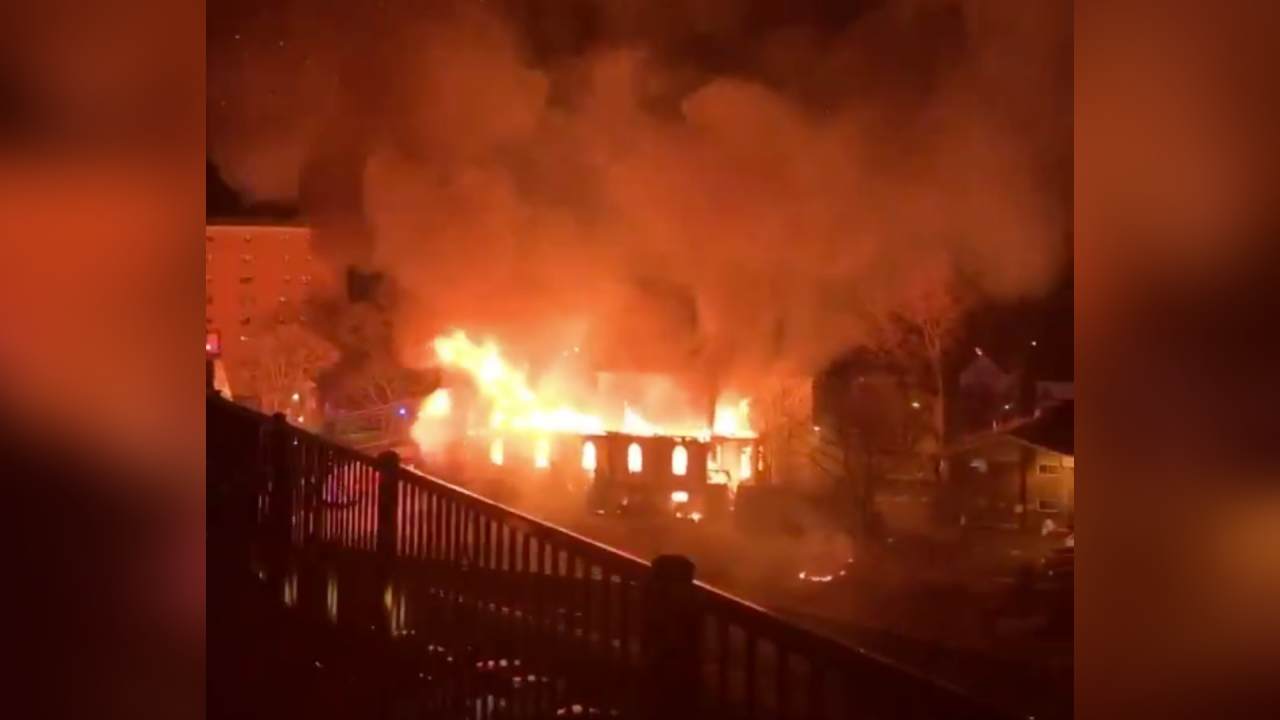 ELIZABETH, N.J. — A fire tore through a historic Elizabeth, New Jersey church overnight into Sunday morning, according to officials.

It happened at the Shiloh Baptist Church at 95 Murray Street in Elizabeth at around 3:15 a.m., reaching four alarms.

Firefighters from several department arrived within minutes and discovered the church fully engulfed in flames, making it challenging at times to extinguish.

No one was inside the church at the time and no firefighters were injured.

The church dates back to 1879. Pastor William Ingram, who’s been with the church for 24 years, said the church was a staple in the community, offering outreach programs for the homeless including a soup kitchen and clothing ministry.

Pastor Ingram says he hopes to rebuild, and he has support from neighboring churches.

Crazy fire next to the apartment broke out in Elizabeth NJ - this was after it calmed down a bit - escaped back to Staten for the night so we could breathe 🙏🏼 prayers up - Shiloh Baptist Church 🙏🏼 #fouralarm #elizabeth #nj pic.twitter.com/V2asuizs4O