Dr. Jonathan Holloway takes over as President of Rutgers during tumultuous times 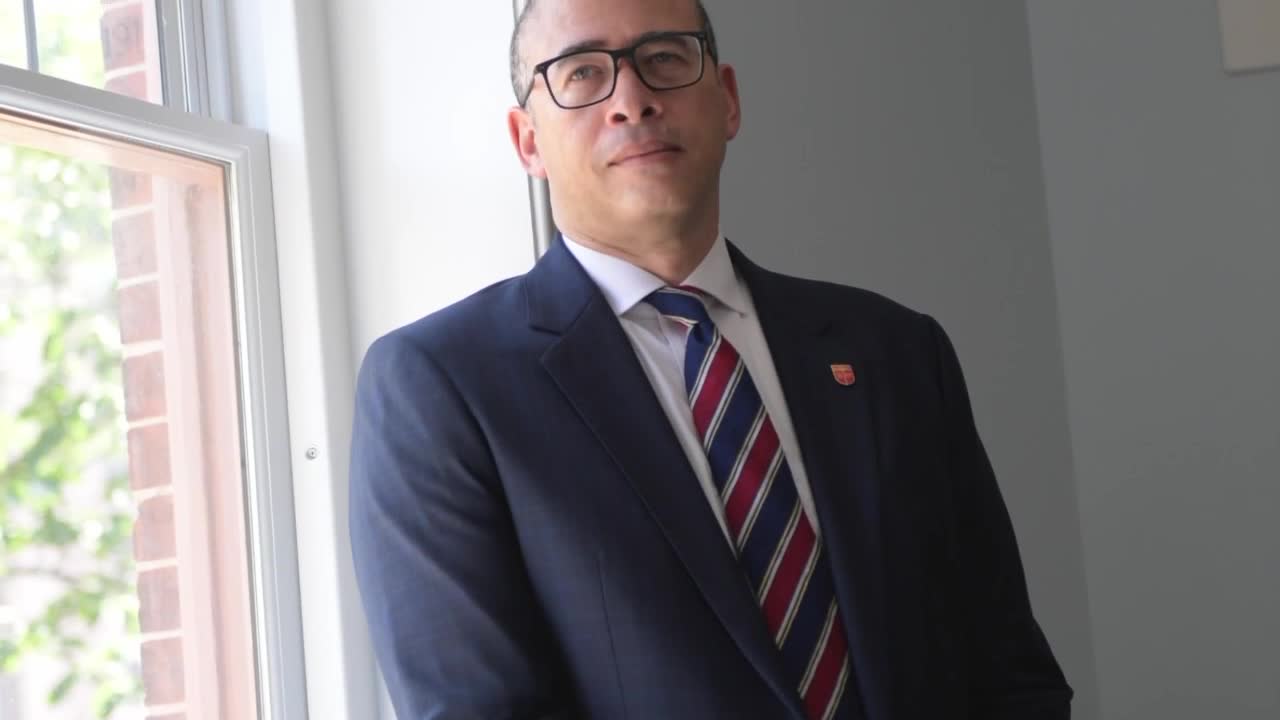 Dr. Jonathan Holloway, a married father of two teenagers, is taking on the biggest job of his career at Rutgers University.

NEW YORK — Dr. Jonathan Holloway, a married father of two teenagers, is taking on the biggest job of his career.

“For me, part of my job is to raise external expectations,” he says. “So Rutgers needs a cheerleader, somebody walking around saying I expect all the best things from this place.”

"That place" is Rutgers University, the 8th oldest college in America and one of nine colleges chartered before the Revolutionary War in New Brunswick, New Jersey.

“I have no doubt that there any number of talented individuals, African Americans or other people from different races, who could have been tapped to run Rutgers before me. The challenge for these people is to get enough of the right people in the room who are ready to believe that also," Dr. Holloway said.

Holloway is a doctor of history, specializing in African American Studies and holds a bachelor’s degree from Stanford and a PhD from Yale. He is the author of two books and hopes to author a new chapter of excellence at the prestigious university.

He also joins the institution at a pivotal moment. Several. A coronavirus crisis shutting down campuses and now prompting a new teaching model for the fall, based on social distancing. Not to mention the financial hit to the school.

But there’s also the continued crisis of confidence in the solutions to combat racial bigotry and police brutality, as well as the reckoning of historical figures with racist pasts. One such figure is revolutionary war hero and slave owner Col. Henry Rutgers, after whom the school is named.

Holloway says there is no plan to strip his name from the university.

“I am unconcerned about what the slave owner Rutgers thought about me, my concern is about how he treated the people, that’s a whole other problem," Dr. Holloway said. "But his inability to imagine me is his problem.”

Dr. Holloway does take pride in the university’s efforts to recognize the past, from the walkway outside of its original Queens College building, the foundation laid by a slave named Wil, a walk christened as Wil’s Way to the campus housing complex named after abolitionist Sojourner Truth, who was once owned by a member of the Rutgers family. There's also the James Dickson-Carr library named after the university’s first Black graduate, who graduated in 1892.

Dr. Holloway, himself the great-great grandson of slaves, a revelation learned later in life that inspired him to become an historian, is humbled when he reflects upon their sacrifice.

“These people, I want to believe that they were doing everything they did, to make sure that I would have the opportunity to everything I’m doing," he said. "The fact that they could probably not have imagined me, is hard to swallow but that is the cruel knowledge of this country.”