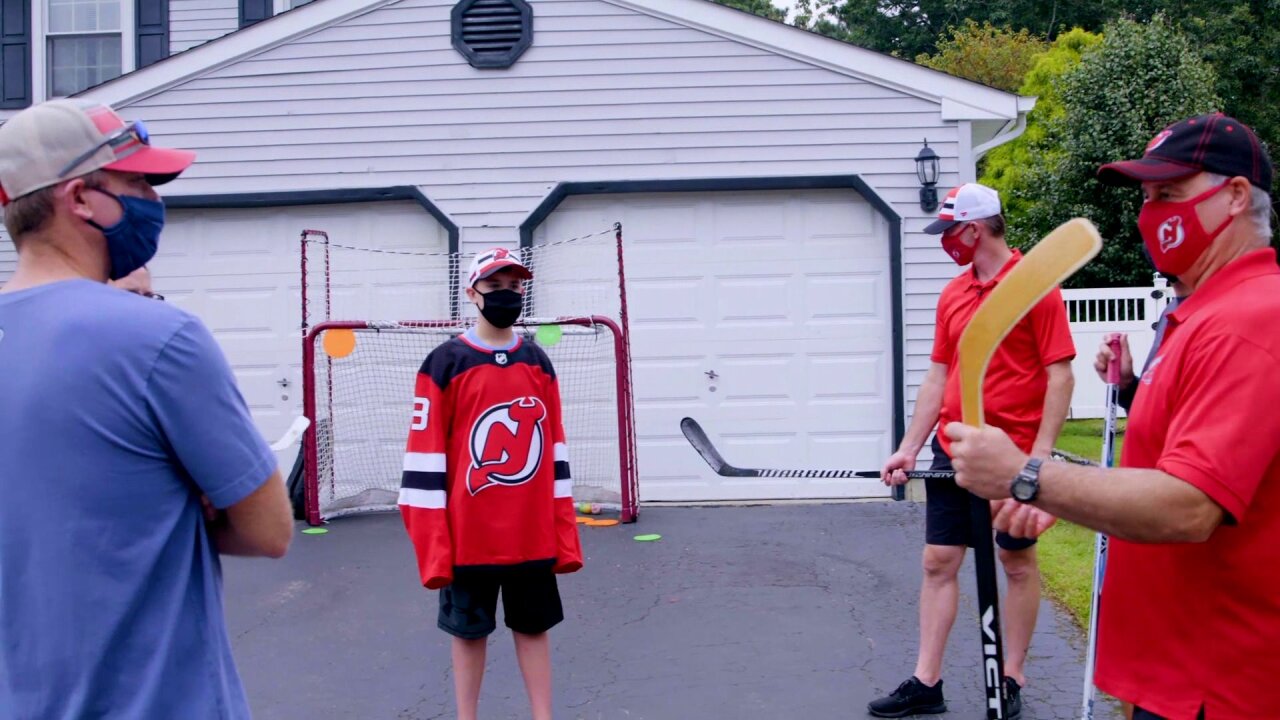 TOMS RIVER, N.J. — Wednesday was day two of the NHL Draft and while much attention will be given to the top picks, it was a sleeper pick by the New Jersey Devils who is stealing the headlines.

The team selected a 13-year-old native of Toms River. And he's already had to overcome his share of obstacles to earn his spot on the ice.

The scouting report on right winger Reilly Hoagland reads something like this: serious demeanor with an accurate slap shot. Pay no attention to the dents in the garage door, those were put there by his dad Sean.

As a member of the Toms River Blackhawks, he's won some big games traveling up and down the east coast and while he's not known to drop the gloves on the ice, off it he's one heck of a fighter.

The genetic disorder causes thick mucus to build up in the lungs making it tough just to walk, forget about a two-minute shift. His mother Laurie says whether at home or on road trips, he must make sure he doesn't miss a treatment.

But for Reilly, once he steps on the ice, it's a chance to escape from the daily grind of his treatment.

"When I think about hockey, I think it's a way to step aside from cystic fibrosis and just play the game," he said.

You can't question Rielly's dedication to the game. Which is why Devils General Manager Tom Fitzgerald decided to draft Rielly during the 2020 NHL draft.

"Rielly ,on behalf of the entire New Jersey Devils organization, I'd like to welcome you and your family to our family," Fitzgerald said. "I've heard a lot about you from your speed, your shot, your passion, your commitment, all things we value as a New Jersey Devil."

The dream came true for the 13-year-old after he reached out to the Make-A-Wish foundation back in November.
Reilly knew exactly what to ask for.

"I just like the Devils since I was a young age and I love the sport of hockey and they're my hometown team. It would be kind of weird being a Rangers fan if I lived in New Jersey."

This week Devils alumni Grant Marshall and Bruce Driver stopped by Reilly's house to welcome him to the team, drop off his draft day hat, his new jersey, and of course take some shots in the driveway.

The team even shared his story during their Tuesday night daft coverage, unfortunately, Reilly was busy.

"I have practice at the time of the draft so all of my teammates aren't going to be able to see it live," he said.

But the Devils say there will be plenty of opportunities.

Once the pandemic is over, he'll have the chance to hang out with some of his new teammates.